This is a short book about two key opponents in the air battle over the Pacific War in 1943-44: the F4U Corsair and the A6M Zero-Sen. As such, you get a number of inter-twined narratives for the price of war: this is a book about the two aircraft's design and development, a book about the battle for Rabaul and the Solomons, and a book about the air battle itself, and its participants. Written by Michael Claringbould, an Australian whose career in the Foreign Service took him to many of the locations in the book, as well as being a licensed pilot with a deep interest in the Pacific air war, this book is both immensely readable and balances the technical detail with the narrative flow.

What makes this a particularly good read are the myriad of photos and beautifully drawn maps and illustrations by Jim Laurier and Gareth Hector: these bring the narrative to life and make this both a fascinating read and a beautifully drawn reference tool too. It is not a long (softback) book - 80 pages in total - but that in itself works in its favour. It tells its tale in exactly the detail needed without getting lost down rabbit-holes and leaves the reader effortlessly educated. I think Osprey Publishing have got themselves an excellent format here and I will certainly be reading more in the series.

Available in softback on Amazon for £11.35 (and on Kindle for £8.69), I would recommend the former to get the full benefit from the photos, illustrations and maps (unless you have a particularly snazzy Kindle e-reader...). 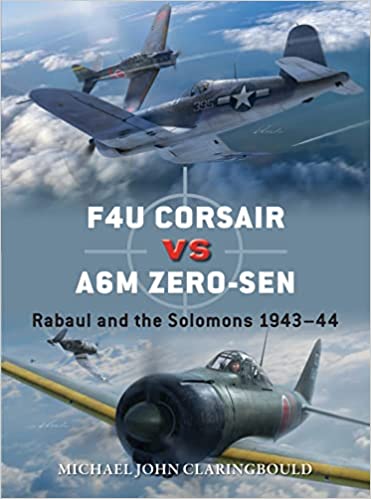