In 2016 I started work on the Tamiya 1/32nd scale Viper. The project stalled for a variety of reasons, mainly issues with the kit itself and the building of the Corsair from the same range. For various reasons I haven't been at the bench since before the summer last year. Finally I decided to pick this one up again. 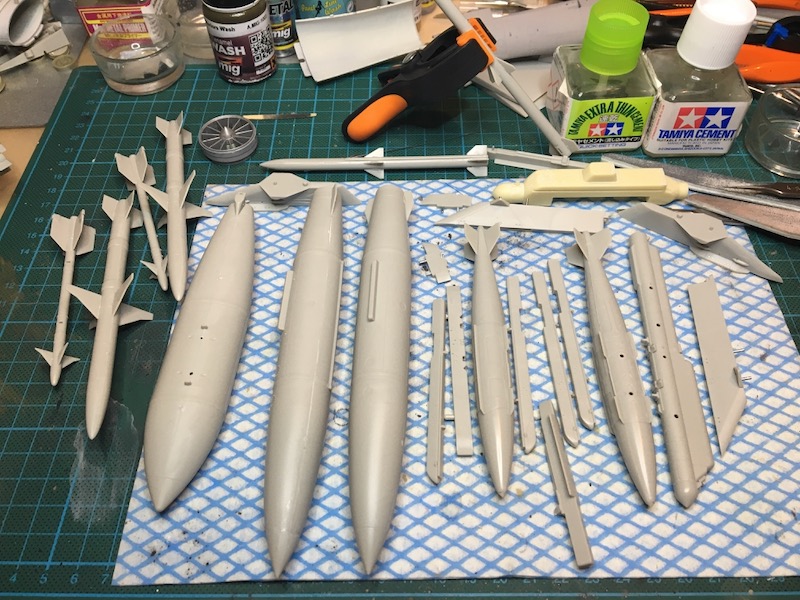 I want to kit mine out for the SEAD role, two underwing tanks, two sidewinders, 2 HARMS and 2 AMRAAMS, HTS and sniper pod. The kit comes with the AN/ALQ-184 ECM pod but that needs to be changed to the ALQ-131. Unfortunately it requires a completely different central (station 5) pylon for mounting. I'll need to try and bodge one up at some point.
You must log in or register to reply here.