Extreme anti-Woke among the young

Dafty duck said:
In short, he (and many others) think you're an idiot and we don't care what you think.
Click to expand...

lokiuk said:
Indeed, and no one ever gets famous by going "look at meeeee'
Click to expand...

"Think of my feelings"

I'm too busy getting on with life, my own life, thanks... getting enough work in, paying the bills and so on.

I don't need to be constantly virtue-signalling and telling people I understand. Nor am I particularly interested in its sex life - if indeed it has one (and yes, 'it' is grammatically correct; 'them' being a pronoun and 'used as the object of a verb or preposition to refer to two or more people or things previously mentioned or easily identified'). Nor do I accept that mine is the minority view; it seems to be rather in the majority (which is what seems to be upsetting our little cherub).

If someone has angst over their sexuality, that's their burden. It's not inflicted. We live in a time when being understanding overrides everything - including the day-to-day of, well, everyone else, frankly.

Hence making the point that no-one is any more important than anyone else.

Standing by for the next barrage of random words dressed up as intellectual and moral superiority...

That's the thing I've got gay friends, and might make rather a lot of jokes, but there is never any malice intended

Life is is too short to worry about stepping on eggshells

It's the intent, not just the words themselves that should be the matter

Going "He's behind you" doesn't make you a homophobe for example

Most people are live and let live, but to be labelled, racist, transphobes, homophobes etc for the most imagined slight can get well silly
Join me at Torn-City - MMRPG , meet interesting people and put them in hospital. Join up here: https://www.torn.com/2322286

enpointe said:
yes you have contradicted yourself

because you have thus far

conflated physiologicals sex traits with the durable biological concept of Gender Identity ( or perhaps every reputable endocrinology learned body, every reputable psychiatric learned body - generally saying to summarise ' trans folks aren't mad, and the evidence says correction of the hormonal milieu is proven to improve other mental health difficulties , though the primary cause of trans folks mental health difficulties are clinically illiterate puce faced harumphers who insist that middle school textbooks are correct - the irony of course is thanks to the concern trolls most trans people have had mulitiple mental state, mental capacity and 'sanity' assessments and have far better documented evidence of their sanity than the majority of the population claiming to be sane )
Click to expand...

There are two sexes. Male and female.
Put the thesaurus away and accept reality.
You're reality may not reflect the actual reality, which comes under the mental abnormality area of my previous posts.
Billions of people on this planet have billions of different opinions and beliefs, but most of us just get on with life and try not to cause bother to anyone else, or scream for attention because we feel inferior and being the centre of attention helps boost our egos.
One more time...There are two sexes....Male and female.
'Hey Limedogs, while youse are over here, your wives are getting shagged...' 'Yeah, and while we're here so are yours!'

enpointe said:
ah SPaG flaming the last resort of the desperate who are intellectually incapable of countering the thrust of the point being made or are unable to accept that their minority viewpoint is unsupported by the evidence base and the operational policy of the NHS
Click to expand...

Have you ever been introduced to the concept of full stops and paragraphs?
I was gender fluid until I evaporated...
C

endure said:
Have you ever been introduced to the concept of full stops and paragraphs?
Click to expand...

Look at you, with your outmoded ideals...

lokiuk said:
Indeed, and no one ever gets famous by going "look at meeeee' 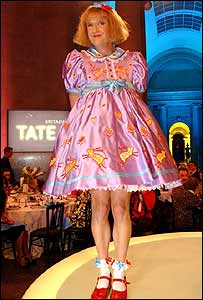 ...but in most cases they are laughing at him, not with him...
In the career of glory one gains many things; the gout and medals, a pension and rheumatism....all of these fatigues experienced in your youth, you pay for when you grow old. Because one has suffered in years gone by, it is necessary to suffer more, which does not seem exactly fair.

Wokism is just degenerative female thought.
Conservatism is the thought patterns of male visionaries.
"If you're harmless, you're not virtuous you're just harmless. If you on the other hand have the capacity to be a monster, but you choose not to be - then you're virtuous."
- Kermit the frog 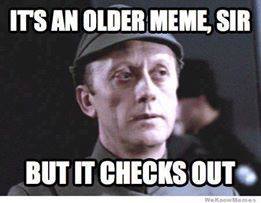 The idea of two sexes is simplistic. Biologists now think there is a wider spectrum than that.

ste14w said:
There are no grey areas here.
It's male or female.
Anything else is a mental or physical abnormality.
No amount of foot stamping or thcweaming until you make yourself thick will ever alter that.
Click to expand...

No, there are 3 sexes. Male, Female and Hermaphrodite.

Gender is a personal mental, physical or trained choice.

For what it’s worth, I lean towards the two gender viewpoint: - Prostate-Negative (PN) and Prostate-Positive (PP).

Anything else is a social-construct based around surgery, hormones, life experiences or flaky theories.

The important thing isn’t how someone labels themselves (or others), it’s whether or not they’re a decent human being.

lokiuk said:
I was always told to put the conclusion first, on the basis that might be the only bit that is read, and if they have to wade through pages of detail to get to the conclusion they might just not bother at all
Click to expand...

That is how to write all reports.
Most managers don't read any further.
NULL
C

I'm not sniggering at the inclusion of the attack helicopter.

One shouldn't snigger at attack helicopters. For too many years now, they've had the Hind teat in terms of gender awareness. It's wreaked Havoc in mental health terms.

Anyone who thinks this all a load of Hokum is an insensitive beast.

Book Reviewer
PS: The Italians have the Mangusta.

Thought the Italians would have gone Castrato
New website...

And Essex, east of London innit blud
Join me at Torn-City - MMRPG , meet interesting people and put them in hospital. Join up here: https://www.torn.com/2322286

Can Long Bailey's re tweet really be considered anti semitic ?
7 8 9