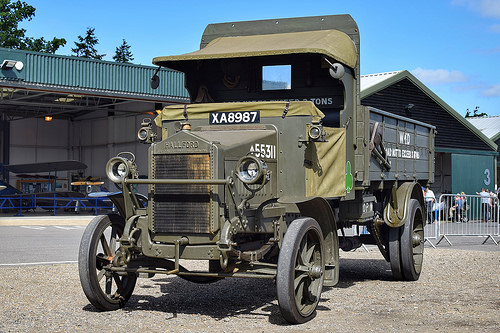 Halls were not interested in the private motorist, but chose the commercial sector as the more promising market. In 1906 they acquired a licence to manufacture chassis for buses, lorries and other heavy motor vehicles from the Swiss firm of Adolph Saurer, makers of internal combustion engines since 1888 but producers of commercial vehicles only since 1903. Halls called their vehicles 'Hallford', after the company's telegraphic address. By 1907 they had three or four prototypes one of which, a three-tonner, took part in the Royal Automobile Club's Commercial Motor Trials, gaining a gold medal (the highest award in its class) and a special diploma. With such an accolade progress was swift. Halls built a motor workshop north of their main works on a site of many acres which had once been the orchard and market gardens from which John Hall senior supplied his stall at Covent Garden. By 1911 the company had replaced the Saurer patents with an engine of its own design and was producing a variety of models up to five tons' capacity.
The Hallford was a rugged but very adaptable vehicle. Public transport operators put a bus body onto the chassis and some of these buses appeared on the London streets under the Tillings banner, but the vehicle was essentially a lorry. The leading brewers equipped whole transport fleets with Hallfords, which were also bought by haulage contractors, the London County Council and other local government departments, and by export agents for shipment to buyers in Australia and South-East Asia.
Before the war, the War Office introduced a system of subsidies for privately owned commercial vehicles which conformed to certain regulations and had passed a number of rigorous road tests, the idea being that the vehicles would be at the government's disposal for war purposes. As it happened, war broke out before the scheme had become fully operational and Halls were obliged to produce lorries of all kinds at great speed and in quantity to satisfy the urgent demand for war transport from Britain and her allies. From 1914 to 1918 Hallford lorries carried the products of British munition factories to the Channel ports and ploughed through Flanders mud to feed the guns and tanks. There was another, coincidental, connection between Hallford and tank warfare. Halls' chief commercial vehicle designer had been C.W.Wilson, inventor of the epicyclic gearbox and other important contributions to motor technology. He was also one of the inventors of the tank.
Following the Great War, Halls found it hard to achieve the same results in the vehicle market and eventually ceased vehicle production in 1925, but the company remains; making refrigeration equipment and escalator motors. 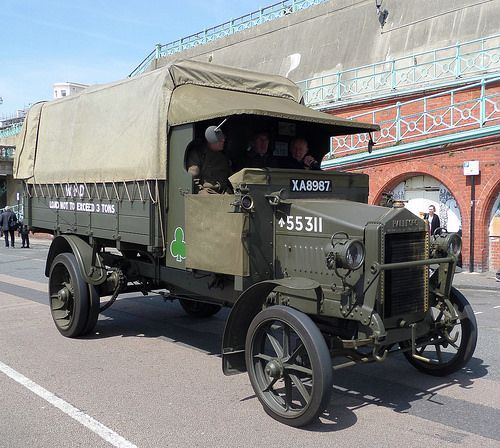 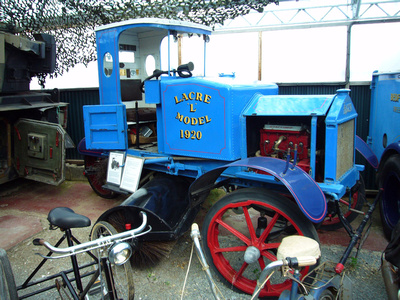 The Lacre Motor Car Co produced commercial vehicles from 1904. The name is a contraction of its location at Long Acre. 1902 The company was formed in Long Acre, Covent Garden, London to produce cars. This thoroughfare was known as the street of cars The first vehicle came out in 1904 a 25 cwt 16 hp van. An "Electric Brougham" was also introduced in December of the same year. The following year, Lacre was approached by Albion to be agents for that company.
In 1910 Lacre moved to a new factory at Letchworth, Herts where a range from 10cwt to 10ton payloads was produced. In that same year, they launched a range of vehicles from a 12-seater charabanc to a 3 ton chassis for double-deckers. At the outbreak of WW1, Lacre were producing 2 ton vans for service with the armed forces. Many of these vehicles were used as ambulances in France and Belgium. Post-war, the company moved into the lucrative municipal vehicles market, producing road sweepers, fire engines, sewer vacuum engines and assorted designs.
In1928 the company was wound up but was then relaunched as Lacre Lorries Ltd with new works at Welwyn Garden City. From 1928 to 1952, Lacre Lorries produced road sweepers and refuse carts for many vehicle producers. In 1952 they formed an association with Vauxhall for the JS Drewry-designed Lacre SA sweeping equipment to be mounted on a Bedford ‘J’ type chassis, the project being overseen by Bill Lust, a veteran of the sinking of the German battleship Bismarck in 1941.
By the 1960s the Bedford lorry was usually the J5 model fitted with either a 5-litre diesel engine or a 3.5-litre petrol engine driving through a four-speed synchromesh gearbox and hypoid bevel rear axle, always left-hand drive to give the driver a good view of the gutter. Power for the sweeping brushes, water-spraying pump and associated mechanisms was taken from the standard power-takeoff position on the Bedford gearbox, from which a short universally jointed shaft connected to the Lacre gearbox. 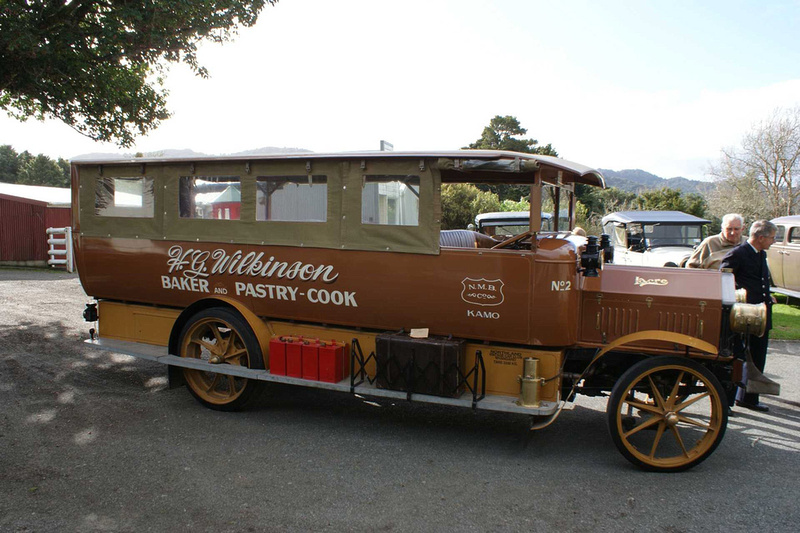