What a thoroughly, refreshingly, down to earth, straight talking good old fashioned officer type bloke. Wish i had his money tho!
Rolling my eyes at yet another "Should Para's Still be Jumping? " Thread.

He annoys the French, that's good enough for me

Book Reviewer
He is a Top Geezer; it's nice to see that his predilection for top-of-the-range tarts has not stopped him returning to the TA that he loves - and which he has done so much for.

Visited us at work and I briefed him up. As he turned around I noticed he had full on burns in the back of his 95 shirt. Very random.
"There's no need to shout with one up the spout" - Boss Edwards 1916.

Maj Gen Gerald is my landlord and my lad was his gunner in his armoured mess tin in the Yeomanry at Fox, nice old style bloke, xmas card every year etc, wouldnt mind being his bastard tho!!
Everyone deserves a second chance, except those who try to shaft me and fail.

We are the Pilgrims, Master, we shall go always a little further,

It may be beyond the Blue mountain barred with snow,

Across that Angry or Glittering Sea.

Listened to his briefing today about future of reserves. Told us loads but nothing if you know what i mean. I can understand why he was picked for the job tho, connects with all at grass roots and is thoroughly entertaining. I hope he can deliver what he promises.
Rolling my eyes at yet another "Should Para's Still be Jumping? " Thread.

Maj-Gen Gegsy...we were the discussing the good Lord in the 'going out in Liverpool' thread...
Slippery Suffering Serpents Share Sensational Secrets

Was the duke of Westminster ever in the Regular Army? I seem to remember rumours way back in the late 1960s and early 1970s when I was in the R Sigs, that the Duke had enlisted in the Royal Signals as a Signalman, was eventually commissioned, then when he left the regulars, joined a TA Unit.

Not sure if this was true or not. Lots of rumours and talk flying around in the early 1970s, including the lads in the army, wanting a coup, led by the then Lord Mountbatten to chuck out the then Labour government under Harold Wilson.... hmmm, not sure if this was jsut barrack gossip fuelled by beer in the NAAFI bar in the evenings.

"Uncle V - an Excelent wordsmith... but some would say otherwise!!

Kit Reviewer
According to wiki:

Military careerAfter leaving Harrow School with a single O-level, the Duke failed the officer entrance examination to the Royal Military Academy at Sandhurst. He joined the Territorial Army in 1970 as a trooper. 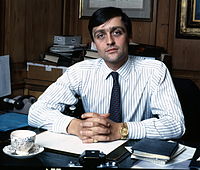 
In 1973 the Duke entered Sandhurst and subsequently commanded the North Irish Horse, The Cheshire Yeomanry Squadron, founded by his ancestors, and The Queen's Own Yeomanry. He was also appointed the Honorary Colonel of several Regiments, including the 7th Regt. Army Air Corps, the Royal Mercian and Lancastrian Yeomanry, the Queen's Own Yeomanry, Northumbria Universities Officer Training Corps, Colonel in Chief of the Canadian Royal Westminster Regiment, the North Irish Horse and Colonel Commandant Yeomanry.
The Duke was Grand Prior of the Priory of England for the Military and Hospitaller Order of St. Lazarus of Jerusalem, 1995-2001.
In 2004 the Duke was appointed to the new post of Assistant Chief of the Defence Staff with responsibility for Reserves and Cadets, with promotion to the rank of Major-General (NATO OF-7), a two-star general officer rank.
In March 2007, having served in the Ministry of Defence as Assistant CDS for four years, he handed over responsibility for 50,000 Reservists and 138,000 Cadets to Major-General Simon Lalor. Lalor subsequently handed over to Major-General Greg Smith, another Territorial Army officer.
The Duke is now indirectly engaged in the Prime Minister's Reserves Review (Future Reserves 2020), led by the Vice-Chief of the Defence Staff, General Sir Nicholas Houghton. He was appointed Companion of the Order of the Bath (CB) for his military service in the 2008 Birthday Honours. He is also an Honorary Vice President of the Royal United Services Institute.
It was like that when I got here.

Is this the same guy that, when Options for Change stripped the TA of it's CVR(T), offered to put his hand in his pocket and buy it back off the MoD?

True or not, awesome story...

Leo Docherty said:
The satisfaction from his day's work comes from getting the radios working. He's the essence of unquestioning dependability.
Click to expand...

He owns a large part of Westminster, I believe.

The government probably pay him a small fortune for rents on some gov buildings.
A man of the calibre of "zero-over" should be fired

I must IGNORE Joe Private.
Prince Albert loves this.

Book Reviewer
At one time a few years ago, the MOD bit that dealt with the Reserve Forces had several Reserve Officers working there (off and on, of course). One was the Duke himself, as a 1* then later as a 2* Major General. One of the others was a nice chap (Sqn Ldr at the time) in the RAFVR, the RAF Regiment part. His name - Edward Cadogan, Viscount Chelsea.....

Between the two of them, they owned most of West London, as well as sizable chunks of property elsewhere - think of all the "Grosvenor this..." and "Cadogan that..." scattered around London!

usmarox said:
Is this the same guy that, when Options for Change stripped the TA of it's CVR(T), offered to put his hand in his pocket and buy it back off the MoD?

As a Sqn Comd with the QOY, he paid to have his personal Range Rover fitted for radio with Clansman. R Sigs weren't too happy with that but it still went ahead.

He also held Sqn exercises on his estate in Cheshire instead of using MOD training areas. I think I'm right in saying that when Man Training Days got a bit thin on the ground in the early 90s, he paid the sqn wages as well rather than cancel exercises.
It was like that when I got here.

Unfortunately I fear that General Gerald's relationship with higher echelons of the MoD is very similar to that of Thomas Becket and Henry II...I wonder how many 3 and 4*s have lamented: "Will no-one rid me of this turbulent STAB?"

Part of me think that FR20 is an exercise in pre-planned failure, in order to shut up the TA (and its proponets) for good.
I'm Chuck Norris, and I approve these detainee handling techniques...

Kit Reviewer
My experience of the TA, which is dated, is that when given a manning target (even if the new target is smaller than the old one) it always undershoots by about 15%.

The new concept may work (I don't have eyes on it), but it will cost more than HMG is hoping it will.
It was like that when I got here.

If you can't take a joke, you shouldn't have voted leave.
S

OldSnowy said:
At one time a few years ago, the MOD bit that dealt with the Reserve Forces had several Reserve Officers working there (off and on, of course). One was the Duke himself, as a 1* then later as a 2* Major General. One of the others was a nice chap (Sqn Ldr at the time) in the RAFVR, the RAF Regiment part. His name - Edward Cadogan, Viscount Chelsea.....

Commanding Officer 7 SCOTS.... and all round nice bloke )
Click to expand...

On one of my Boz tours he came out to visit the TA and Reservist Augmentee's and someone nicked his beret. All he said was "Ah well, should've expected it for leaving my kit lying around". Quality
QRM - 5

Sent from my DII account cos I'm too busy skiving
You must log in or register to reply here.