Dont Like My Flag In My Car Window? Go Home Then!

Right, i have concluded that after about an hour debating whether i should ask for help from fellow Arrses.
I indeed have a union jack on my car window, i have stuck it there proudly and will not take it down!
No 2 different accounts, next door have asked me to remove it from my car window as they find it "offending" to there culture

I told them simply NO, they are from the middle east (Iraq to be precise) but what i do no is that the father lost his brother in a "incident with British Forces in southern Iraq during the first gulf war" and that they do not like me with passion.
Today at 11.25hrs i had a knock at the door, i answered it. It was the oldest son from next door, I myself am only 17 and 7 Months and this guy was i'm liking about 26

I friendly asked what was the problem, he stated that if i don't remove the union flag from my window i would wake up and find out i have no car.
And that his father was seeked advice for a legal service

My car at the moment is not taxed, there for, I've stated it as of the road.
which is parked in one of my family's parking around (which is also marked out)
Most people down my street are white and even some of them have a national flag in there owned car's windows
so i don't see the problem with mine.

And that if they are not happy with it, i suggest they move back home or to Manchester

Right, after telling him to **** off and go home i shall now resume!

anyone had the same thing happen?
Any Advice?!

Stop telling lies would be my advice.

This story isn't true, is it?
"Can you imagine all the Harry Monk in this stuff if we put it under Ultra-Violet?"

Has this actually happened? It sounds like one of those stories the BNP make up, a bit like the supermarket one where the woman on the till refuses to serve someone in uniform. It turned out to be total crap, made up to get us all wound up about foreign people.

I honestly can't see any immigrant objecting to a UK flag in the UK.
No winners this time on Takeshis castle.

Yes it is.
I've only had the car 3 weeks, not passed test yet, due to no money, i have insured it Via Tesco
But they is no tax, so my father cannot teach me to drive in it as my lessons are now Â£27 PH
which i cannot afford

Mr. Chard Sir! Patrol has come back, Zulus have gone, all of 'em. It's a miracle! If it's a miracle Colour Sergeant, it's a short chamber Boxer Henry, point 45 caliber miracle. And a bayonet Sir! With some guts behind it!

Can we see a photo of the car please? And of the Iraqi?

Mugatu2 said:
Has this actually happened? It sounds like one of those stories the BNP make up, a bit like the supermarket one where the woman on the till refuses to serve someone in uniform. It turned out to be total crap, made up to get us all wound up about foreign people.

I honestly can't see any immigrant objecting to a UK flag in the UK.
Click to expand...

It's what is so confusing, yet i am only 17 and i'm not a wise as many other people, my dad will take there side over me, but i do not seem why

And this is no hox or howwever that is spelt

are you thick or what, if you are not showing a valid tax disc, say goodby to your car as it will be crushed just because you wound up your local wog
And to think, I had no Idea I could bring so much fun and frivolity to others

There are two types of people that dislike me,
the envious and the stupid 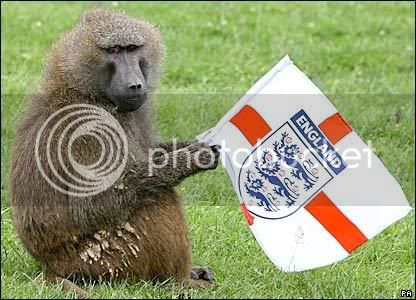 So you've got an untaxed car parked in your front garden (no doubt on bricks) and you havn't passed your test yet. I would imagine the only driving experience you have is TWOCKING.
You have a burberry baseball hat and is your name Dave.
I claim my Â£10.
Honesty is a very expensive gift. Don't expect it from cheap people like Bugsy.

They probably think you are lowering the tone of the neighbourhood by parking an untaxed rust bucket there.

Is is a dropped-suspension Nova with a stupidly large exhaust, tinted windows and a pointless sound system?

msr
If your soldiers aren't coming off most weekends telling those who weren't there "shit mate, you dipped out" then time to cull your training team with prejudice.

You are stupid, why splash out on a car you can't drive, why didn't you spend the money getting a driving license instead or have you as some have suggested made this up?

Your story is a big lie. Union Flags in cars? My ar*e!

You've made the story up because you're attention seeking.

You're using a particular bait in the misapprehention that most squaddies are knuckle-dragging idiots and you thought that by posting that rubbish on here, that loads of people would rush on and back you up, in order that your own prejudices were reinforced.
"Can you imagine all the Harry Monk in this stuff if we put it under Ultra-Violet?"
P

Pop next door and ask for a copy
And to think, I had no Idea I could bring so much fun and frivolity to others

There are two types of people that dislike me,
the envious and the stupid

Moderator
Book Reviewer
100 posts and joined last month, a lot of time on his hands then.

So your connection to the military is?
All complaints to be sent to /dev/null

PrepareToDouble said:
Can we see a photo of the car please? And of the Iraqi?
Click to expand...

Photo is on my phone right know i have about 16 differnt photos of my car as i am thrilled that i finally have my car after saving up.
Okay its a KA but thats not the point!

my sister has told me that they are not iraqi's* ? to my thought she said it is true what my dad told me about the incident in southern Iraq. and my presic may hae been wrong, this family have had it in for me since they moved in. for certain reasons

I've brought the car because i thought i would still hae income, but i lost my job due to the crunch so it seems.
and it's decalerd off the road aswell"


And pigshagger, seroiusly wake up
i only posted this too see what kind of responce should i get to help me choose my path, the phone is coming.. need USB wire to connect to PC

and the flag is only covering the back window, it's nothing out of the ordinary

Guns said:
100 posts and joined last month, a lot of time on his hands then.

So your connection to the military is?
Click to expand...

Family and Friends.
And i lived with my uncle in Bassinbourn for 6 Years

Bollocks, you are a lying tit that's why you don't get on with your neighbours.

Jog on you lying little stroker.

USB Cables and Sisters? Do one you pathetic specimen. I hope you get filled in during CMSR, you pathetic little racist smear of bum-jam.
"Can you imagine all the Harry Monk in this stuff if we put it under Ultra-Violet?"

How have you skived whilst working from home
2 3 4

Has the Infantry lost the plot, or are the Old and Bold just old
4 5 6