Doh! Why can't I reinstall XP over Win 7 Pro?

I have an old Advent PC that formerly had XP as OEM, but got upgraded with a spare copy of Win 7 Pro to make everything compatible on my network.

The PC clearly can't cope with Win 7 without spending another £50 on memory, so I decided to bin it. I thought I'd just clean re-install it with XP from the OEM recovery disk, and possibly give the PC away to a worthy cause.

However, once the recovery process starts after booting off the Recovery CD, it gets about 9% into the file unpacking phase, and then can't unpack any of the system files. I have to "cancel" about 5 zillion dialogue warnings, or hard stop the PC to escape from the jam.

Why won't an XP recovery disk work? I assumed it would unpack and overwrite anything on the disk, even if its a later operating system - eg XP easily wipes out Vista. Has Win 7 somehow prevented this? If so, is there a way to un-install Win 7?

I had this problem, ended up having to do a fresh install of standard XP with a Pro disc (non-OEM), then run the OEM restore disc once it was Windows XP and it was fine.

Then I had license key issues because it turned out not to be the disc that came with the PC blah blah blah so I just found a dud office PC and nicked the key off that and put Windows XP Pro (non-OEM) back on it.

Then I bought a Mac, and I haven't looked back.

... all the fun I've had while using Windows. The above is correct. You need to use fdsik to delete the partition that is windows 7, re-do a (primary bootable?) partition for xp, format it and see if the OEM works. I too am on Mac OS and never look back, ever. When will you guys get the hint, Microsoft is sooooo 20th century.
The only difference between the saint and the sinner is that every saint has a past, and every sinner has a future. Oscar Wilde. ​

bloody apple geeks, sod off!
(but they are right about full fdisk etc)
Nothing to see here, move along...

In the Apple advert the Apple geek is Jeremy off Peep Show.

You, my friend, are Mark.

nebapneb said:
bloody apple geeks, sod off!
(but they are right about full fdisk etc)
Click to expand...


I sounded just like you a year or two ago. Then I discoverd the iMac. Life has never been the same since. Try it, you will see that you spent all these years, waiting, fixing, updating, worrying about your registry, worrying about viruses, malware, having to re-install everything regularly and, in my case: Format the harddisk and re-install the OS and all software every 18 months. It was a ritual of sorts and I did not mind it that much, but it did take a whole weekend, just to be able to operate at a good speed. The PC would become slower and slower all the time. My iMac has been 'on' for about 2 months without a single shut down and down get me started on noise emission.

You pay a premium but you get a package that acually works end to end. IF you are one of the guys that likes upgrading more than memory and stick your head up the big tower case, upgrading graphics adapters etc, the (-i)Mac is not for you. Equally if you play these silly games on a keyboard on windows platform, those won't work on Mac either. For all the rest of users, it's a no-brainer, I keep asking myself, why bother? You could do something productive with the time you gain, such as going out for a run or having a ****, about 5 times a day!
The only difference between the saint and the sinner is that every saint has a past, and every sinner has a future. Oscar Wilde. ​

To answer the OPs question " Why can't I reinstall XP over Win 7 Pro?"

That is because Micro$oft hate you.

Yes, which is why I kept a netbook for such software. Bit by bit, as more and more folks migrate, this is less and less on issue. I have issues with Office for Mac Excel, which is again a MS product. Mind you, I only have good things to say about Microsoft's Xbox (FourEm's crack) and its customer service. In a way, this proofs my point. If you have a more closed architecture, such as Mac OS and MS xBox, compatability both backwards and for the future are easier to do and surprisingly people are ready to pay for convenience and for being able to use shit as it was meant to be used (as oppose to fixing, upgrading, having to write software youself to mend things etc). Windows is a victim of its own success in that everyone writes software for it and there is no central code or authority that makes sure that what is written is compatible.
The only difference between the saint and the sinner is that every saint has a past, and every sinner has a future. Oscar Wilde. ​

Apple sells overpriced gear and its operating system is locked.

If Apple is so wonderful, why can't I download some of my music that I have on iTunes to my Sony mp3 player?

(One word: DRM. Don't support CRAP music!) If I pay Steve Jobs for the tune, it's mine and I can put it on whatever player I want. 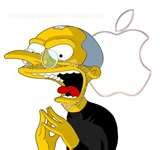 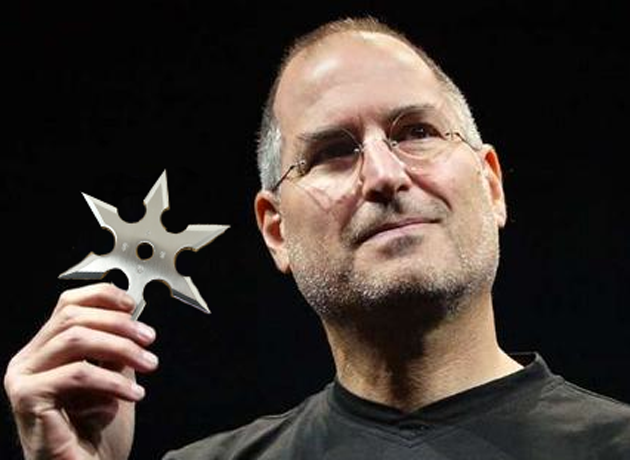 Have you had your medicine this morning? Go easy on the smilies, you look like a 12 year old tosser otherwise. You are right and I already admitted that it comes at a price and that the closed architecture is both a blessing and a curse. It's much like all the other 'better than' debates, it comes down to what is important to you.
The only difference between the saint and the sinner is that every saint has a past, and every sinner has a future. Oscar Wilde. ​

Boot Camp is a great invention.

I have separated my MacBook's HDD and put Windows on one side for when I need it, so in effect I have both in one laptop.

I used a virtual version of Windows on the Mac side for a little while which overcame all the compatibility crap, but it wasn't powerful enough for gaming so I used Boot Camp instead. Both work a treat, as Apple provide all the Windows drivers for the hardware on the OS X 10.6 CD. They're nice like that.

You pay alot, but they're awesome looking machines.

Er.... well, thanks for all the Mac info. Not to disturb the Mac-flow or anything, but it did boil down to deleting all of the partitions (by using the Win 7 disk to "recover" the Win 7 installation and throw up the partition menu) after which the XP OEM recovery disk kicked off as normal.

Thanks for the tips.

Next question: I need to somehow overwrite Win 7 Ultimate (which turned out to be a pirate copy) with Win 7 Pro. A quick Google seems to indicate that it is not a trivial operation to "downgrade" a Win 7 installation...

You can go up, but seldom down.

How do I uninstall a wireless keyboard and mouse?