David Cameron blamed for rise of Isis in damning report

“Through his decision-making in the National Security Council, former prime minister David Cameron was ultimately responsible for the failure to develop a coherent Libya strategy.”

No lessons learnt from the Iraq and Afghanistan wars about strategy then. Like having one.

Book Reviewer
Hardly news, is it?
A l'eau; C'est l'heure.

Bouillabaisse said:
Hardly news, is it?
Click to expand...

It is. James O'Brian is talking about it right now.

Book Reviewer
I usually wait until it's the topic of the day on Loose Women...
Last edited: 14 Sep 2016

On ROPs
Cameron comes right back at his detractors:

Cameron, who stepped down as an MP on Monday, has claimed the Libyan people must be blamed for failing to take their chance of democracy.

David Cameron blamed for rise of Isis in damning report

Oh dear.
So much for "I thought I'd be rather good at it" then.
O

Its the blasted ME. Anyone with any sense runs away screaming and raises the drawbridge.
We somehow haven't grasped that.
I've seen things you wouldn't believe - a British army three times the size of this one with more kit than you could shake a stick at.

At some stage other middle eastern countries might want to lift a finger to help out. They are more than happy for the west to drop some bombs on folk they don't like but never seem to volunteer to help either militarily or afterwards with any form of reconstruction.
The unspecified middle aged doctor babysitting service, 66.6% of your children returned at the end of the night or your money back!

rockpile said:
It is. James O'Brian is talking about it right now.
Click to expand...

Just because a bunch of mp's have noticed doesn't make this a revelation. It's been commented on a number of rimes on this site alone
A l'eau; C'est l'heure.

Crispin Blunt, the Committee’s Conservative chairman, said: “The UK's actions in Libya were part of an ill-conceived intervention, the results of which are still playing out today. Other political options were available. Political engagement might have delivered civilian protection, regime change and reform at a lesser cost to the UK and Libya.”
Click to expand...

Libya was undoubtedly handled very badly - but if the intervention itself was so poorly conceived, why did the HoC (including Crispin Blunt) vote for it so overwhelmingly?

Bouillabaisse said:
Just because a bunch of mp's have noticed doesn't make this a revelation. It's been commented on a number of rimes on this site alone
Click to expand...

The recently released report on the matter wouldn't have anything to do with it being on national news or discussed on the radio then. It should be ignored by this site because it has been commented on before.

Bit hard to try and pin the blame on one former politician and / or government for this particular global issue, it is also a tad simplistic.

On the 19 March a NATO coalition began operations to enforce UNSCR 1973 this had 19 separate countries taking part in activities to support the UNSCR.
Main operations were :
Op Ellarmy (UK)
Op Harmattan (Fr)
Op Mobile (Can)
Op Odyssey Dawn (who else but the USA)

So if the UN sets the mandate, maybe they as the world forum and talking shop for HR, Crisis and Disaster Management, Political Reform, Stability Operations and Planning etc might be a more accurate target, as they passed a resolution without working out what comes next. Still you can't pin ISIS solely on the UN.

The Libyan branch was formed on 13 November 2014, following pledges of allegiance to ISIL leader Abu Bakr al-Baghdadi by militants in Libya. Al-Baghdadi announced the creation of three branches in Libya: Cyrenaica in the east, Fezzan in the desert south, and Tripolitania (or Tarabulus) in the west.

The Batter Bde (est 2012, loyalty to ISIS 2014) was made up from Libyans that had gone to fight in Syria, so the nucleus of the original ISIS group in Libya is directly linked to the destabilisation of Syria whose civil war is seen as part of the Arab Spring events that have destabilise the entire region.

Syria opposed intervention in Iraq in 2003, this led to a US policy of aggressive destabilisation of the Assad regime, even though the DIA had issued a report warning about the serious threat of sectarian tensions and in 2013 again it was reported the opposition movement was mainly made up of Jihadist elements, this report like many other inconvenient reports was ignored and the total break down in Syria began in earnest leading to the mess that we current have.

ISIS spawned from AQ cells in Iraq so if any UK political has a hand in the mess in Libya then it would be Teflon Tony.

Iraq, full support lets invade, no plan for what happens after regime change, second and third order effects can be seen as Arab Spring and the mess in Egypt, Syria, Libya etc.

The Longer you stay the less you understand!

rockpile said:
The recently released report on the matter wouldn't have anything to do with it being on national news or discussed on the radio then. It should be ignored by this site because it has been commented on before.
Click to expand...

You are clearly taking my sarcastic comment rather too seriously. I could equally have made the point using something facile such as 'in other news, pope revealed to be catholic.'
A l'eau; C'est l'heure.

BarcelonaAnalPark said:
In comparison to Iraq, the destabilisation of Libya has been achieved with a much smaller budget and military commitment. In that regards, it's been real value for money.
Click to expand...

Crikey - a tad cynical, but awesomely accurate.
Thought of a career in potlicks?

Bouillabaisse said:
You are clearly taking my sarcastic comment rather too seriously. I could equally have made the point using something facile such as 'in other news, pope revealed to be catholic.'
Click to expand...

Sarcasm being the lowest form of wit. You are very deep though. Someone posts an item of news and your sarcastic contribution allures to it not being news.

Bouillabaisse said:
............ I could equally have made the point using something facile such as 'in other news, pope revealed to be catholic.'
Click to expand...

Is he? Who knew?
"My classmates would copulate with anything that moved, but I never saw any reason to limit myself" - Emo Philips 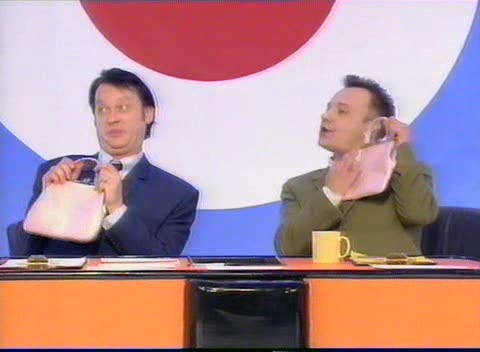 Mind you, Chillcott may have reported but it was then promptly buried and ignored. Once again Blair seems to be coming through unscathed.

Labour: For the Few, NOT the Many!
Tory: Vote for us we can ignore you better than Labour do.
I
I'm a Gammon and proud of it!

As I've said before, it would be really nice to ringfence the lot, come back in 5 years and see who is left. However humanitarianism (not a bad ting in itself) would not allow the west to stand back. The west and the wider UN just cannot let it lie. As previously said in this thread and elsewhere, no after care-plan what so ever.

Insert funny thing here -
You must log in or register to reply here.