LeoRoverman said:
Like the Military, there are issues that lay people don't grasp. The principle one being the run up to Lisbon. This turns on the concept of freedom of movement. Up until the advent of Lisbon each country had the right to protect it's own borders under article 36 of the treaty of Rome and subsequently 30 of Amsterdam. The concept was that the exterior of the EU would be protected on it's coastline and internally at Airports at any place where there was an entry point into the EU . Now subject to these controls any person in the EU is legally in it and FoM applies- er except it doesn't

Under these concepts and circumstances the eastern Border, Greece and med countries were seen as risks and so it has turned out to be. France has a limited border on the Med but No-one expected France or Britain to be under threat because principally Britain wasn't in the Med.

The ticklish issue is that all the 28 countries run their own immigration systems (or not) as the case may be and in most cases the immigration functions in many countries are so impenetrable with red tape and cost that the concept of hundreds of penniless migangs is a real WTF moment. Then along comes Lisbon and says " right carry on chaps we're in charge"-which would have been wonderful if had worked or been planned.

What it should have meant was an extra charge on membership and the Migration and Customs departments are now paid from a central kitty with a central headquarters and no reference whatever to local practice so that it can be standardised. All we got was a few labels to stick up which did nothing.

In this country Labour used the Butterfield 2002/3 report to make a case for merging IR and CE and that happened on 1st April 2005. Now we have the same bosses, the treasury but the mentality is poles apart. In comparison customs were a rough and tumble, dirty nails inquisitive in comparison to the RAC pall Mall club. Not only that but Joy of Joys, the police got all our playthings in SOCA and they are totally unprepared. But it did allow HMRC to firmly have a non interference policy cos of course it cost money.

Now imagine that the Infantry and the Tanks merge and the infighting that would take place in terms of mentality placement- Aw come on we've all been soldiers. Then to add insult to injury in 2008 we're told that were going to Merge with the Immigration department which is HO - but originally in the 18th century it was a Customs function. Brilliant- now we can look for for people and prohibited articles, er no-priority is migration and suddenly this country, despite the major swoops we are the leading smuggling country in Europe.

In the meantime we've had a savage reduction in staff numbers. Ports are no longer manned 24/7, there's no report inward required, everything's computerised and taken as read but run on staffing levels that are about 33% of 2005 because Mr Brown said " We cannot afford a civil service of this size" as a result of the banking crisis. But Mr Brown knows the cost of everything and the value of nothing-like selling our Gold reserves cheaply and then loading the coast of inaction onto the treasury.

when I was still in the police HM customs & Excise had primacy on all major drug operations, and an extremely professional well motivated bunch to work with.

Just hearing on the Mike Graham show on Talk Radio of the Common Sense Group, Conservative back benchers who are following this issue and trying to get some progress. Mike was talking with, Lee Anderson, Conservative MP for Ashfield, who to was encouraging people to contact their MPs. He said Priti is frustrated by the legal blockages but is determined to get changes made.
Last edited: 11 Aug 2020

Electromagnetic said:
He said Priti is frustrated by the legal blockages but is determined to get changes made.
Click to expand...

Therefore it would be refreshing if she stopped talking in sound bites and trying to make headlines until such time as she is absolutely certain she is able to address this problem swiftly (and legally).
She has been using the same MO for the past 9 months or so and fcuk all has changed!
The memories of a man in his old age, are the deeds of a man in his prime.
Roger Waters

Cold_Collation said:
Same as any aircraft, short of blowing things up. They observe and report. Think Catalinas and the Bismarck.

We've got kit that could do that observing along the coast. There are half a dozen fixed-wing types on-strength that could be used. Whether we'd want to be using up their airframe hours on this is a different matter.
Click to expand...

That's my point whats the point of a C13O observing and reporting that there are dinghys in the water.
They can do that by watching Sky news they are patrolling the area and filming boats going past them.
It needs to be stopped in France.
Sky news have spent the night filming on a beach.
Gangs of guys stood for hours waiting on their boat being delivered
They (Sky) claim that they haven't seen the police all night

So if Sky news and the Daily Mail can find and speak to these guys within the hour why can't the French police
All the need to do is drive up and simply stick a knife in the boat.

They'd be better off parking the C130 at the old RAF Mansion and taking today's arrivals straight back over the water tonight.
M

I was at Brize yesterday and saw it leave.

Why would they use an A400 for that particular task ?

Cold_Collation said:
Ironic then that some of those already here steadfastly refuse to.
Click to expand...

Aye the locals in North Wales are a funny lot.
Older,but no wiser.

The aircraft appears to be on a Nav/Recce trip which fits in with their training role I'm afraid. I reckon yesterdays A400 was for the press. Also, I havent seen much activity from the French Coastguard vessels so far today.

medwaymud said:
I was at Brize yesterday and saw it leave.

Why would they use an A400 for that particular task ?

Its big and easy for the journalists to see....

UKRaider said:
The aircraft appears to be on a Nav/Recce trip which fits in with their training role I'm afraid. I reckon yesterdays A400 was for the press. Also, I havent seen much activity from the French Coastguard vessels so far today.
Click to expand...

Fly lazy 8's for a bit and has now gone off.
proudly boycotting Pret a Manger

Yesterdays sortie was much more of a decent search pattern although I was disappointed to see it was not more out at sea close to the border. The idea is surely to see them over at at the French side and stop them.

UKRaider said:
Yesterdays sortie was much more of a decent search pattern although I was disappointed to see it was not more out at sea close to the border. The idea is surely to see them over at at the French side and stop them.
Click to expand...

Just looked on AIS, pas de French in the air or at sea, but the Dover lifeboat and a BF launch are engaged in presumably a rescue op mid channel.
proudly boycotting Pret a Manger
L

longwayfromhome said:
when I was still in the police HM customs & Excise had primacy on all major drug operations, and an extremely professional well motivated bunch to work with.
Click to expand...

Nice to hear but sometimes the reality was that Police had information directly linked to their patch and they didn't like our interference. Its understandable of course from a political aspect, there were kudos. But the point was that if the Press were to mention every drug bust we made at Airports or in Containers on a daily basis it would become boring. There were also times when it paid to let it "run" if more could be got by the Police but it always had the proviso that it could go wrong. ACPO didn't view it like that, something that became problematic with computerised records in the eighties, because they'd have to ask us and vike verki officially and we were not HO. This led to "PORTALS" and that led to Silos. One did wonder sometimes if we were on the same side.
NULL

Joker62 said:
This is what the RAF/Border Force need to deploy instead of UAVs and Piper aircraft!
View attachment 496177
Click to expand... 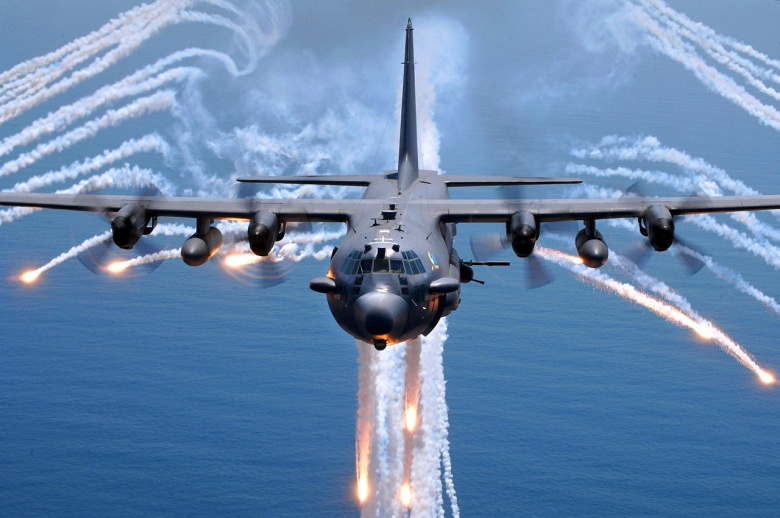 Preferably, with speakers blaring out-the-back, the "Ride of the Valkyries" . . .

Book Reviewer
I say, some epic strops from the corrupt...

And I didn't stock up on popcorn.
--
"I believe that pipe smoking contributes to a somewhat calm and objective judgement in all human affairs."
-Albert Einstein, 1950
Red Pilled Feb 2018

Flight said:
I say, some epic strops from the corrupt...

And I didn't stock up on popcorn.
Click to expand...

I bet you “believe“ in Q as well.
"The MoD has a strong record of learning from previous campaigns and encourages its officers to challenge existing norms and conventional wisdom."

PhotEx said:
Even in Germany, almost invariably, as soon as they hear my crap German, ‘it’s OK, I speak English’
Click to expand...

Not strictly so. Also with the Germans, as a tourist. they'll be more accommodating. You want to live there? You'd better learn the lingo. You want a translator? Here's the telephone number for one. They'll send you your invoice.
I may have occasionally mentioned that I'm in the former DDR and the Ossies might be a bit more old fashioned than the Wessies and that's how it is here.
This may explain why most of Angela's "guests" bugger off to West Germany or further at the earliest opportunity.

alfred_the_great said:
I bet you “believe“ in Q as well.
Click to expand...

You mean the internet thing whose key message is that the deep state are corrupt political activists subverting our security through lies?

Can't imagine why people who profit from a modern slave trade would not like that message!
--
"I believe that pipe smoking contributes to a somewhat calm and objective judgement in all human affairs."
-Albert Einstein, 1950
Red Pilled Feb 2018

UKRaider said:
Its big and easy for the journalists to see....
Click to expand...

that's it's not a tank.
Older,but no wiser.

PhotEx said:
Just looked on AIS, pas de French in the air or at sea, but the Dover lifeboat and a BF launch are engaged in presumably a rescue op mid channel.
Click to expand...

Yes I have been watching AIS too for the past few days. I have seen two (yes TWO) French coastguardy types recently. Only one of them was anywhere close to the relevant area! Useless.
You must log in or register to reply here.