Criteria for DFC award during WW2

06FA56Paderborn said:
How do you go about finding the citation for the award of a DFC?

My father was a recipient but he never told any of the family the reason for it’s award.

Given he served as an Sgt AG with 100 Sqn (slowly doing a bit of research into all of his Op flights) during the war completing a tour of ops l assumed that it was for this but Archimedes post above indicates that it was only awarded to officers.

He was commissioned (not sure when)post war and served in the Malayan anti terrorist campaign but again I believe as an air gunner would this have been normal?

Clues/tips as to where and how to start to find out would be most appreciated.
Click to expand...

Not impossible for an AG to receive a gallantry award; Wallace Macintosh ended up with a DFC & Bar and and DFM.

Unfortunately, since access to the JSCSC library is a little tricky at the moment, I don't have access to the Boy's Bumper Book of DFC awards which resides there, although not all of the citations are listed. The file category WO373 at the National Archives contains some of the recommendations for RAF awards between 1935 and 1990, but these are often for AOP pilots awarded the DFC and coming under RAF control while being Army officers.

Did he fly on ops in Malaya? There are a fair few awards and if you know the squadron he was on, this can help - my guess, assuming that he didn't remuster and become a Nav or similar, would be that he'd have had to have served on Lincolns, and you can then start looking into squadron histories. Although the RAAF did get the bulk of the publicity for the Lincoln ops (1 Sqn RAAF), the RAF did send them out there as well as to Kenya.

If you want to put his first names and initial of his surname here, I'll cast around the sources I have to hand, but can't promise to find a citation. There were a fair few DFCs awarded for Malayan ops, probably rather more than people might assume.

fantassin said:
French magazine RAIDS had its issue #400 last winter and they did a special with heroes from various countries. Air Commodore Robinson is mentioned with a couple of pictures, one mentioning that he was one of the first officer to receive the GC&LS medal to add to his DFC**. A number of other British characters are mentioned including a Brigadier with a DSO and Bar.

BZ to the Brigadier, but remember that, since 1993, DSOs have been awarded on the rather different basis of 'highly successful command and leadership during active operations', whilst no fewer than sixteen officers have been awarded the DSO and three bars since its inception in 1886.

Bubbles_Barker said:
There are some folk on here that hold an opinion that what RAF Bomber Command did in taking total war to the Germans was somehow wrong or inappropriate.

I can’t believe that now or ever frankly.
Click to expand...

I wonder if they have ever spoken to the people of Warsaw or Rotterdam or the thousands of other places the Luftwaffe tried to level in the quest for lebensraum, or read the history of the survivors ofteh concetration and death camps,for bombing was a route to life and liberation.
D

Union Jack said:
BZ to the Brigadier, but remember that, since 1993, DSOs have been awarded on the rather different basis of 'highly successful command and leadership during active operations', whilst no fewer than sixteen officers have been awarded the DSO and three bars since its inception in 1886.

PFGEN said:
Even nowadays its sometimes hard to fathom what these lads went through. Three tours would be 70 missions if my memory serves (30 sorties, extended leave, 20 sorties, possible assignment to other duties).

When Harris discovered that his men were getting the clap he threatened to reset the "malingerer's" counter on the number of missions counting towards a tour. For those approaching the end of a tour it was considered to be akin to a death sentence. There were enough however who signed up for further tours with the odds seriously stacked against them. Given a higher than 50% attrition rate receiving a DFM or DFC, especially for multiple tours, is as far from a geezit as I can imagine.
Click to expand...

Union Jack said:
BZ to the Brigadier, but remember that, since 1993, DSOs have been awarded on the rather different basis of 'highly successful command and leadership during active operations', whilst no fewer than sixteen officers have been awarded the DSO and three bars since its inception in 1886.

Indeed, but do bear in mind that Andy Harrison's DSO after his tour with 2PARA seems to have been for his displaying a....er.... ah... somewhat kinetic approach to 'highly successful command and leadership', as discussed on a thread at the time (predating the announcement of the award, I think. And, on reviewing it, the usual 'western makes comment/bunfight starts' thread development we used to know and love so well).

A great story of courage under fire which led to the attribution of a DFC to the pilot and DFM to the gunner (he was the only gunner on that glider-towing Halifax).

On September 18 1943, the Halifax piloted by Arthur Norman was en route from Portreath in Cornwall to Rabat in Morocco when it came under fire over the Bay of Biscay from three German Junkers Ju88s.

The glider pilot unselfishly cast off as Norman tried to evade the attackers. The Halifax sustained major damage, but its rear (and only) gunner, Sgt John Grant, succeeded in shooting down one of the Junkers. The glider was also shot down, but its occupants survived and the Halifax limped to Morocco on three engines. Norman was awarded a DFC and Grant a DFM.

In February 1944 Norman was promoted to squadron leader and tasked to form a new Halifax squadron, No 644, in preparation for the D-Day landings. On the night of June 5/6, 20 aircraft towed gliders across the Channel before returning to refuel and take 16 more later that night. On the following nights, resupply sorties were flown.

Norman and his squadron were heavily involved in Operation Market, towing gliders to Arnhem on two days. No 644 then returned to providing supply drops for SOE, including numerous sorties to Norway. In January 1945 Norman was awarded a bar to his DFC for “consistently displaying gallantry and devotion to duty of a high order”. 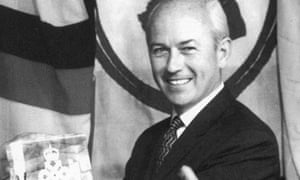 Sir Arthur Norman after the war 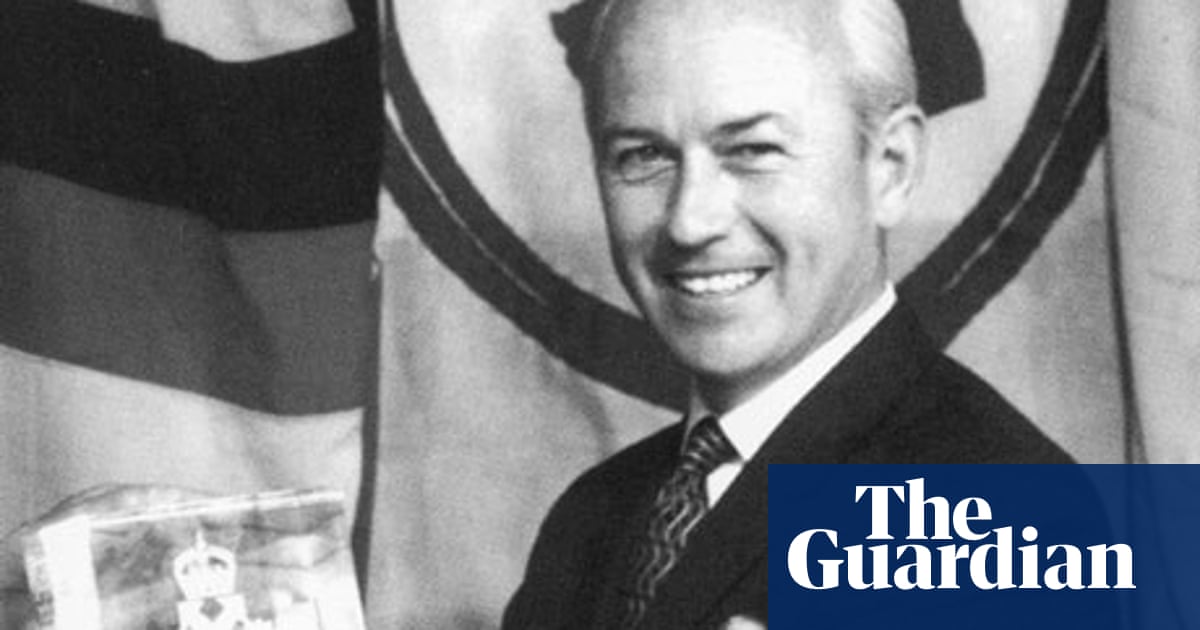 Chairman of De La Rue who became a keen environmentalist

The first is my Grandfather (ASC 1916) and the second my uncle again, with his Wimpey. 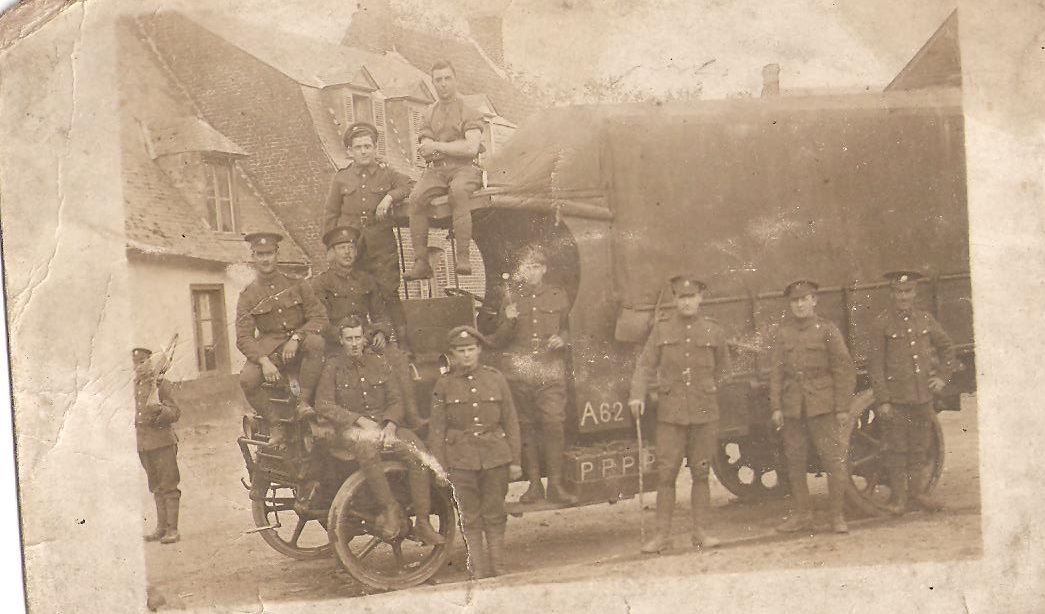 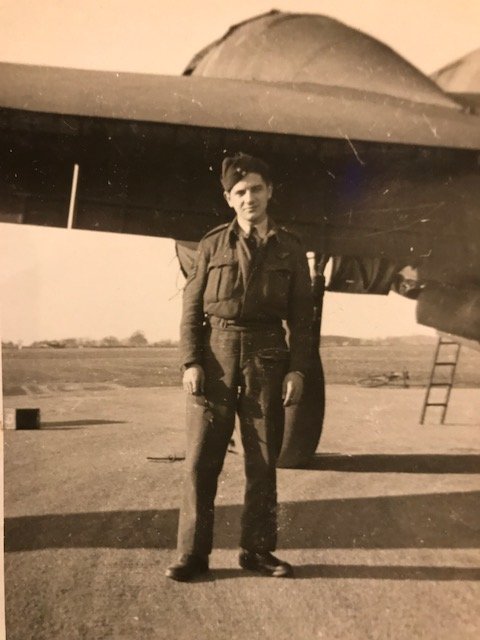 The stopped clock of The Belfast Telegraph seems to indicate the
time
Of the explosion - or was that last week's? Difficult to keep
track:
Everything's a bit askew, like the twisted pickets of the
security gate, the wreaths,
That approximate the spot where I'm told the night patrol
went through.

Bubbles_Barker said:
If you have the time...

The first is my Grandfather (ASC 1916) and the second my uncle again, with his Wimpey.
View attachment 464384 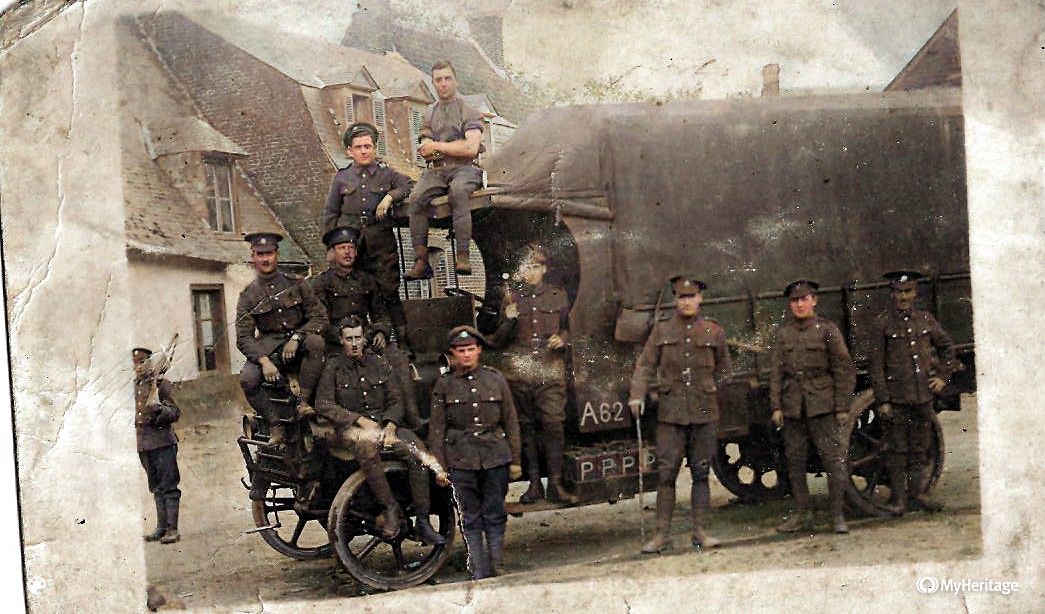 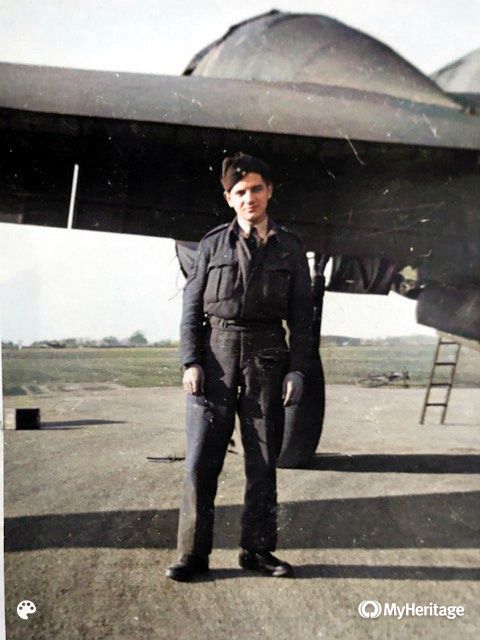 not too bad, though the first image has suffered a bit in the past.

not too bad, though the first image has suffered a bit in the past.
Click to expand...

Awesome! My Grandad is front and centre in the photo and the tear runs up his leg unfortunately!

Many thanks!
The stopped clock of The Belfast Telegraph seems to indicate the
time
Of the explosion - or was that last week's? Difficult to keep
track:
Everything's a bit askew, like the twisted pickets of the
security gate, the wreaths,
That approximate the spot where I'm told the night patrol
went through.

M
EORI number now required for all items posted to UK from overseas?
2

V
White slave trade, drug trafficking from Kosovo and Macedonia are not being stopped!
2 3 4