blunt scalpel said:
So you are saying they Bungled the Rainbow.

I see you disagree that Titania McGrath is a gay male comedian.

kimmi851 said:
I have a different theory. Vitamin D is generated by the skin in response to sunlight and has shown evidence of reducing people catching the flu and is believed to boost the immune system generally. People like me of Celtic/Pictish descent are designed to function optimally on 10 minutes sunshine every 2 weeks so the daily walk (whatever the weather - I am British) gives me enough. Lockdowns mean people get less time outdoors getting the optimum amount of sunshine for their body if they are doing it by the book (unless they have lovely big gardens with nothing to block the sunlight).
Click to expand...

It looks as though this is definitely a factor Trinity College Dublin researchers point to changes in government advice in Wales, England and Scotland. Researchers from Trinity College Dublin are calling on the government in Ireland to change recommendations for vitamin D supplements. A new publication from Dr. Eamon Laird and Professor Ro
scitechdaily.com
The worst thing about the lock down is that it stops me being smug about getting early retirement
D

ex_colonial said:
My bold was the dozy twat "earth" involved, no doubt he will blame it on the nasty colonialists who built the railway during the Raj!
Click to expand...

Of course he'd be right. "We" shouldn't have built it where they wanted to walk.
"You can tell a man that boozes by the company he chooses,"
Then the pig got up and slowly walked away.

Meanwhile in the Peoples' Socialist Workers' Utopian Paradise of Azania, the opposition are trying to take on the usual undemocratic govt shit. Makes a change for the ANC-Lite opposition as well. Not often they actually act like what they're meant to be.

I find the single party National Command Council to be particularly worrying. There's a distinct Stalinist stench about the thing.
"Justice tastes like hairy Bovril!" - The Righteous RTFQ 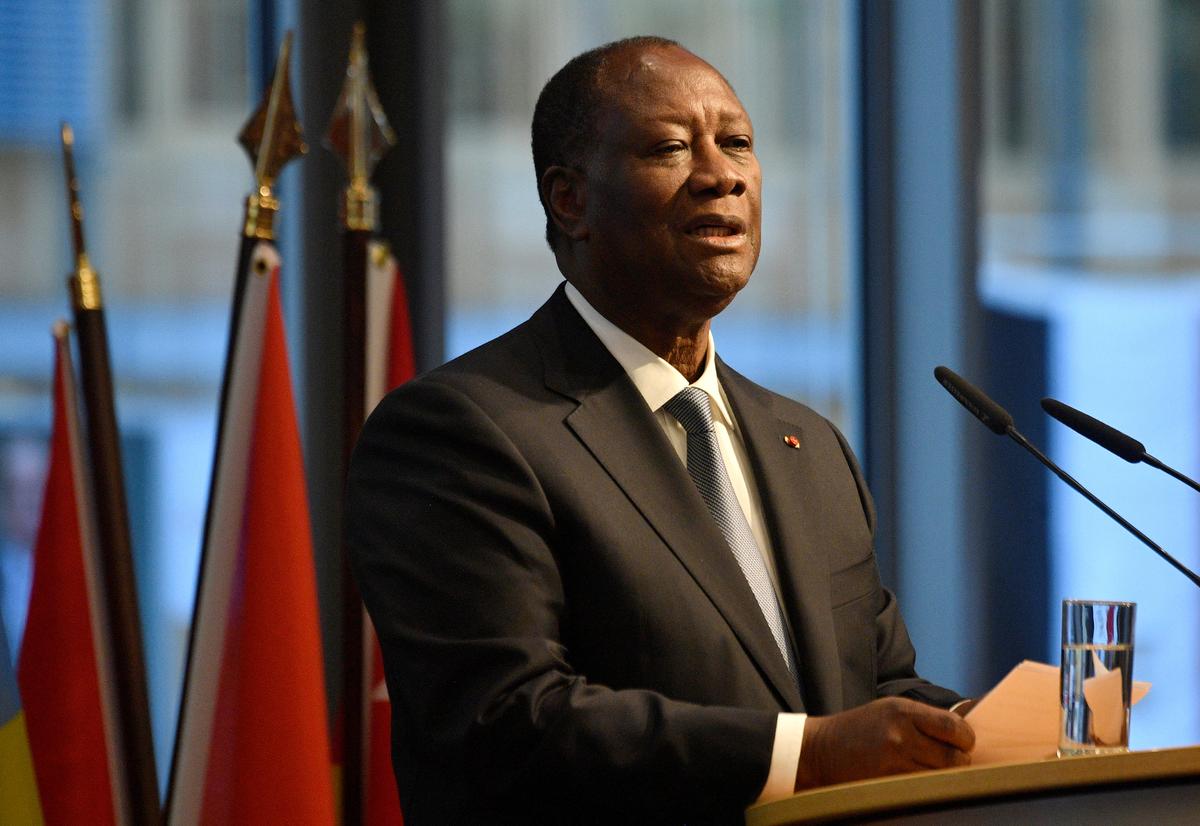 Wealthy countries are failing Africa, with pledges of financial support and debt relief falling well short of the continent's needs as it battles the COVID-19 pandemic, several African presidents said on Tuesday.

“More must be done,” said Ivory Coast President Alassane Ouattara, a former senior official at the International Monetary Fund. “There’s been a selfishness on the part of industrialised nations for decades.”

You racist lot, you've done nothing for Africa and here in its (latest) hour (decade) of need you go around looking for cures and stop buying oil, those gold plated AK47s and Maybachs wont buy themselves.
Service Guarantees Citizenship: Would you like to know more?
The problem with folk who like to say that "there's no I in 'team'" is that they are only too well aware there is an 'M' and 'E' in there which is all they really care about.

Zimbabwe government prosecuting three woman for contravening covid-19 lockdown.
They were members of the opposition party, got kidnapped from a Police station, then got beaten, tortured and sexually assaulted with guns, and then dumped on side of the road. The last act meant they were in a group in public and not in isolation. 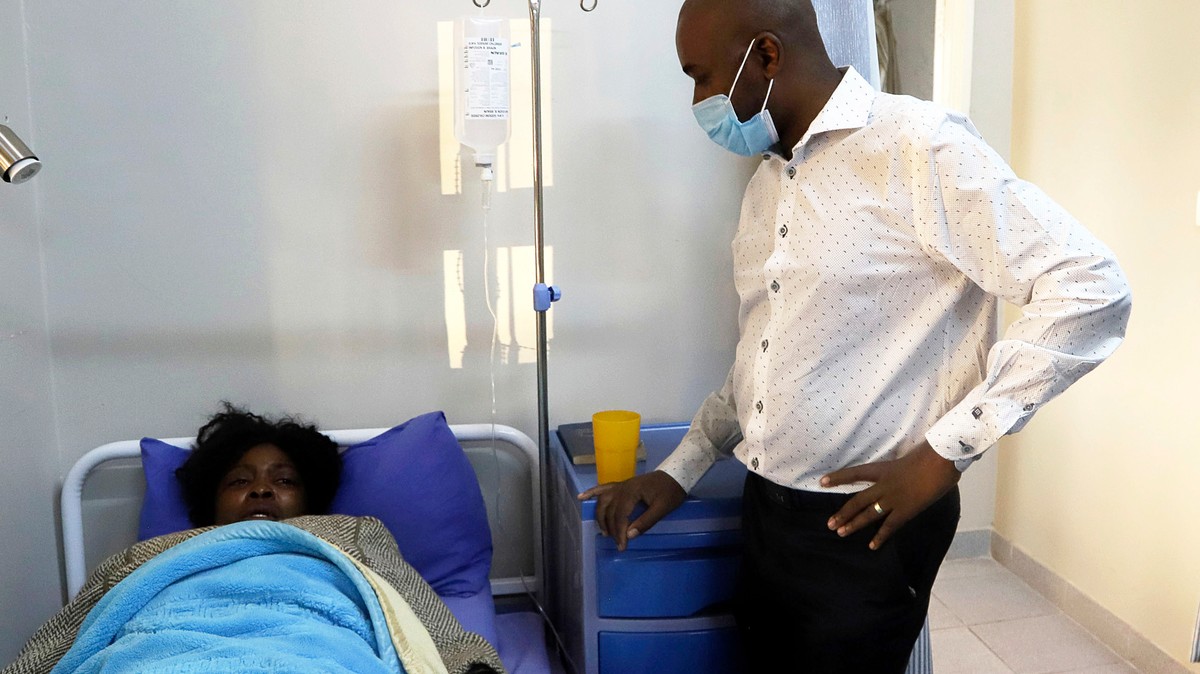 Three Anti-Government Activists Were Kidnapped and Sexually Assaulted In Zimbabwe. Now the Government Wants to Jail Them.

Activists and opposition leaders say the government and police are mounting a smear campaign to cover-up collusion with the assailants.

Effendi said:
The usual limp, snowflakey, finger-pointers here in the US have picked up on an identified trend with the virus. Apparently a higher number of people of colour have been affected by the virus than white people.

Depending on who is voicing an opinion on this the message seems to vary somewhere between: a. The virus is obviously racist, to b. The predominantly white owned, run and managed healthcare providers are again sidelining people of colour for white people.

The reality is that more black people are more economically challenged by nature of their environment - but they spend all their time moaning about it rather than working to get out of it*.I digress. The fact that they are low income, and live in low rent, high population density areas means they are in closer contact with other people and the likelihood of catching the virus is higher. In fact no different to low income groups anywhere else on the planet.

Notes: *. The wifes 2IC is a black lady, a single mother of two lovely kids, who worked very hard to lift herself. She is now successful, earns around $150K a year and hates people who don’t try to improve themsleves.
Click to expand...

Dunno if someone else has picked up on this elsewhere but if they have they must have put it in the wrong thread...

The latest furore is that many NHS trusts are acting in a racist manner for not identifying their BAME personnel and then not performing individual risk assessments in order to determine control measures to avoid them falling foul of Racist Covid.

Why? My blood is boiling over this so I'll repeat myself with more emphasis. WHY?

Why waste time and effort on a paper exercise to come up with control measures for BAME personnel (providing Vitamin D supplements was one suggestion) when it would be much simpler to identify all potential control measures and provide them to ALL personnel, regardless of race, creed or colour.

My blood is boiling because the storyline at the moment is that BAME personnel deserve special treatment to avoid succumbing to Covid. To my mind this is akin to anti-white racism. These are supposedly healthcare professionals but it seems that common sense is lacking.

While BAME personnel may be proportionally more likely to succumb to Covid, that doesn't make the white personnel immune.
"Hurrah for the Works Group" just doesn't have the same ring...

Book Reviewer
And yet, travel on public transport and it's the BAME crowd who are, more often than not, the ones ignoring the "wear a mask" instrutions. I travelled on a train into London yesterday, a black female got on, all masked up, sat down, took the mask off and didn't replace it until the train arived at London Bridge and she got off.
"It's not the bullet that's got my name on it that concerns me; it's all them other ones flyin' around marked 'To Whom It May Concern.'" -Unknown
People sleep peaceably in their beds at night only because rough men stand ready to do violence on their behalf - George Orwell
Si vis pacem, para bellum

Actually round the corner from me, but the biggest concentration of BAME in Liverpool is actually increasing in COVID cases www.liverpoolecho.co.uk
I hate purity, I hate goodness, I don't want virtue to exist anyway; I want everyone corrupt
You must log in or register to reply here.