With claims that the various separatist factions in Myanmar are greeting their collective capability together to oppose the regime, it's hardly surprising that the violence against the protesters is getting more deadly.

'At least 82 people were killed in one day in a crackdown by Myanmar security forces on pro-democracy protesters, according to reports Saturday from independent local media and an organization that keeps track of casualties since the February coup.

'Friday’s death toll in Bago was the biggest one-day total for a single city since March 14, when just over 100 people were killed in Yangon, the country’s biggest city. Bago is about 100 kilometers (60 miles) northeast of Yangon. The Associated Press is unable to independently verify the number of deaths.

'The death toll of 82 was a preliminary one compiled by the Assistance Association for Political Prisoners, which issues daily counts of casualties and arrests from the crackdown in the aftermath of the Feb. 1 coup that ousted the elected government of Aung San Suu Kyi.' 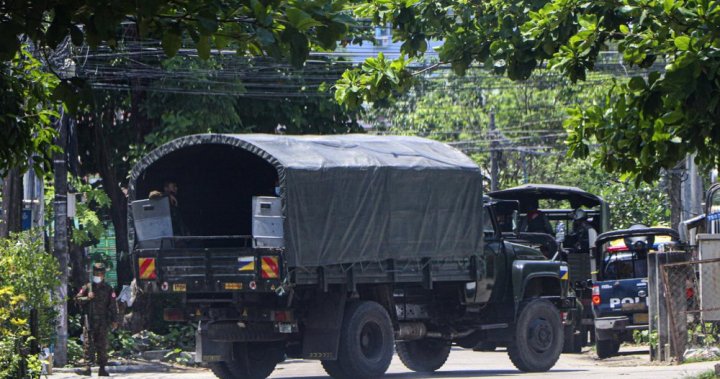 At least 701 protesters and bystanders have been killed by security forces since the army’s takeover, according to the Assistance Association for Political Prisoners.

globalnews.ca
“Do not go gentle into that good night. Rage, rage against the dying of the light.” - Dylan Thomas
"Those who can make you believe absurdities can make you commit atrocities." - Voltaire
“Nobody's slave, nobody's tyrant." - Generallöjtnant Jakob Albrekt von Lantingshausen

How much longer before then PRC decades it needs to come to the military assistance of its ally against the running-dog capitalist, imperialist-backed reactionary stooges who are apparently giving the regime in Myanmar a bit of a duffing up?

'Fighting broke out between various ethnic armed groups and the Myanmar military at several locations in the country’s north and northeast on Monday, resulting in heavy casualties to the military, including the death of a battalion commander, as well as the reported capture of some of their soldiers.

'Fierce clashes between the Kachin Independence Army (KIA) and the Tatmadaw (Myanmar military) took place around Dokphoneyan in Kachin State’s Momauk Township. Tensions have been rising since the KIA seized the Alaw Bum base on March 25 near the Chinese border, which was previously occupied by the Tatmadaw.

'On Monday night, there were also reports of fighting between the Tatmadaw and the Ta’ang National Liberation Army (TNLA) around Myanmar’s ruby centre Mogoke in the Mandalay region.

'The TNLA and the Shan State Progress Party’s armed wing Shan State Army-North are active in areas of Mogoke Township. The TNLA is a member of the tripartite Brotherhood Alliance, which also includes the Myanmar National Democratic Alliance Army and the Arakan Army.

'The alliance recently condemned the military regime, warning that they are ready to join forces with all ethnic people in fighting against the junta if it continues its brutal killing of anti-coup protesters.

'The Brotherhood Alliance attacked a police outpost in northern Shan State’s Lashio Township on April 10. At least 14 policemen were killed and at least five family members of police officers were wounded in the attack.' Clashes in the north and northeast of the country resulted in the death of a Tatmadaw battalion commander.

www.irrawaddy.com
“Do not go gentle into that good night. Rage, rage against the dying of the light.” - Dylan Thomas
"Those who can make you believe absurdities can make you commit atrocities." - Voltaire
“Nobody's slave, nobody's tyrant." - Generallöjtnant Jakob Albrekt von Lantingshausen

Multiple news sources are reporting that the Kachin Independence Army has shot down a Tatmadaw helicopter in the north of the country. From video footage it appears to be a Mi-17 or variant thereof. 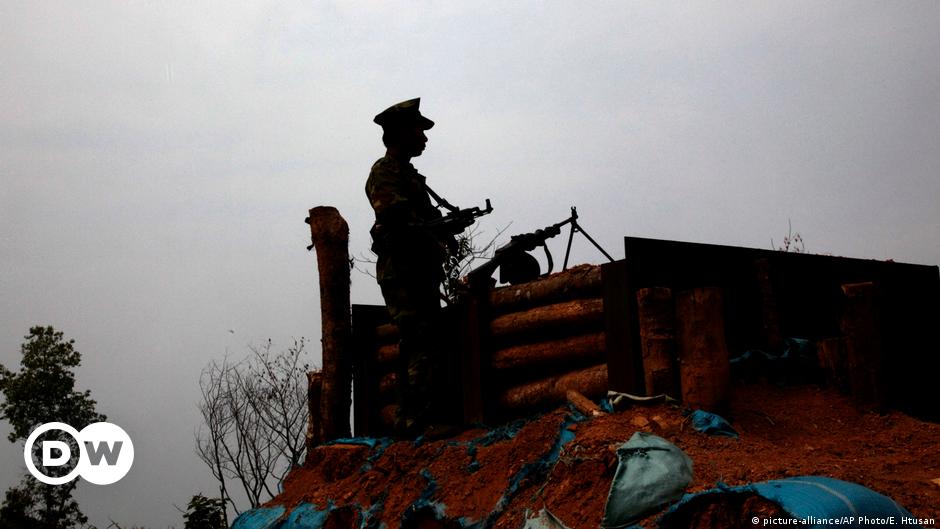 The Kachin Independence Army said it shot down the helicopter in response to airstrikes. Meanwhile, Germany has joined a number of countries in condemning the junta's treatment of journalists.

An interesting development between Burma and Thailand - Thailand may return anti-junta journalists it regards as illegal border crossers. 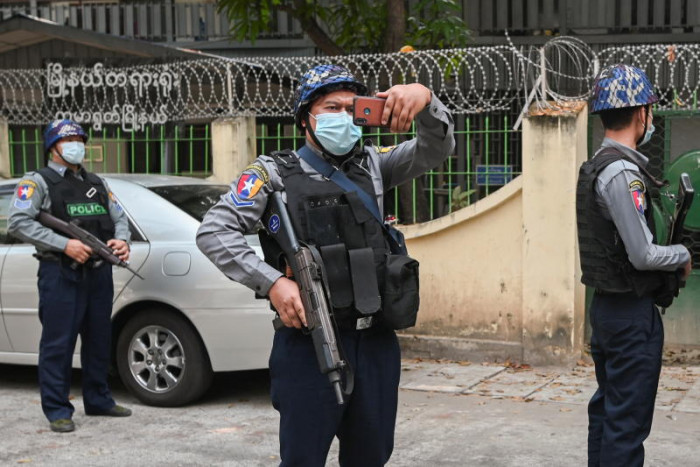 Three reporters and two activists from Myanmar have been arrested in Chiang Mai for illegal entry and face possible deportation, the reporters' news organisation and local police said on Tuesday.