Combat aircraft are complicated things, designed and operated by fallible humans to do dangerous stuff. Even the computers now necessary to keep them airborne are programmed by fallible humans. Making sure that they work as intended and safely is the job of a test pilot, who earns his pay by flying them for the first time in every manoeuvre, weapons set up etc. It’s not a job for the faint-hearted.

I have a long standing interest in aviation and am currently a glider pilot. I have therefore read many of the memoirs of test pilots; this one is without doubt the best. I think it is worth reading if you have a more passing interest in aviation, simply because of the quality of the writing and the power of the story. I found it almost impossible to put down. 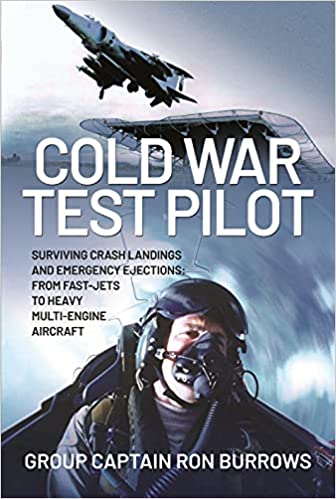 Group Captain Burrows spent the bulk of his career in test flying, mostly in the UK and survived several emergencies. Impressively, this book does not read like the recollections of a steely eyed fight pilot, turning and burning at Mach 2 with his hair on fire; it’s far more nuanced, factual, dry and clear. He doesn’t explicitly say how frightening it is to deal with a malfunctioning jet, it’s clear from the narrative prose. There is no doubt that one is reading the memoir of a very brave man who is also an exceptional pilot. He’s also self-effacing – there are no mentions of the citation for his Air Force Cross.

The author (77 and still flying at the time of writing) includes some reflections on helping to develop deliver platforms for nuclear weapons (that being the primary role of strike, as opposed to fighter, aircraft) and indeed the whole cold war mentality. He also flew in support of ground forces as we withdrew from Aden, which he also reflects on.

Letters from The Few - Unique Memories from The Battle of Britain

Adventures of a Cold War Warrior by John D. Rowbottom