Classic car as a daily runner?

I do like them, but I can think of a lot of cars I’d much rather have.

Any of the big 3 Germans or even a Volvo C70 would be higher up the list.
One cannot begin to fathom the immensity of the **** I do not give.
J

Ravers said:
Yep. The 90s and early 00s was an especially low point for cars, what with the likes of Max Power and Fast Car magazine.

You couldn’t buy a decent hatchback or coupe that hadn’t been ruined by some council estate dwelling amateur mechanic.

I spent a lot of money, time and effort putting my Ferrari back to factory spec after the previous owner decided it was better with massive alloys, a rude boy exhaust and colour coded trim that wasn’t supposed to be colour coded.

I once made a grand on a Mark 2 GTi in a week simply by un-lowering it, putting a standard back box back on it and standard lights. Then made another couple of hundred flogging off the bling
9

They are good cars (but have flaws, like cracking bulkheads), the SAAB and Volvo is a very good example of a company trying to retain there identity in an increasingly competitive market! But it is an Architect,s car!!
Who in the 80,s would think a SKODA would be a Premium car!! 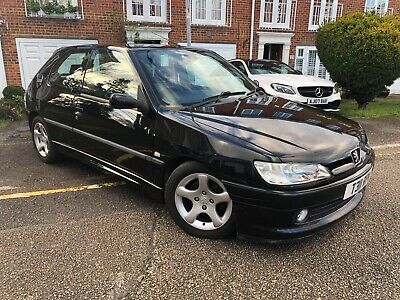 There is slight clutch judder when pulling away in first and reverse. It does seem to be becoming less noticeable when I drive it which isn't very often. Airbox replaced with newly painted OEM one, plus Fram OEM filter.
www.ebay.co.uk
Black Life's Matter....... but not to me

Ravers said:
Covid has dealt me quite an interesting hand.

Plus a variety of wrecked 1960s and 70s Fiats that are awaiting restoration.
old skool 528?

Old jag? XJ6 or something?

If you go for a volvo, forget anything after the 940, it all went to shit, plastic and electronics after that. And the front wheel drive V70 T5 might be fast, but it'll fall to bits in a few years. 940s are basically a canal barge with wheels on, but the turbo versions are almost tolerabe. I've got a Wentworth lpt and even though it's only a 2 litre, it's lots faster than a fpt 2.3. I didn't bother putting an MOT on it last year, but I will this summer, as it's the better one.

I was just saying yesterday the E28 5 series is probably the most durable. I used to get them for £200, polish them up and drive them for a couple of years, then sell them on for twice as much. Sadly they've shot up in price now but if you find a half decent one, they're good to drive and worth saving. The 525e is probably the best option. I had various E28s over the years and the low revving2.7i on it's original 4 speed + mechanical lock up auto box (don't get the electronic sports one, they is shit !) and it's original, correctly mapped ECU will do 39mpg on a run, or about 28 with the wrong ECU (as in a 320i one from the scrap yard which works, but the mapping is wrong for that engine set up.) E34 - very nice, but loads more to go wrong.

What old Fiats have you got. I had a couple of 132s back in the day. Interesting car, you hardly see them anymore due to the fact they dissolved in UK winters.
Another pint of bitter boss.

SWJ99 said:
What old Fiats have you got. I had a couple of 132s back in the day. Interesting car, you hardly see them anymore due to the fact they dissolved in UK winters.
Click to expand...

I have two 124 Sport CC coupes that I was planning on cannibalising into one decent fast road / rally car. Both are pretty dead but not beyond salvageable.

A 1967 500 in complete kit form, bare shell is currently awaiting welding and paint.

And a 126 that’ll be a parts donor car for above.
One cannot begin to fathom the immensity of the **** I do not give.

Spoilt for choice with mk1 Cabriolets although less so if you want the GTI flavour . Lots of versions , early GTI's CTi's , Karmann cabriolets and my favourite , the late Sportline models .

Mk2 Gti is a good compromise as you can get a five door and will be able to get the very best for under your budget . I had two back in the day as a kid and i love them . Lots of low down grunt and instant throttle response , nice and solid feeling . Something to bare in mind re. missus use , you can get PAS on mk2's .

Look up VW heritage as well , you can get virtually every nut bolt screw and part so thats great .
NULL 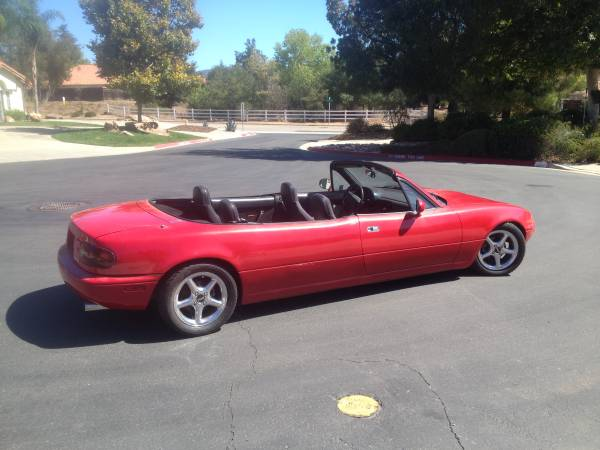 Mk1 Golf GTI cabriolet still top of the list and ticking most of my boxes.
Porsche 944 also in the running but back seats look completely unusable. Might have to see one to make sure.
Scirocco... Maybe, would prefer a Golf.
E46 Alpina B3 has also recently cropped up on my radar but hard to find a nice one within budget, although high mileage ones are out there.
E30 beemer convertible.

Stuff that has also crossed my mind:

Mk2 Golf GTI. Not as cool as the Mk1.
Fiat Coupe. Cool but unreliable shite and a bit chavvy.
VW Corrado. I just don’t really like them for some reason.
Alfa GTV V6 (late 90s / early 00s) could be a contender. Again need to check on useabilty of back seats.
Jag XK8..... A bit middle aged golfer for me.
Clio 182... hard to find an unragged one and a little bit too 19 year old boy racer.
Click to expand...

I have had four grown men in the 944 getting them in and out was an issue but once they were in it was ok.

mrboo said:
I have had four grown men in the 944
Click to expand...

My neighbour has one and she is better looking than that. Sorry no photos

Is there a difference...