I'm not sure what to make of this news item. On the one hand, it's good that someone with such extremest views can be easily found out and exposed and forced out of my Army, yet it is troubling that we would have persons, especially field grade officers who would espouse such views.

Army investigators have opened an inquiry into a Reserve operations officer in connection with racist, anti-government screeds calling for extreme violence posted online, an Army Reserve spokesman confirmed to Military Times on Thursday.

The Army Reserve is investigating Maj. William Jeffrey Poole, 34, in connection with messages posted under the name “Nebor” on the social media site Reddit after a group of Army subreddit whistleblowers compiled a 75-page dossier on his comments across multiple online platforms.

“Nuclear war wiping out the major cities would be a healthy reset for our nation,” Nebor wrote in late September on a Reddit thread, one of the top posts on his profile overview. “As long as Tel Aviv got a taste too. But our nation would be better off without NYC, Chicago, LA, San Francisco, Dallas, Atlanta, Houston, Minneapolis, Washington DC, Seattle, etc. They’re all full of traitors and bugmen.” 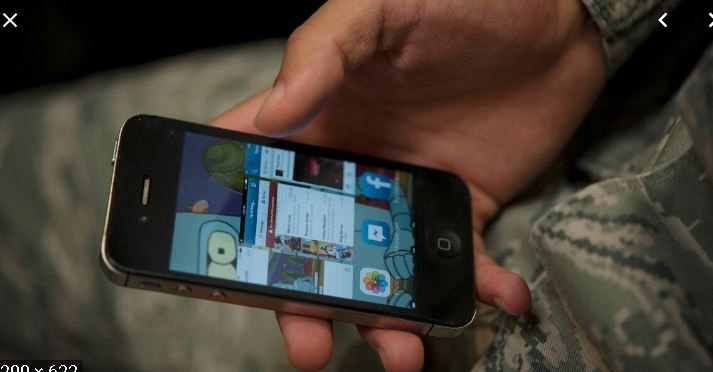 Poole, who goes by Jeff, is an operations officer at the 98th Training Division at Fort Benning, Georgia, an initial entry unit for Army Reserve soldiers, an Army Reserve spokesman confirmed.

The rest of the article can be found at the listed link.
CID investigating whether Army infantry officer called for mass murder and destruction amid racist, anti-government Reddit screeds
Now shrivelled hags, with poison bags,
Discharge your loathsome loads!
Spit flame and fire, unholy choir!
Belch forth your venom, toads! - The Sorcerer - W.S. Gilbert

I am definitely questioning his incongruent choice of targets.

But then again, I have always maintained that 2LTs and MAJs are a bit weird. Something about silver out-ranking gold fucks up their brain-waves.
Regnar

Ruckerwocman said:
I'm not sure what to make of this news item. On the one hand, it's good that someone with such extremest views can be easily found out and exposed and forced out of my Army, yet it is troubling that we would have persons, especially field grade officers who would espouse such views.
Click to expand...

I'm not in the least bit surprised, it is the elephant in the armies room and always has been. A volunteer army will inevitably attract persons of an extreme right wing dictatorial mindset because of it's command structure and ethos of obedience. This makes the perpetration of the idea that things were good in my youth and shouldn't change fairly predictable and from that inherent conservatism an anti immigrant stance is almost assured. As one example that this is not a new problem look at the senior officers who made it clear they would not support anything to do with Irish independence before WW1. The British army does not do Catholicism and hasn't since the 1600's so Irish republicanism was wrong for religious reasons, wrong for political reasons [reducing the empire], while protestant terrorism was OK because it conformed to the aims and expectations of the VSO's.
Very little gets done about it because it's also the elephant in plenty of other establishment rooms.
If you think you know the answer then you don't really understand the problem.

Moderator
Frankly it seems to be nothing more than a mirror upon society. One thats available for all to see thanks to the social media however one that the grown ups are concerned about.
If anything other than the party line becomes viewed as extremist then screening of candidates and psychological reprogramming will be needed.
I cant see it happening so this will become something even more common place or folks will get cuter with social media!
So long and thanks for all the laughs
https://280british.blogspot.com/

They’d have a field day with some of the posters on here.

RGJ you know I’m looking at you...

Some on here, allegedly in full-time employment, seem oblivious to leaving an audit trail as wide and as long as the M6 whilst displaying obvious mental health issues.
Funnily enough the M6 also ends up in Scotland.
Employment in the age of social media, a minefield.

bob_the_bomb said:
They’d have a field day with some of the posters on here.

Oh, come on. There just isn't enough computing power in the world, or will power for that matter, to compile even an outline dossier on half of us.

A joint Grauniad - Labour Party - Metropolitan Police Investigatory Committee has been found in a state of catatonia after reviewing the first year of online extremist organization ARRSE's website.

"Bomb the Bastards Back to the Stone Age, that's what I say. In fact, stones are too good for 'em.", said one ARRSE commentator (... well, said all of them, actually)

Even the liberal, feminist wing of ARRSE thinks Athens should be included on the strategic targetting list, ahead even of Paris, Moscow, Paris, and Hull. Spokeswomen, and ex-Irish Guards, Mrs Carberry gave this interview to our intrepid reporter:

Meanwhile, officials from the Ministry of BAME reported the blatant and outright racism encountered by L/Cpl Mick Bimbambalola when he reported for duty at his first barracks.

"Why don't you go back home?" one of the lads said, while the rest nodded in agreement. "What? Africa?", I retorted. "Eh? Liverpool, you thieving scouse git. Why would we send you to Africa, they've got enough problems to deal with as it is. They don't need scallies like you making things worse.". I wouldn't have minded so much, but this was from a ginger porridge wo<redacted>; at least people understood my accent.
Click to expand...

Interestingly, the committee had found one post expressing non-extremist Corbynite views, but it turned out it was just a squaddie from MT conducting a road-test of the Outrage Bus before the Baiting Season kicked off in earnest.

In other news, Catatonians around the world are expressing solidarity with their government's refusal to give asylum to the Investigatory Committee. Human rights organizations are steadfast in their agreement to turn the other way and whistle loudly, hoping it all goes away before they have to decide between 'supporting immigrants' or 'offending Catatonians'
Click to expand...

He is doomed, but he forgot Denver...

bob_the_bomb said:
They’d have a field day with some of the posters on here.
Click to expand...

If I were in Special Branch I'd pass my eye over one or two posters. Most of the obvious racists are just 'old farts' in multiple senses of the term, but I'd maybe just see what some were purchasing to be sure.
If you think you know the answer then you don't really understand the problem.
C

beardyProf said:
If I were in Special Branch I'd pass my eye over one or two posters. Most of the obvious racists are just 'old farts' in multiple senses of the term, but I'd maybe just see what some were purchasing to be sure.
Click to expand...

And anyone purporting to be a professor or other member of the intelligentsia needs their hard drive checking over too.
- #diymetoo
- Apparently some moderators take themselves very, very seriously, and cannot abide posts such as:
"If however you offer to moderate you may be a sanctimonious, unfunny pissflap to your heart's content."
- Some comments are allegedly "very very nasty and uncalled for."[/U]
- FISHMO

I was on exercise with US reservists a couple of years ago and there were the usual invitations to ‘look me up on faceache’ at The end. One or two were a little too far right of Genghis Khan for my liking.
I'm not happy about our position in the narrative structure of this war.

Seems like a fantasist to me. I've heard worse whilst sinking a few pints in the Local.
Life sucks. But it hurts less the more you do it.
You must log in or register to reply here.