Humble Tiller said:
The turkey arrived yesterday. We still have potatoes left from this years veggie patch, Mrs. HT bought some sprouts and red cabbage the other day, and tomorrow the junior members of staff and I will make a chocolate yule log cake thing.
All the veg prep, and cooking thereof, will be done whilst the turkey is resting.
Finding the time to do agricultural stuff on Christmas morning, as well as cooking, shouldn't be a problem given the usual 0400 wake up.
Click to expand...

I am sure that after an 04:00 start you’ll be far more ready for a big Xmas feed than the rest of us couch potatoes. Enjoy, you deserve it.

Retd_crab said:
SWMBO will buy at least 3 Turkey Crowns and enough veg to feed an Army. She will then go into a sulk when i complain that’s it’s alll too much for us to eat, quoting many years past as evidence and despite half the xmas dinner being only half consumed.

After xmas i will point out that the £40 on Turkey Crowns she has frozen are reduced to £10.

I will not win the discussion.

In about Sept/Oct next year after complaining that the freezer has been full of frozen turkey for nearly a year we will have a month of turkey sandwiches.

Funnily enough, i have just been tasked to purchase 2 turkey crowns tomorrow to supplement the 2 we already have. My objections fell on deaf ears and were followed by lots of scowling.

Yokel said:
How exactly re you converting lead to brass? Are you an alchemist? I know what you mean, but it is wrong. What @Ortholith say?
Click to expand...


Yokel said:
Are you saying you want to shoot yourself?
Click to expand...


Yokel said:
Are you as imprecise with your firearm as you are with your words? Would Sir prefer a shotgun?
Click to expand...

No and No.
By the rude bridge that arched the flood,
Their flag to April's breeze unfurled,
Here once the embattled farmers stood,
And fired the shot heard round the world.
C

Linview said:
Mrs linview teaches on a Hudderite colony (goggle it) as a perk of the job we get our fruit,vegetables, meat,baking etc free and at Christmas she is sent home with a few large boxes of provisions this year a goose and a duck assorted pickles, lots of candy, preserves, butter, a box of assorted vegetables, Pate, cakes etc more than enough for Christmas, everything is made on the colony as they are completely self sufficient.
Click to expand...

Husband wanted a goose this year. Balked at the $22/kilo the only place he could find one in Edmonton.
NULL
C

mnairb said:
Why would vegetablists want to eat something that looked like meat, felt like meat and tasted like meat but was made from some bean that they'd cut down half a rainforest to grow? Why not just eat bloody meat FFS?
Click to expand...

I used to know a girl who was vegetarian who was very fond of meat...

clothears said:
Husband wanted a goose this year. Balked at the $22/kilo the only place he could find one in Edmonton.
Click to expand...

Would you like a hug and a banana?
M

I mean by traditional the sort of day that say 80% or more of the population would have enjoyed from say 1950 onward, and by the 1970s I would think would have reached 90%.

You get what I mean, a large family dinner, the best china brought out of the cupboard, Mum going crazy in the kitchen from early morning getting the veggies ready, Dad having a sup, the kids playing with their new toys (Did we still go to church then? I can't remember). Mid to late afternoon everyone around the table, crackers, silly hats, turkey, ham (Dad making a fuss about carving), sprouts, mashed spuds, all the trimmings, three servings, Christmas pud brought in ceremonially, the brandy set alight, everyone then repairing to the sofa to doze in front of the telly, maybe a few party games later.

Am I over-romanticising that? Was that a general experience for the vast proportion of the British population (outside of those in the services and those having to work on the day)? Is it still the majority situation or has it largely gone out the window for most of us?

It depends, if you're office scum then it's two weeks off otherwise you're f* ed.
Try to be the former.

I'm going to find a turkey dinner for one in about three hours.

I've just been told that for Xmas Dinner, especially the preparation part, I am going to be "Sat in my armchair, with a pint of cider, relaxing watching telly".
I will be called to the dining room 5 minutes prior to food being dished up.

I am NOT to interfere or even set foot in the kitchen while swmbo and her daughter are cooking.

If I stop posting.. I didn't need a new patio. 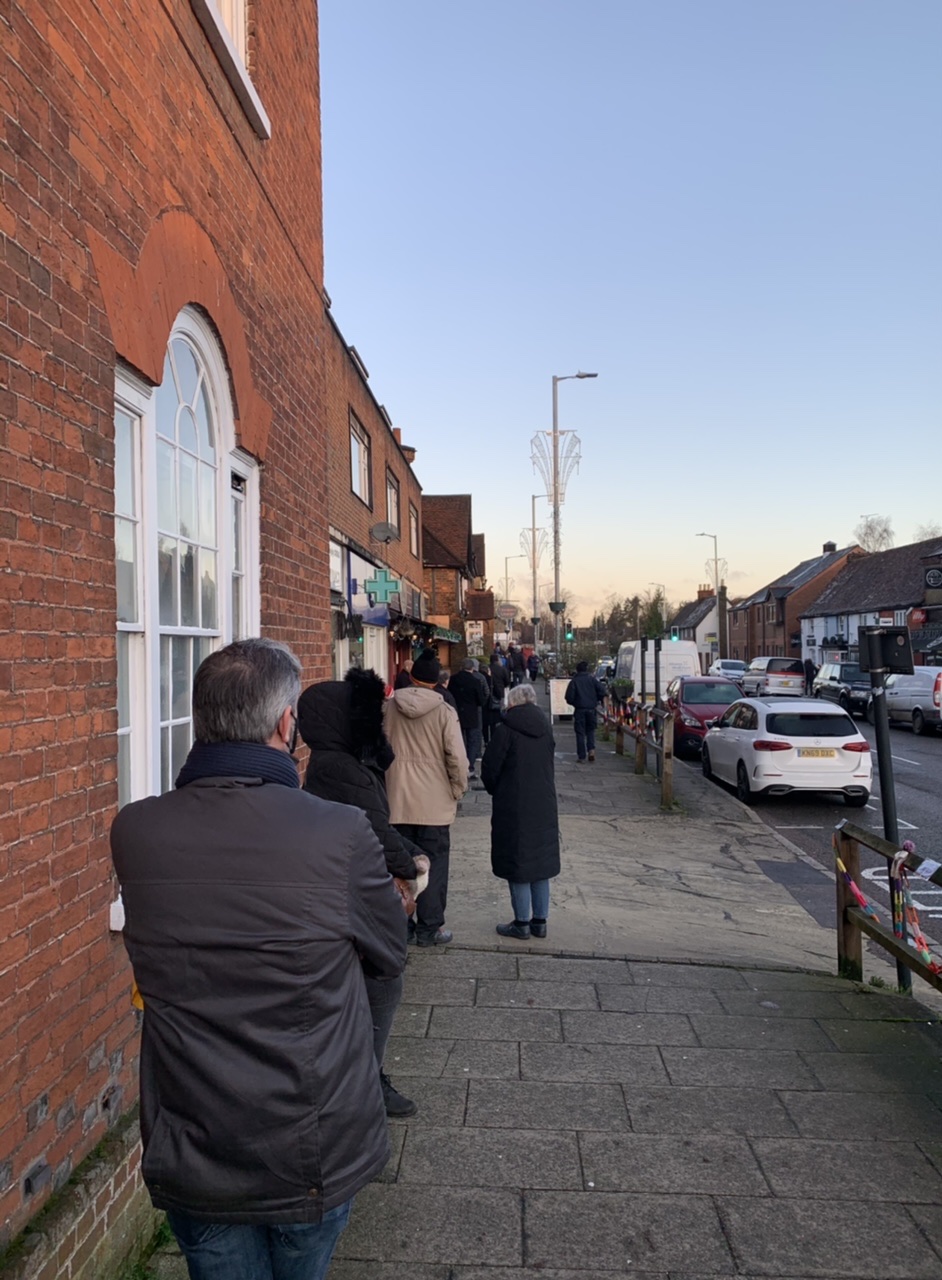 that was 0830 - queue for the butchers. It’s bloody freezing as well
It’s official. SPotY 2020 goes to our erstwhile hero of the RAF Regiment. Himmler74 is the site prick.

Think yourself lucky, it's snowing in Northumberland.
"Two in the goo, one in the poo".

Badger_Heed said:
Think yourself lucky, it's snowing in Northumberland.
Click to expand...

Gods country
It’s official. SPotY 2020 goes to our erstwhile hero of the RAF Regiment. Himmler74 is the site prick.

Indeed but he must have had on off day when he made Blyth.
"Two in the goo, one in the poo".

Provost said:
You see, this is what I don't understand. Why even bother with even one if you hate them? It's such a British idea of Christmas; eating things out of tradition rather than because you like them. No need for Christmas to be any more of a tyranny than it already is.

I like sprouts but I can understand why people do not. Much of the bitterness has been bred out of them now. I always put a touch of brown sugar in with the water and they should never be over boiled. The sugar tip works with carrots and beans as well. Lifts them a bit.

Do the boxheads do carp on Weihnachten, as in some other places in that part of the world? I've only ever tried it once. Jesus, how anybody can consider it a celebratory treat and an essential part of the festive board.
Click to expand...

Some do, some have it for new years, tradition to keep a scale from the carp in your wallet in the new year, suppose to prevent money troubles. You need to make sure the carp swims in clean flowing water for at least 2 days, otherwise it just tastes like a swamp.
Lost....

Badger_Heed said:
Indeed but he must have had on off day when he made Blyth.
Click to expand...

Spent my childhood on Beadnall Bay.
It’s official. SPotY 2020 goes to our erstwhile hero of the RAF Regiment. Himmler74 is the site prick.

Not sure where you are, but if you were in Frodsham, Cheshire you would find a much longer queue outside H&E Coward on th high street. This is completely normal round here as Cowards are the finest butcher for miles around and today is collection only for pre-orders.
Reaktor Bolshoy Moshchnosty Kanalny

RBMK said:
Not sure where you are, but if you were in Frodsham, Cheshire you would find a much longer queue outside H&E Coward on th high street. This is completely normal round here as Cowards are the finest butcher for miles around and today is collection only for pre-orders.
Click to expand...

Kings Langley in Herts. One butcher and it’s ace quality. We are a pre order. For knows about the other people. Queue was worse yesterday so the mrs gave up
It’s official. SPotY 2020 goes to our erstwhile hero of the RAF Regiment. Himmler74 is the site prick.

Cold_Collation said:
I used to know a girl who was vegetarian who was very fond of meat...
Click to expand...

I hope you made sure she got plenty of "protein" down her throat.
Now in my 60's and even grumpier than I was in my 50's. Just so long as you realise that I'm right and you're wrong, we'll get along just fine, OK?

Civvy Scum said:
I hope you made sure she got plenty of "protein" down her throat.
Click to expand...

Badger_Heed said:
Think yourself lucky, it's snowing in Northumberland.
Click to expand...

Surprised this morning.... even snow in Durham.