Mike Barton said:
Thank you, so there is no doubt there was a knightly/chivalric code there, in the sense that there were rules that they were supposed to abide by, although for the most part they seem to be rules about how they behave among themselves and other members of their class (and presumably their families and womenfolk), but little hard evidence that anyone paid much more than lip service to them.

What there isn't, and which presumably there would be a lot of if it really was the case, is any evidence that the knights as a class ever actually protected the weak and the poor (other than perhaps the serfs and peasants that belonged to his feudal lord).

What there is however, as pointed out above, is plenty of evidence that the knights were very effective stormtroopers when it came to the slaughter of anyone who their masters, either spiritual or temporal, decided needed to have manners put on them.

Surely the finest examples of knightly enterprise, and certainly the ones most extensively documented, are the crusades, and throughout the accounts of the crusades there is one litany of brutal slaughter of the weak and vulnerable after another, often the slaughter of Christians as much as infidels (the same thing went on with the Muslims too let it be said, the idea of knightly Saracens is a bit of a myth too I think).

"this land which you inhabit, shut in on all sides by the seas and surrounded by the mountain peaks, is too narrow for your large population; nor does it abound in wealth; and it furnishes scarcely food enough for its cultivators. Hence it is that you murder one another, that you wage war, and that frequently you perish by mutual wounds. Let therefore hatred depart from among you, let your quarrels end, let wars cease"

In the Fourth Crusade it got worse, the knights allowed themselves to be used as mercenaries by the leader of Venice to destroy his commercial rivals in Constantinople, the capital of Eastern Christianity. The crusader knights obliged and besieged and sacked this heartland of the ancient Christian faith and massacred its inhabitants, robbing churches, murdering priests and raping nuns. All a hard day's work of rapine and pillage for Europe's supposedly knightly noble classes.

TLDR: In short when it comes to the actual historical record, rather than the romanticised poetry and ballads of later years, all the evidence points to Europe's knights being a bunch of murdering thugs, robbers and rapists, rather than protectors of the weak and poor that was later claimed for them.
Click to expand...

I'll go along with all this, though from what I've read a lot of chivalry had its origins in Occitania and Llanguedoc. Before the Albigensian Crusade this area was an area of more culture and learning than in the north, and one of the results of this were the Troubadours who would be the equivalent of the old Celtic Bards. They went through the land entertaining and teaching people through the medium of songs and music to a overwhelmingly illiterate audience.
A big element of this were the songs of King Arthur and Camelot which were firmly rooted in old Celtic mythology and beliefs. These involved ideals to be aimed at and cultivated as far as possible to improve the standards of individuals and civilised behaviour.
Without going into the religious/spiritual influence of the Cathars in this area at the time it could well have been seen as a start point for individual progression, which would then gradually extend. The Albigensian Crusade did little to help but by then the ideas had become more widespread.
Richard Lionheart was an example, he liked poetry and dabbled in it himself. Blondin was the troubadour who searched for him when he was imprisoned, and the liklihood of them being lovers is high.
Yet Lionheart could be a classic example of a vicious brutal knight. In the Holy Land he ordered a couple of thousand hostages to be slaughtered in cold blood because an installment of a ransome was late, even though messengers had arrived to say it was on its way and had been delayed.

Oh. Apparently (I just looked it up) his sainthood was revoked
And shall Trelawny live?
Or shall Trelawny die!
Here's twenty thousand Cornish men
Will know the reason why!

morsk said:
Oh. Apparently (I just looked it up) his sainthood was revoked
Click to expand...

Must have been before his word was his Bond.
M

Fang_Farrier said:
Hence the development of very narrow stabbing daggers which could be used by peasants against knights knocked to the ground,
Used between the various armour plates and would penetrate the chainmail worn underneath,
Click to expand... 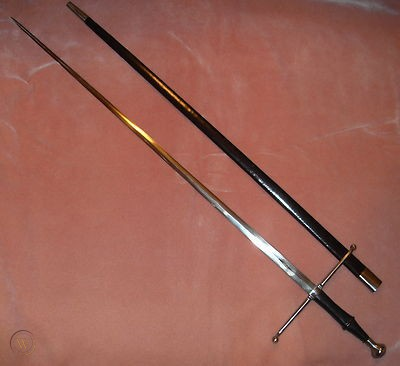 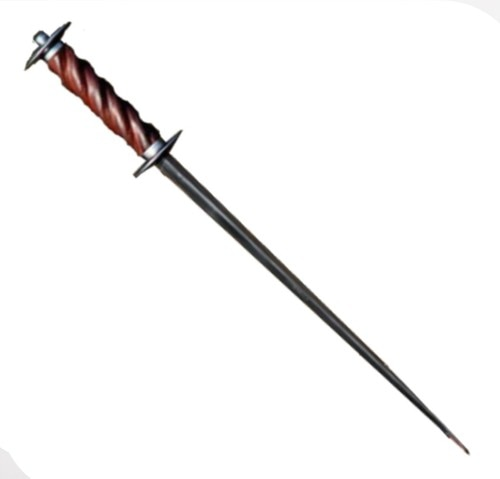 New book coming out, focusing on the Ships that sunk.