shopgirl said:
Maybe change the dynamic? Put Lenny into a neutral room and introduce Lilee and see if it makes a difference
Click to expand...

Yeah, perhaps ensure Lenny also has his own bit of territory as well. Then have them meet in neutral ground.

Thought this pic of Ginge, might raise a smile. He is 14 now taken a couple of years ago 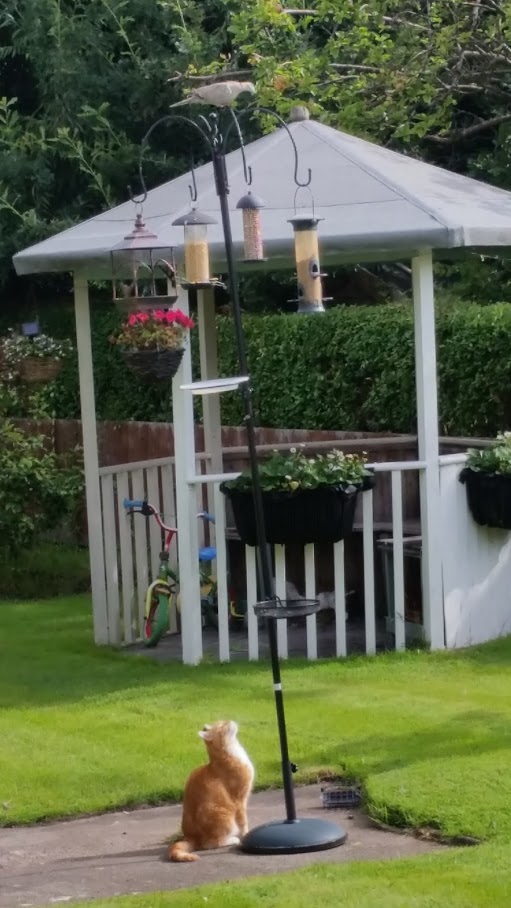 patam said:
Thought this pic of Ginge, might raise a smile. He is 14 now taken a couple of years agoView attachment 494120
Click to expand...

That's a cat wishing he was a squirrel so he could go up to those feeders and hunt birdies.
If something doesn't fit in a hole, then one should stomp, stomp, stompity stomp on it until
it does, then walk away whistling "Spanish Harlem"

I went upstairs to get something and look who was quite at home on the window sill. I'm surprised he wasn't curled up on the bed. 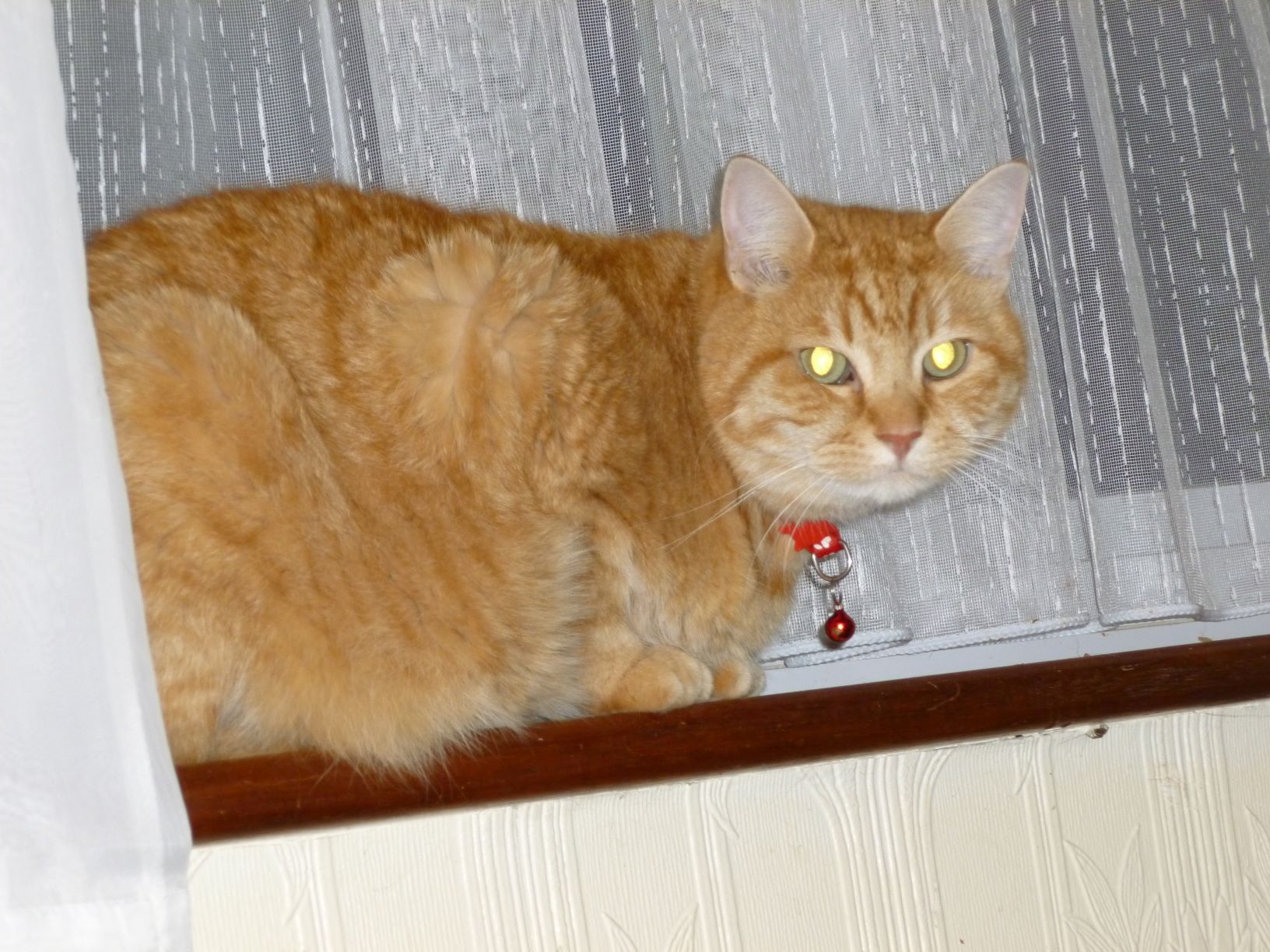 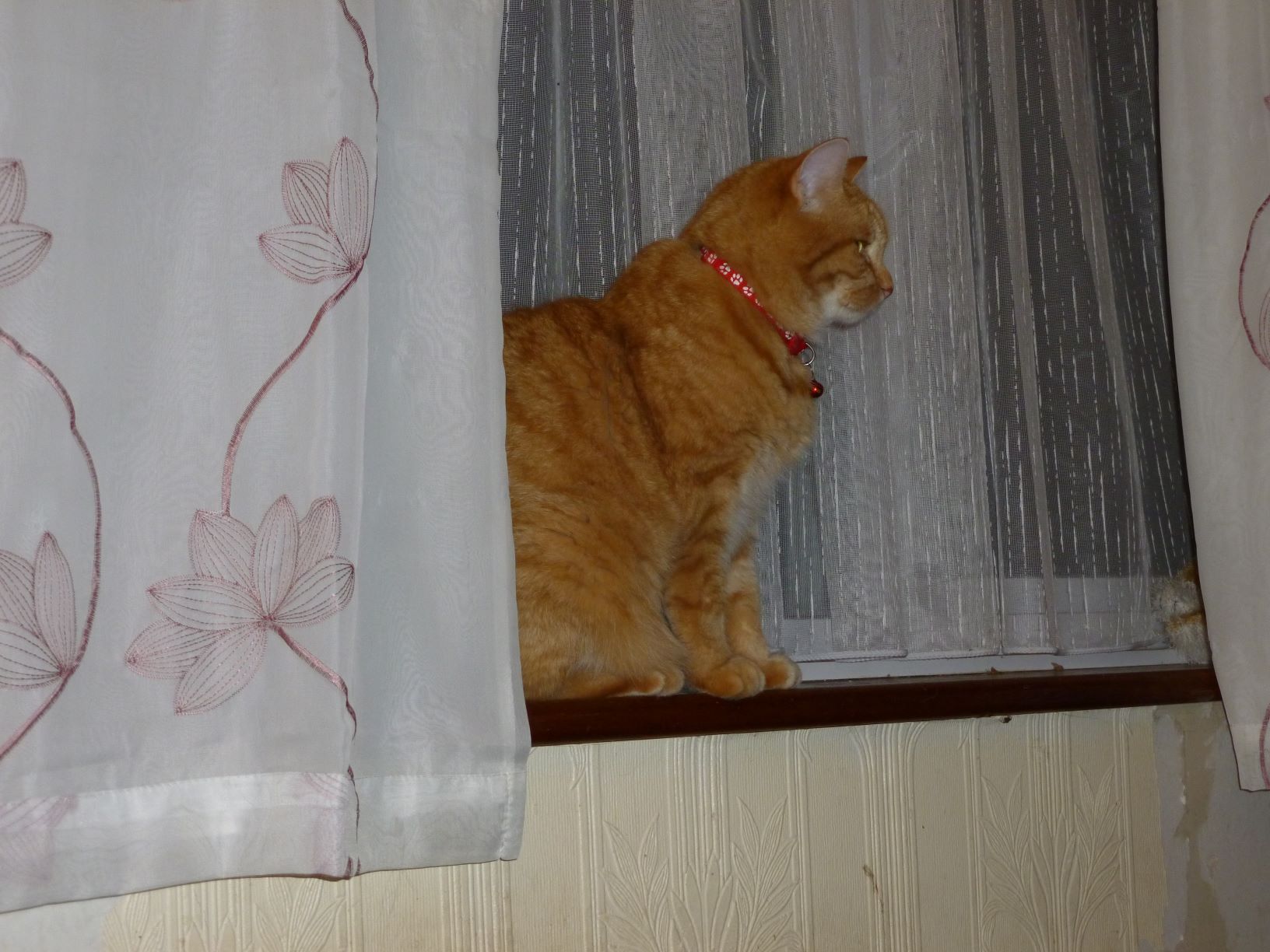 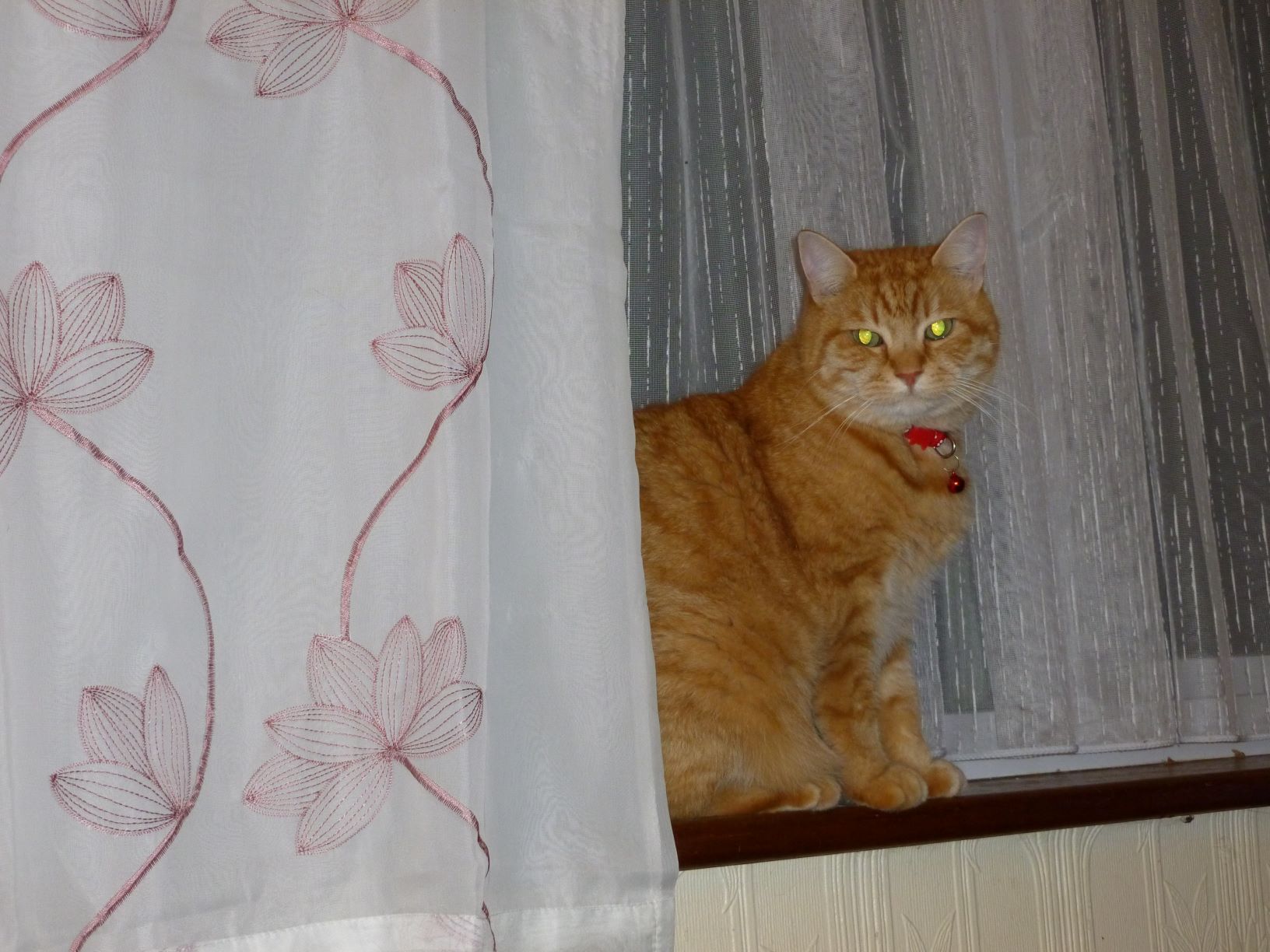 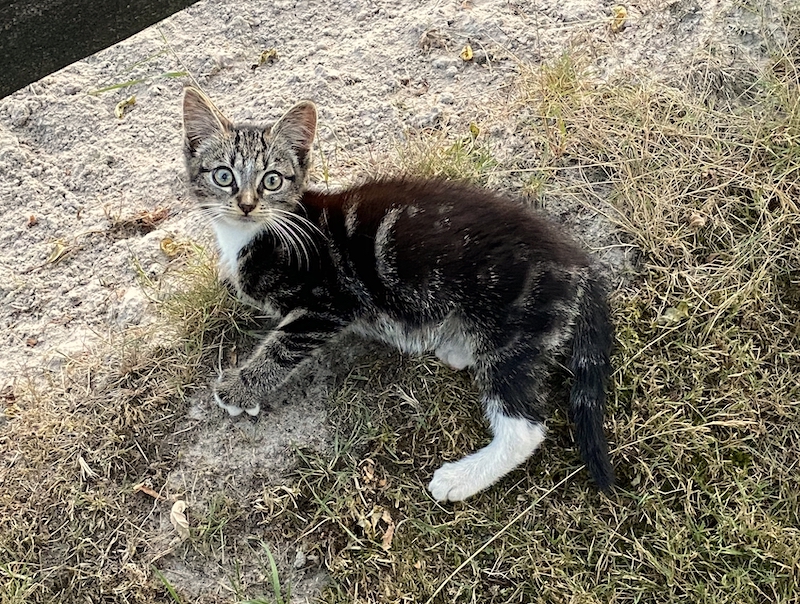 One of the two new kittens at the stables. We started socialising them at the right stage but now they just run off. They haven't had any trauma but they're still very shy. This one will allow me stroke his back if mum is about but that's it. I'm playing the long game. Just sit next to them and wait until curiosity gets the better of them. The one I was going to adopt hasn't adopted me. 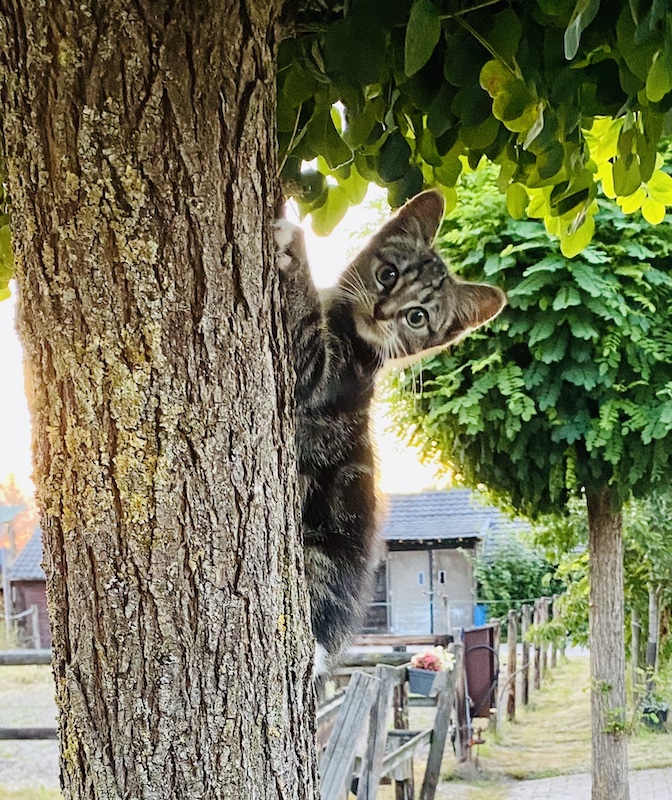 shopgirl said:
It seems I might have acquired a squatter

Do you have a cat-flap at all? Or has the cheeky Ginger Ninja discovered the art of lockpicking?
If something doesn't fit in a hole, then one should stomp, stomp, stompity stomp on it until
it does, then walk away whistling "Spanish Harlem"

BWB getting acquainted with his new bed. 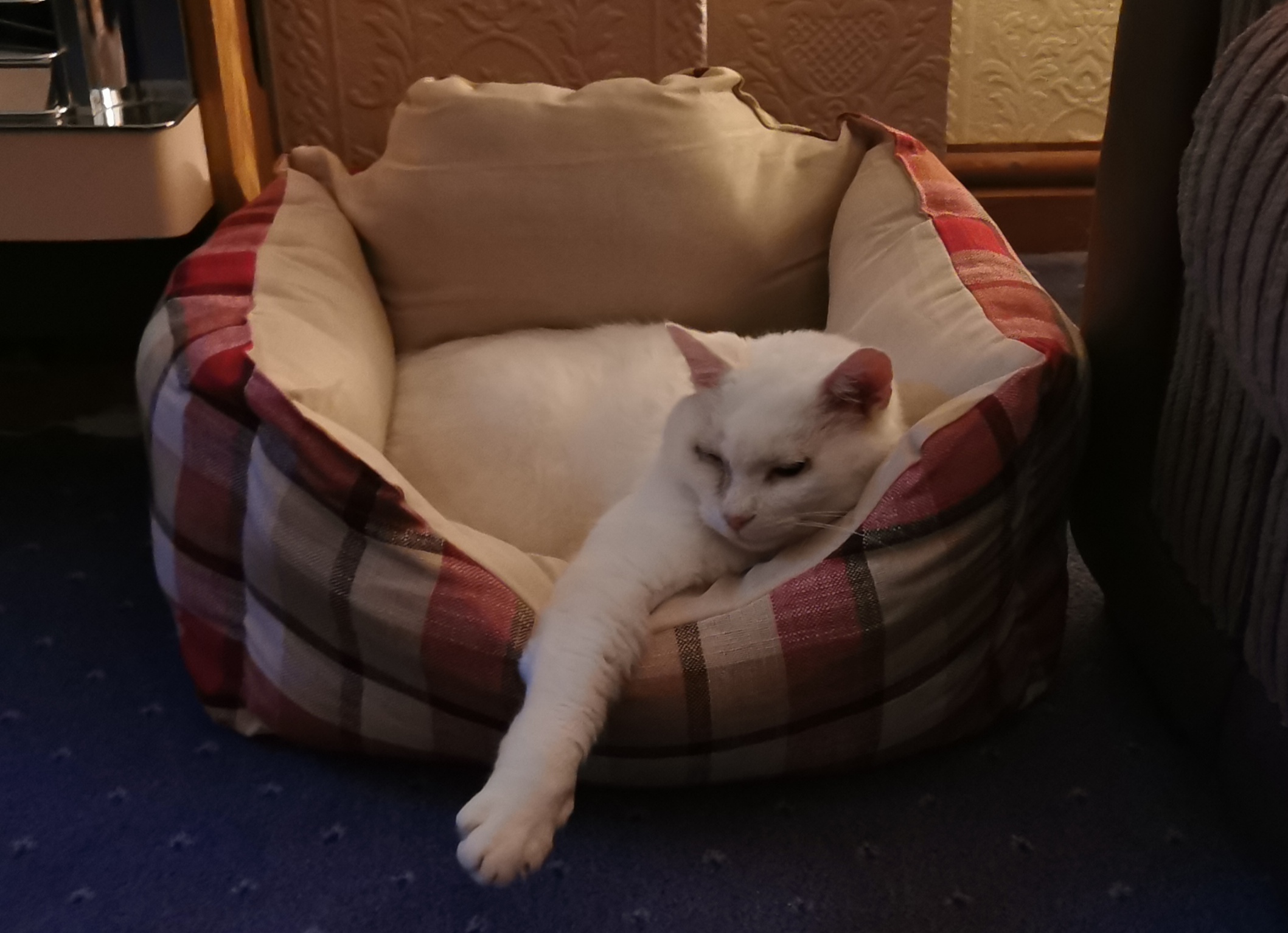 TamH70 said:
Do you have a cat-flap at all? Or has the cheeky Ginger Ninja discovered the art of lockpicking?
Click to expand...

He, like the hedgehogs, comes in through the cat flap. i usually hear him because of the bell, although he's very good at not jingling, hence Ninja.

He must have come in while i was in the shower, otherwise he'd have come past me to get upstairs.

Oh dear, he really doesn't like that at all does he

He absolutely hates it! 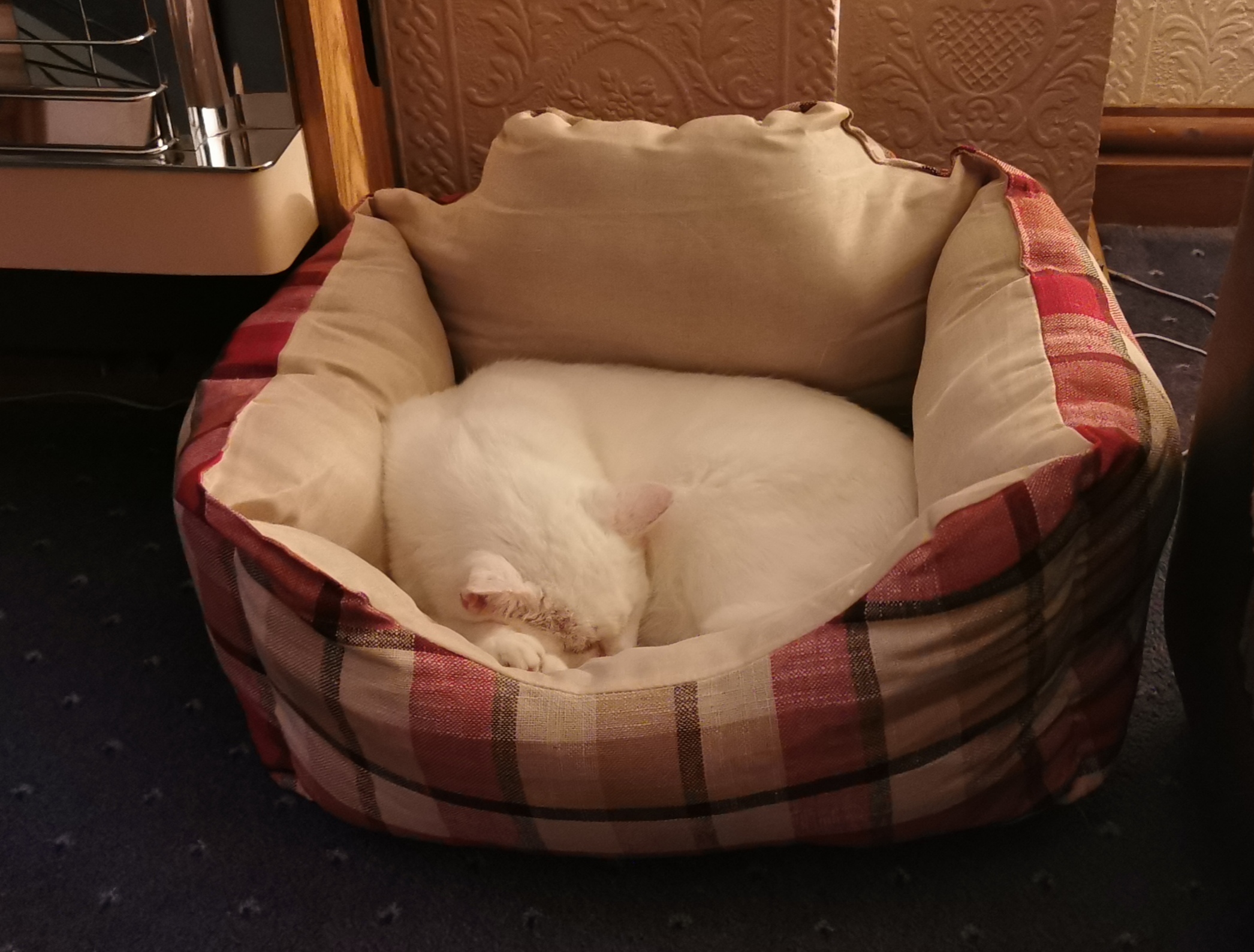 Terrible business when a cat doesn't like their bed.... 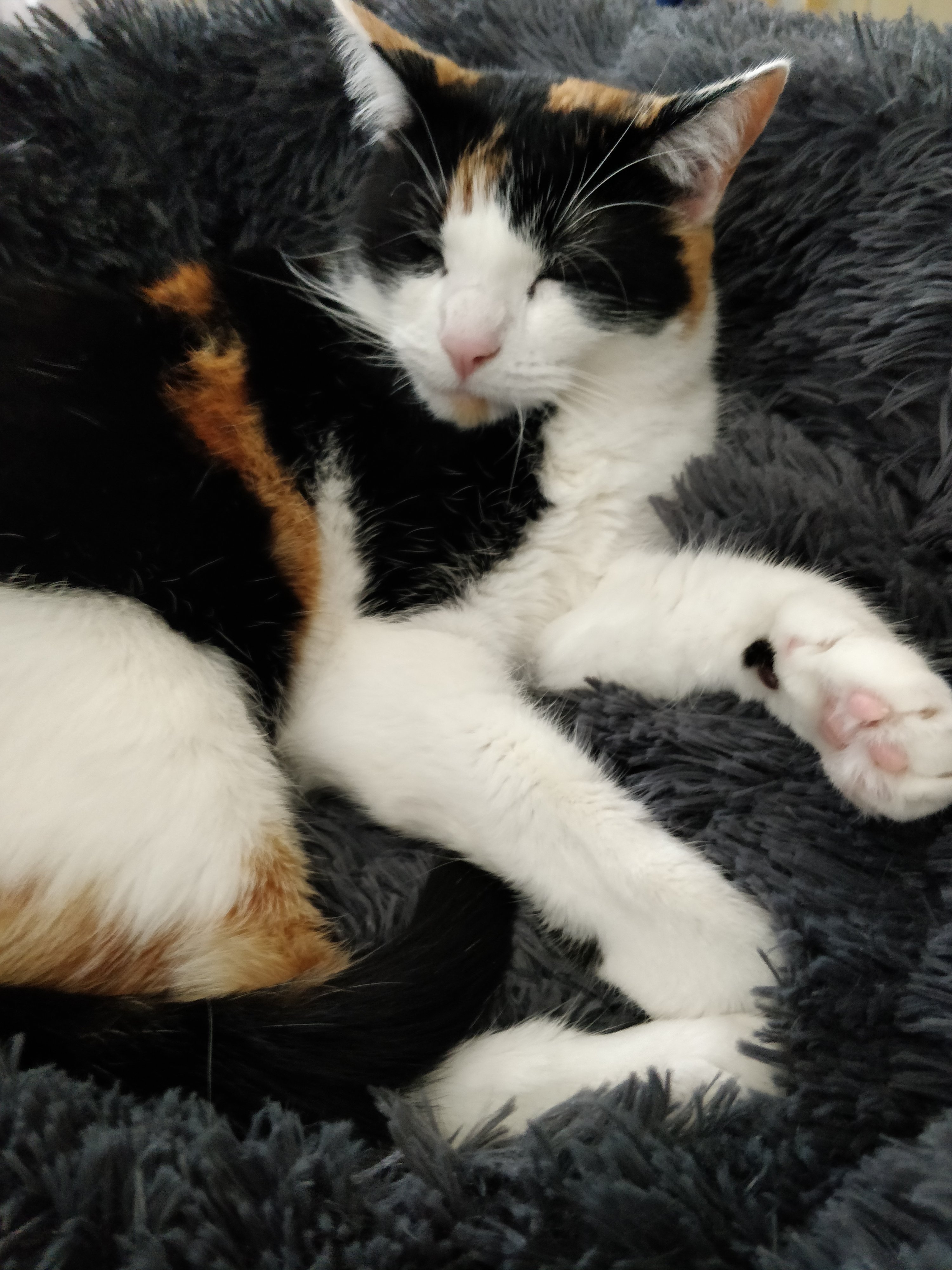 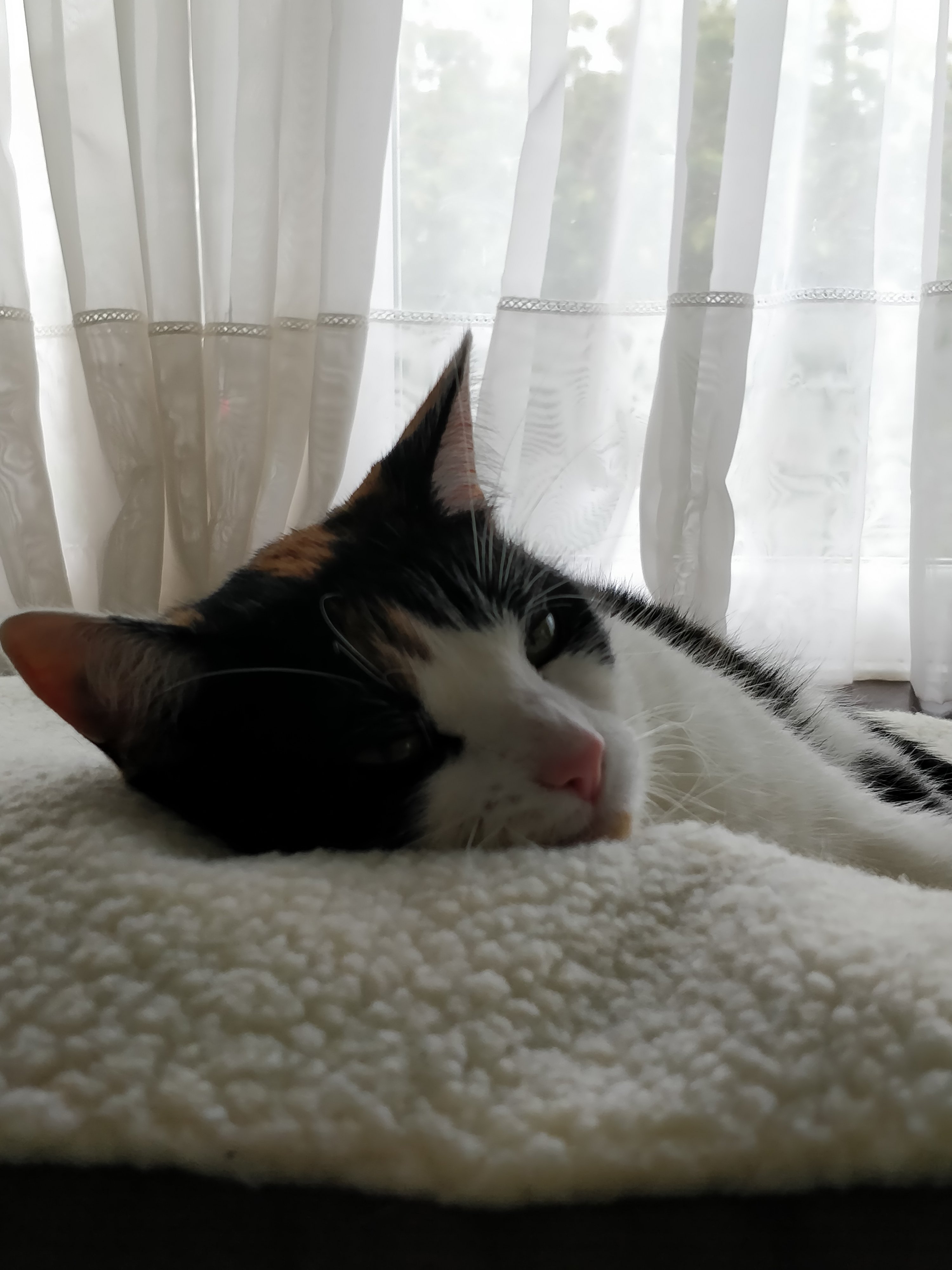 Or perhaps that should be beds

In the case of the second one, it was described with sizings that would suit a large cat..... Seems the manufacturer had other ideas and it would comfortably accommodate a fecking Tiger or 4.

Burt, the desert cat who was rescued 10 months ago. He was a timid kitty who hid away and trembled a lot.

Well, it only took a couple of weeks for him to turn into a gregarious, over-confident, destructive a-hole. 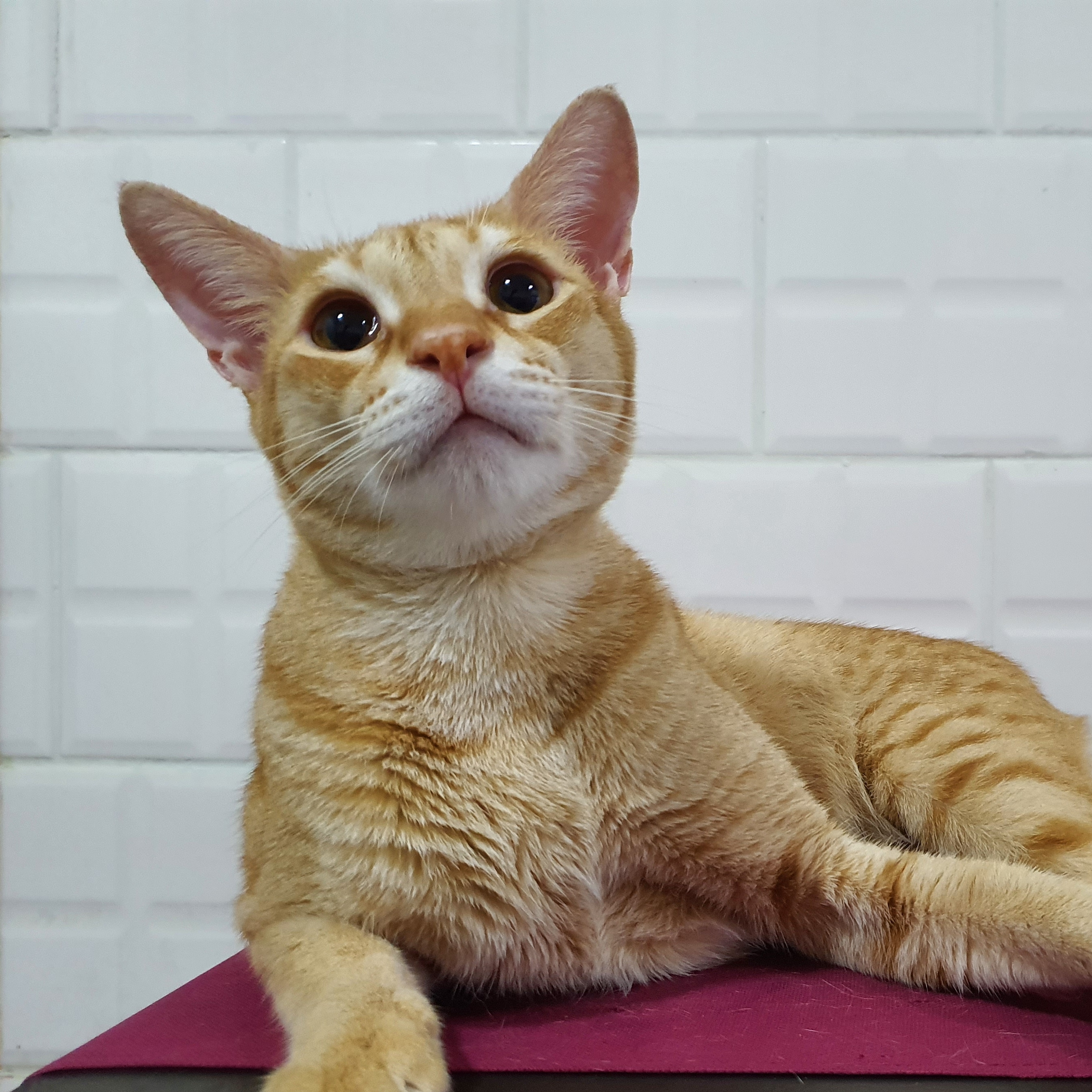 Just look at that face. Doesn't he look like an angel? Well he fkg isn't!
I had a day off yesterday so I was going to have a lie in. Burt had different ideas and came into the bedroom and started shouting for me to get up, so he can have his usual hairball treats and head rubs at the appointed time.
I then found out that I had left my tablet in the living room overnight. It has (or had) a very nice fabric covered case. Burt had discovered that it was excellent for sharpening his claws and shredded it. 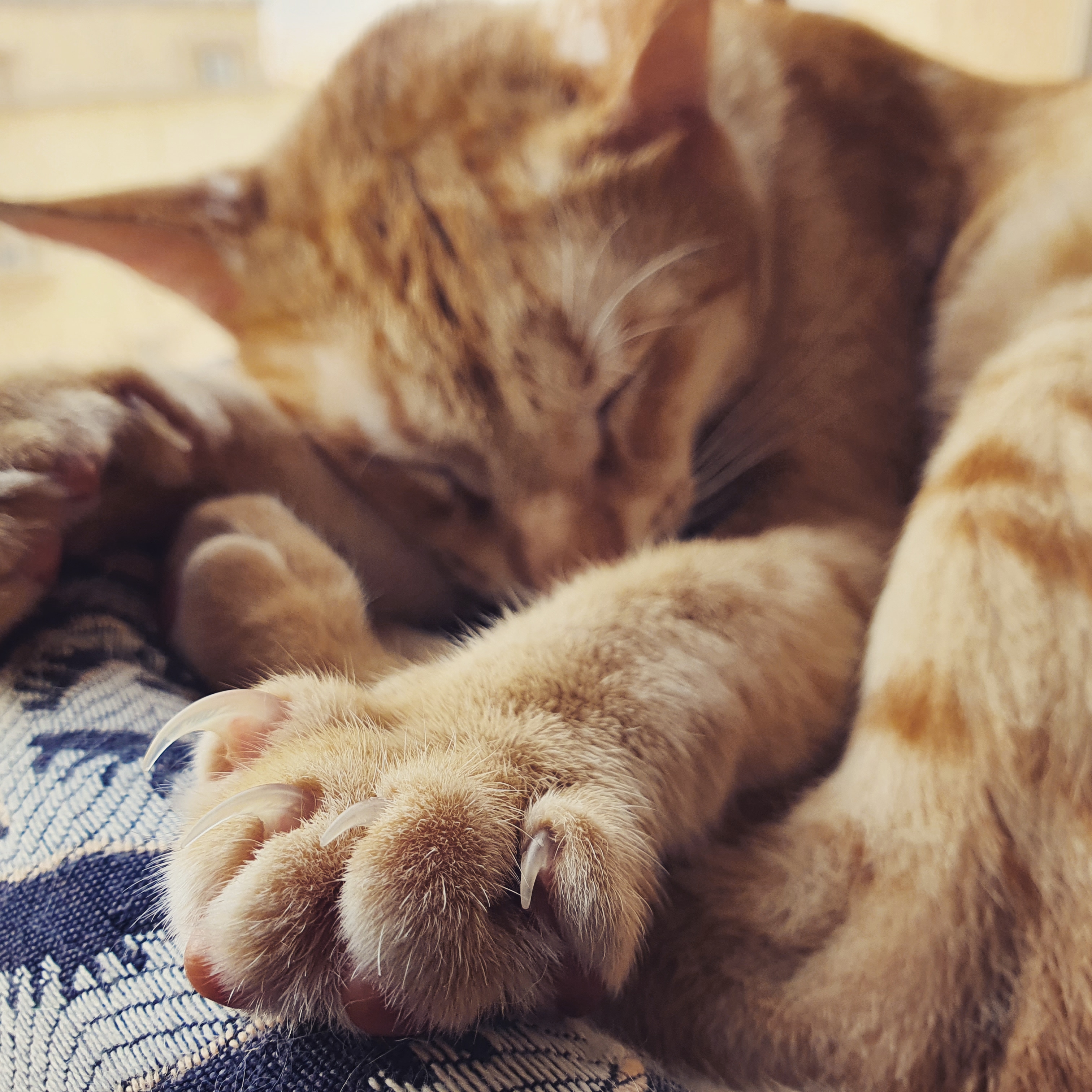 And just look at those claws - they're like a set of karambit knives - one at each corner. He even sleeps with them deployed.
The couch, dining chairs, and rugs have also suffered and bear his signature.

Anyway, if you're thinking of adopting one of these weirdos, be prepared to say goodbye to all your soft furnishings. Also get some ear plugs - they like to vocalise - and loudly.

Having said all that, he is entertaining: it adds a little excitement to life when I'm at home and I never know when he's going to spring an ambush on me.
Last edited: 3 Aug 2020

Fitting in? He's taken over!

I just played that whilst in bed and the missus jumped up out of bed, thinking it was one of ours.

Yank Git said:
I just played that whilst in bed and the missus jumped up out of bed, thinking it was one of ours.

Sorry, I should have put a volume alert on that!

I thought it was quite amusing.
NULL 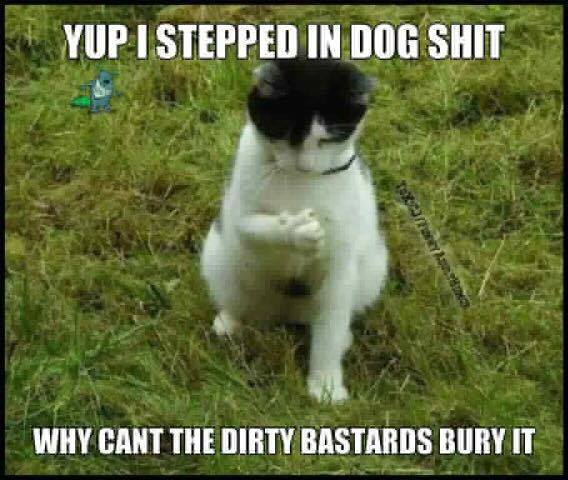 The most angsty cat in the western hemisphere has finally agreed to meet halfway in sorting her issues with crapping on the carpet out. I'm now starting to be able to figure out when she gets frantic so it's a good step on the way to success.

She's still very lonely though and keeps mooching around. Though we give her lots of fussing and care.

Contemplating finding another gentle and friendly cat friend for her. They say kittens are a good option as female cats often mother and look after younger kitties. Have to see if there's any in need of a forever home in the area.