What a cool granny

Sorry but I don't have any sympathy for her. There are those such as MS sufferers who do have to break the law to be able to alleviate pain albeit on a temporary basis but this is just a silly old scrote who is trying it on and deserves everything that's thrown at her.

The cannabis might help her with pain relief but until the law is changed she is bound as much as anybody else by what's already on the staute book. If she is so ill then let the doctors provide conclusive evidence, I don't think this was the judge preventing it, there was nothing to produce.
PVR, conclusive proof money can buy happiness.

bet her rock buns were good though!
"It's NOT a fat ass. I suffer from Hippo-bottom-mass. You should feel sorry for me."

Probably but polishing up your zimmer frame and complaining about the odd twinge doesn't excuse you from justice.

I was going to say I bet the brownies were better but that could really open up a can of worms.
PVR, conclusive proof money can buy happiness.

So no one fancies going round for tea and cakes then

Book Reviewer
It could be argued that some major changes in the way we live have come about by a few brave people breaking the law?

Try the suffragettes, the abolitionists, and the Boston Tea Party were bloody terrorists at the time of their offence. If coffin dodgers wish to spend their twighlight years taking tea with Alice, in Wonderland, good luck to them.

Gawd bless you Granny Tabram. I'll pop in for a cup 'o tea if I'm passing.
I'm gonna tell you how it's gonna be. You're gonna make sweet love to me.
Sun Tzu. The Art of War

Yep, she only advocates top notch weed, and wouldn't touch dodgy soap bar or any solids with a barge pole.....

My nan only used to like "just Brazils" and Turkish delight.

TheIronDuke said:
It could be argued that some major changes in the way we live have come about by a few brave people breaking the law?
Click to expand...

It could but not by me.

Just because some old scrote gets a case of the munchies, it does undo all the hard work done by others trying to change the law for sufferers of such things as MS.

I don't suffer from MS but I could be prescribed cannabis here in the Netherlands but just as I thought being a Scotland supporter was hard enough sometimes, I'm also allergic to cannabis in all its forms. As no convential medication hits the spot, I did try it but fcuking wished I hadn't.

Just seen the lass on the TV. She looked as high as a ferking kite.

She held a tee shirt in her hands that said: DON'T DRINK AND DRIVE, SMOKE DOPE AND FLY WITH ME.

Rumour has it, she's started making spunk cakes too, but apparently the police think its a rumour and they arn't going to swallow it!!

Steve
Life is a journey of experiences

The son says he's got his mum back. He'll be getting her back to stay as she is threatened with eviction over her habit. You wanted her back but you might not be so happy as the kids have to share, the house smells of stale pish and you'll never ever get near your greenhouse again.
PVR, conclusive proof money can buy happiness.

i heard her on the radio say something along the lines of "this is skunk, its a beautiful herb, smell it, it smells nice" she also said that 1 cup of skunk hot chocolate gives pain relief for 5 hours. 5 pints gives me pain relief for 1 hour, hmmmm........
My way may not be political.......but it sure is correct!!

El_Burno said:
i heard her on the radio say something along the lines of "this is skunk, its a beautiful herb, smell it, it smells nice" she also said that 1 cup of skunk hot chocolate gives pain relief for 5 hours. 5 pints gives me pain relief for 1 hour, hmmmm........
Click to expand...

She was also bemoaning the fine she got and was wondering how to pay it. She obviously has not seen 'Saving Grace'.

Britainâs drug policy is ânot fit for purposeâ and is failing to cut addiction or drug-related crime, an influential study will conclude today.


Existing drugs education is often âinconsistent and disorganisedâ, the study says
Current policy is driven by âmoral panicâ and is ineffective, with huge amounts of money being wasted on âfutileâ attempts to get drugs off the streets.

The system, it says, is âcrude, ineffective, riddled with anomalies and open to political manipulationâ, while existing drugs education is often âinconsistent, irrelevant, disorganisedâ and âdelivered by people without adequate trainingâ.

Problems are so acute that the Home Office should lose its lead in dealing with drug treatment and enforcement, according to the panel of academics, drug workers and a senior police officer.
Over'? Did you say 'over'? Nothing is over until we decide it is! Was it over when the Germans bombed Pearl Harbor? Hell, no!â

I thought it quite interesting that this was reported on the beeb the same day they invited the Cannabis Gran to stare vacantly live in the studio.

Was this an attempt by the beeb to emphasize the report? Or had Cannabis Gran just brought in some samples in for their morning coffee?
PVR, conclusive proof money can buy happiness. 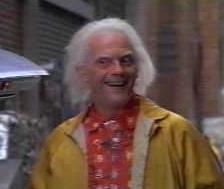 I'm gonna tell you how it's gonna be. You're gonna make sweet love to me.
Sun Tzu. The Art of War

HeadTeacher Killer not to be Deported
2