'US President George W Bush has arrived in Kabul in a surprise stop at the start of a maiden trip to South Asia.
Mr Bush will meet Afghan President Hamid Karzai in what will be his first visit to the country since the US-led overthrow of the Taleban in 2001.'

the oil corperates muppet must be needing a bit of 'flag waving' patriotism for the mid term elections i guess.
its 'mission accomplished' all over again. 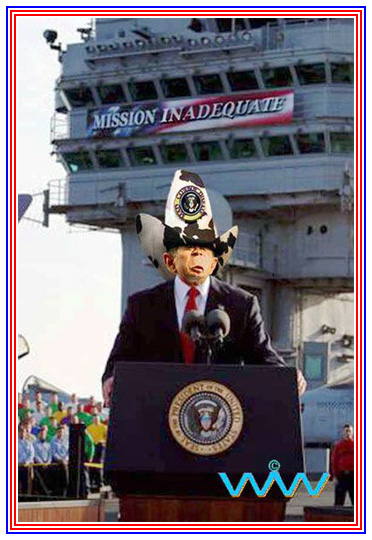 One more warlord is unlikely to make much difference.

US President George W Bush has praised the progress of Afghan democracy on his first visit to the country, where the US helped eject the Taleban in 2001.
On a surprise first stop of his maiden trip to South Asia, Mr Bush told Afghan President Hamid Karzai his country was "inspiring others".

He said he was still confident Osama Bin Laden would be brought to justice.
Click to expand...

Why doesn't he stay there? In a cave. Next door to Bin Laden.

US 'to expand' 2015 Afghanistan combat role

Afghanistan: Britain got almost everything wrong and should admit its failure
11 12 13