Wordsmith said:
The 2022 GE will be very interesting - particularly for the more vocal Remain supporting MP's with small majorities in Brexit supporting seats. I suspect the main opposition party in those seats will put in opponents with strong Brexit credentials then flag the sitting MP's record in opposing Brexit. Given that floating voters in marginal seats don't have strong party loyalties, that could result in quite a few MP's being unseated.

The other joker in the pack could be Farage's new party, if they stand in 2022. If Brexit goes ahead on schedule, they might not win any seats, but if Farage is very selective in which seats he targets, he might split the vote of prominent Remain supporters ad change parliament to a more euro-skeptic composition.

Farage needs to delegate and find a group of say 4-5 very high profile starlets. Celebrity attracts votes, its the modern age, non-entities or tory colonel blimps will fail, as its still a FPP election.

She's no looker, is she? 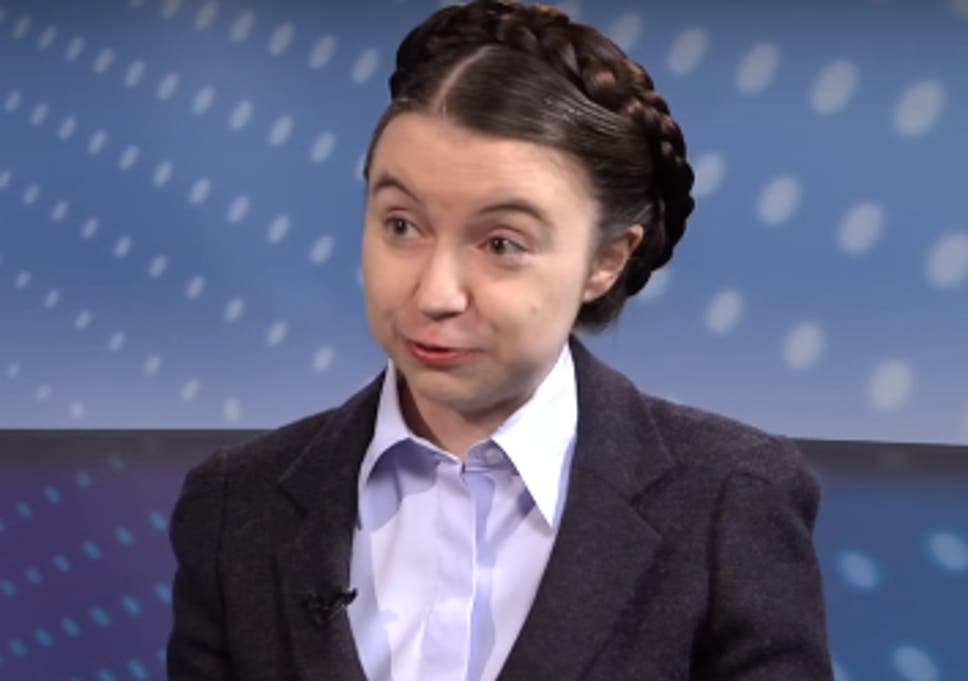 Well I would defo. Back door and all that smashing.
I take pride in my spelling and grammar incompetence and innate ability to wind up fellow Aarsers with my command of the English language and incompatible spelling.
D

Emcon Ecomcon said:
Farage needs to delegate and find a group of say 4-5 very high profile starlets. Celebrity attracts votes, its the modern age, non-entities or tory colonel blimps will fail, as its still a FPP election.
Click to expand...

AfghanAndy said:
Im aware of that.

Irish wagons for example are notoriously poorly maintained and I’m aware of a few cases where the drivers aren’t even qualified being pulled over. Garda have been quite happy to see a HGV driven with an 8 tonne licence so off to Holyhead they go.

It always amazes me how few British wagons are on the roads and especially on ferries.

It’s almost like in many cases we’ve outsourced transport jobs to the lowest standard under the auspices if it’s ok for (insert country here) then it’s ok for the UK. Similar was seen with dieslegate (VW got their vehicles approved in country’s with poor regulatory alignment)

Ikea drivers living in trucks for months
Click to expand...

As part of my dissertation back in my Uni days I wrote a long piece on the dumbing down of HGV jobs by employers who couldn’t run a chip shop. The whole (by that I mean the majority of 1 man bands) industry was hijacked by people whose attitude to the industry was akin to a hobby gone spectacularly wrong. This is somewhat born out by the chronic shortage of drivers and drivers to be (who never do) that exists today. The problem today is that the most common source of recruits ex-servicemen has long left the stage as the forces offer highly skilled qualifications by which ex-service people no longer need to look to such a shite ridden industry for their daily bread. To be replaced by an industry which expects its employees to fund their entry into the industry and then fund their trade qualifications throughout their career.
I take pride in my spelling and grammar incompetence and innate ability to wind up fellow Aarsers with my command of the English language and incompatible spelling.

Here is another take from Michael Hewson, chief market analyst at CMC Markets

Whatever your views on Brexit the fact is that UK economy still grew faster in second half of 2018, than Germany, France and Italy, but hey Brexit uncertainty blah....
Click to expand...

we should not panic about the 0.4% fall in GDP in December.

"About half of the decline reflected a 2.8% month-to-month decline in construction output, which is erratic and often is initially under-reported. Similarly, half of the 0.5% month-to-month drop in industrial production was driven by a collapse in output in the pharma sector, which often swings wildly," he said.

Mr Tombs also points out that the new pattern of retail sales caused by Black Friday also skewed the data.
Click to expand...

How curious: a dyed-in-the-wool Europhile cherry picks a data set that confirms his prejudices.

exbleep said:
Another sock making things up with no proper links. That link shows the forecast for 2019 as 1.7%.
The actual GDP and economic growth for 2018 was 1.5% and not the 1% you so casually plucked out of the air.
Trading Economics

Agreed that economic forecasting only exists to give astrology a good name.
Click to expand...

Are you unable to read your own link clown ?

Leaving the EU without a deal could set in motion a chain of events that would break up the United Kingdom, Ireland’s former prime minister has warned. John Bruton, who served as the taoiseach from 1994 to 1997, said a hard border between north and south after Brexit would substantially increase the chances of a referendum on Irish reunification.
Click to expand...

Given that the UK has already signaled it would not impose a hard border in the event of a no-deal Brexit, the hard border would simply be imposed by the EU on the ROI's side of the border. That is likely to both fornicate the ROI's economy and increase dissatisfaction with the EU in the ROI.

Why should the UK be blamed for something imposed by the EU?

Think she’s touting for business, coz for £60 i’d Do the dirty deed. Mind you I thought she was a right mucky moo, when I heard her on the gramophone.
I take pride in my spelling and grammar incompetence and innate ability to wind up fellow Aarsers with my command of the English language and incompatible spelling.

Oh dear... Spreadsheet Phil appears to have gone off message...


The ONS blamed falls in factory output and car production for the slowdown, among other factors.​
It follows forecasts of slower growth in 2019 due to Brexit uncertainty and a weaker global economy.​
According to the ONS, quarterly growth also slowed, falling to 0.2% in the three months to December - down from 0.6% in the three months to September. ​
​
However, Chancellor Philip Hammond said the data showed the economy remained "fundamentally strong" and that he did not foresee a recession.​
UK economic growth slowest since 2012​

Portree Kid said:
Are you unable to read your own link clown ?

Why the dumb BagC0ck ? Is reading a graph beyond your intellectual capacity ?

amazing__lobster said:
We already export weapons to those places. What will we able to do post-Brexit that we couldn’t do before?
Click to expand...

Ice?
"It's not the bullet that's got my name on it that concerns me; it's all them other ones flyin' around marked 'To Whom It May Concern.'" -Unknown
People sleep peaceably in their beds at night only because rough men stand ready to do violence on their behalf - George Orwell
Si vis pacem, para bellum

Any reason for the downturn in the Eurozone?

Or are you just looking at U.K. numbers in a bubble.

My wife bought new cushions in December? I could statistically prove her cushion selection correlates to the U.K. economic outlook just as somebody with an anti brexit agenda will correlate anything bad (ignoring the plenty of good news story’s out there of course) with brexit.

The key to any form of analysis is identifying what factors impact on what you’re looking at and what weighting to give to them. Individual factors by themselves may not cause a problem. Several factors combined may magnify the effect.

It’s a bit like the the pants risk assessments we’ve seen on brexit.

Do you really think they’ll by food riots and a collapse of the NHS?
Still got Misinops and 123 on ignore due to ***tish behaviour.

Graculus said:
It isn't, it's probably around 57 but they're shedding members.
Click to expand...

The Bow group says it’s 72. That’s as of 25th Oct 2017.
I take pride in my spelling and grammar incompetence and innate ability to wind up fellow Aarsers with my command of the English language and incompatible spelling.

Portree Kid said:
Why the dumb BagC0ck ? Is reading a graph beyond your intellectual capacity ?
Click to expand...

@Bagl0ck doesn't actually look at anything beyond who authored a post before pounding the mong buttons.

Funny then, that it gets all upset when others return the compliment...

HappyNomad said:
@Bagl0ck doesn't actually look at anything beyond who authored a post before pounding the mong buttons.

Funny then, that it gets all upset when others return the compliment...
Click to expand...

This suggests to me that BagCock is a mutant that does not understand English.

I might even go as far as to say he is from mainland Europe and will have to decant back to the mainland as he will not meet the criteria for staying in the UK. Just one reason why it is so vocal and anti Brexit.

HappyNomad said:
@Bagl0ck doesn't actually look at anything beyond who authored a post before pounding the mong buttons.

Funny then, that it gets all upset when others return the compliment...
Click to expand...

I’m doing that now, sauce for gander and all that.
J

I take it you do not understand that Alf Garnet was playing a fictional character.
NULL
W

Portree Kid said:
Why the dumb BagC0ck ? Is reading a graph beyond your intellectual capacity ?
Click to expand...

Allow me to improve your vocabulary.

(a) Reading a graph and (b) Baglock's intellectual capacity are two contradictory concepts.

I've got an idea..... we could tow an iceberg to the Middle east.

Tippy tapping from my S8.