"Branson offers millions to save the planet"

Sir Richard Branson, whose Virgin planes pump out millions of tonnes of carbon dioxide a year, is offering a Â£12.8million ($25m) to the scientist who can extract that same gas from the atmosphere.


Together with the former US president Al Gore, he is calling for a team of research scientists to âscavengeâ 100 billion tonnes of CO2 a year from the sky â a technique that is currently impossible.

The âVirgin Earth Challengeâ prize, should it ever be won, will be judged by a panel of five eminent environmentalists, including Sir Crispin Tickell, the former UN ambassador, and James Lovelock, inventor of the Gaia theory.

It is based on the existing idea of âcarbon capture and sequestrationâ, which involves making the gas from power stations inert so it can be buried underground.

But Sir Richardâs challenge to suck it from the atmosphere will be far harder â perhaps impossible â because the gas is in lower concentrations.

He said: âUnless we can devise a way of actually removing the CO2 from the earthâs atmosphere, we will lose half of all species on earth.

â[The winner] will have the satisfaction of saving thousands of species and possibly mankind itself.â

He claimed there was no conflict between his role as owner of an airline and space exploration company, and his professed ambition to find the answer âto saving mankindâ.

âIf we ground [my] airline today, British Airways will just take up the space,â he said. âSo what we are doing is making sure we acquire the most carbon dioxide-friendly
Do not go gentle into that good night.

Branson engaging in some self publicity.
Who'd have thought.
âWe all have different ideas of when itâs the best time to make fun of a public figure whoâs died. We all have our own Dead Princess Diana jokes, but I got into a lot of trouble for what I did, which was to do a whole stand-up comedy routine consisting entirely of Dead Diana jokes, five minutes after the crash. While in Paris. Going through an underpass. In a white Fiat Uno.â
Armando Iannucci

Although I'm sure if somebody did manage to rise to his challenge, he would not notice losing that kind of money too much.
Do not go gentle into that good night.

Actually as Virgin operate a very young fleet compared to the likes of British Airways and the engines on these aircraft are a lot cleaner burning and more economical.

Perhaps we should just put big CO2 absorbing filters over the top of the worlds volcanos as they are the largest contributors to global warming and dwarf even the best efforts of man.
Celer et Audax and Per Ardua Ad Astra (for good measure).

....and make himself billions in the process!

I don't see any new plantations being created with all these new 'Green Taxes' being created.
But I do see Councils and Government offices with more money in the accounts!!

Also how about nuclear power stations, no need then for fossil fuel burning stations.
But no, the 'Greens' won't have that!

Tidal power stations, like that proposed on the river Severn.
But no, the 'Greens' won't have that!

Wind turbines to generate power.
But no, the 'Greens' won't have that!

(In reference to yesterdays Question Time) Why can't Milliband and his cronies do their international work by video phone instead of having to jet around the world? After all, they can't say its a person to person thing, because these same cronies say that Muslim facial dress isn't a barrier to communication!


When the proper issues have been taken care of, then perhaps everyday issues can be looked at!

Mind you as much as I like and respect Sir Richard, its a bit hypocritical what with, Virgin Galactic, Virgin Airlines, Virgin Trains and even Virgin Cola, don't ya think?


I bet come spring, the councils around the country will be out trimming the hedges and trees, like they recently did along 5 miles of 'Greenway' around here.

Plant a tree in '73 was the motto back then, so Sir Richard;
Lets all plant a tree and give the millions to me!!!
and a fiver for ctauch

You've just made yourself a VERY rich man!!

I have a lot of time for Branson, I like the bloke. Bit miffed at this idea though.

If he spent the money on buying land in which to plant trees, he'd actually get a gobment tax break for planting them.

Send your idea to him and see if you can get some wedge.

Adam Smith - 1776 said:
It is not from the benevolence of the butcher, the brewer, or the baker, that we expect our dinner, but from their regard to their own interest. We address ourselves, not to their humanity but to their self-love, and never talk to them of our own necessities but of their advantages.
Click to expand...

It's a pre-cursor to the next Virgin privatisation initiative. The atmosphere is to be parcelled up into 3,000 cubic metre packets.

The units will be assigned to individuals and branded as Virgin Air. Early estimates are for the commodity to be charged at 3 pence per lungful. So, multiply that by 2, work out how many breaths you take per day (x 365) and there you have it - the true annual 'cost of living'.

People who stop breathing and thereby reduce carbon dioxide output will be given cash incentives.

You saw it here first.
C

The most recent scientific evidence points to a rapid decline in CO2 emissions as of Feb 8th 2007.

ctauch said:
The most recent scientific evidence points to a rapid decline in CO2 emissions as of Feb 8th 2007.

The scientific community is still trying to understand the cause of the rapid decline.
Click to expand...

Prescot or Blair haven't made a speech for a while

The idea worked well enough for the X-prize. Even though the participants lose money in the process they still strive to try and get the prize. Bizarre, but it does work.
I was given 8 teeth to eat meat and the rest to chew it. If I was meant to eat green sh1t I'd have long floppy ears and buck teeth.
C

ctauch said:
The most recent scientific evidence points to a rapid decline in CO2 emissions as of Feb 8th 2007.

The scientific community is still trying to understand the cause of the rapid decline.
Click to expand...

Prescot or Blair haven't made a speech for a while
Click to expand...

Whilst tree's do absorb carbon, they do not absorb nearly enough to justify using them as a 'carbon neutralising' mechanism.

Besides, do you really want to see the world covered in trees, just so that yanks can drive their 5litre SUV's to KFC and back?

âBasically itâs a waiting game, We just wait here and see if we can annoy them enough to shoot at us, then we give them a good spanking.â

Sergeant-Major Marty Pelling RM on the war with the Taliban

Whoa there fella! What have you got against trees eh?
C

Whilst tree's do absorb carbon, they do not absorb nearly enough to justify using them as a 'carbon neutralising' mechanism.

Besides, do you really want to see the world covered in trees, just so that yanks can drive their 5litre SUV's to KFC and back?

Whilst tree's do absorb carbon, they do not absorb nearly enough to justify using them as a 'carbon neutralising' mechanism.
Click to expand...

Its not a petrochemical industry lie!! Granted there isn't enough of them but isn't that the idea, to plant more to enable balance to be restored?
*********
There isn't a problem that can't be solved with the appropriate sized hammer!

May I suggest at least 2 things you need to do if you tend to believe the Gov'ts version of Global warming/Climate Change. 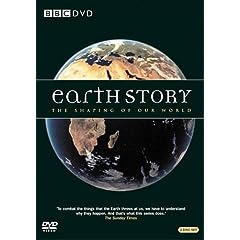 In particular episode 6, The Big Freeze!
I like the bit where they study the 70 million year old core samples from the North Atlantic!

What most of you don't realise is that there are some of us so called 'deniers' who do actually realise that global warming is occuring because it is what the Earth does and not because of what humans are doing.

Don't get global warming and pollution mixed up.
The Govt can get more money from holiday makers travelling by plane and from car drivers, than they would ever get from fining companies for polluting.
Anyway nature copes even with this.
Amoco Cadiz, Torrey Canyon etc, a few oily birds to pull at the heartstrings at the time, but only a relatively short time later, nature has cleared it up!

Tax tax tax, why can't you see it?

Shouldn't we accept that it will and is happening and be taking action for the future?
Utilise more the inland cities, (heaven forbid change the Capital City!), flood barriers, infrastructure that can cope with hot summers and cold winters (cheap winter tyres for cars!). Do you ever wonder how other countries cope?
Admit it, you all wished you had 4 wheel drives last week, but now you can go back to the green envy that you stew in, until next time!
(p.s. a mini copper s (202) has more CO2 emissions than a freelander td4 (194)! but don't tell the greens who drive them.)

We have had the hype and scaremongering of what will happen if we do nothing, the truth is that it will happen no matter how much we get taxed, sorry whatever action we take.!

Last night for example, at midnight-ish, there I was at 2000ft over Wolverhampton heading SouthEast. As far as I could see, (cold clear night, therefore to the horizon), there was light. Street lights (one every 30m!), building lights, light shining on buildings, lights on roads, motorways, parks, shopping centres, railway stations.
Looking at other cardinal points, other cities and towns were displaying themselves in a similar way!

Wouldn't sorting this all out be a start!!!

If local Government start to do their part on energy conservation, wouldn't that be a good role model?

If you go along with the Gov'ts version of things, you should be blaming Henry VIII,who was known as âFather of the English Navyâ.
Where did all the forests go?
Well at 600 trees per Naval ship, have a guess.

If you want to go down the carbon route, how do you rid carbon from the atmosphere? Carbon cycle = TREES!!!

Or accept that nature will take it's course and we are only here for the ride....enjoy it.

Have a nice weekend

Time to recognise the Taliban are the Government of Afghanistan.
2 3 4

10 Aug 2022
Busterdog
B
C
The Times: Cambridge college named after Churchill to debate his ‘backward’ views on race
4 5 6