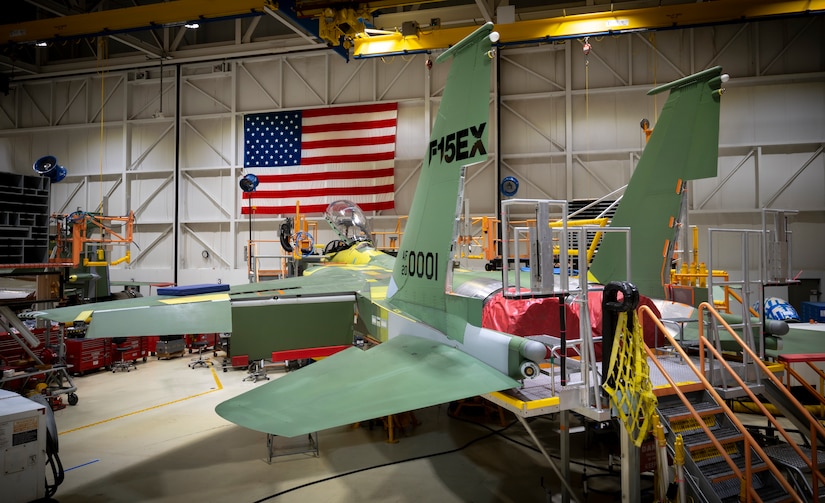 The F-15EX will replace the oldest F-15C/Ds in the service’s inventory. Eight F-15EX aircraft were approved in the fiscal year 2020 budget and 12 were requested in the FY21 budget. The Air Force plans to purchase a total of 76 F-15EX aircraft over the five-year Future Years Defense Program.

It features a deep magazine that can carry a load of advanced weapons. The platform also requires minimal transitional training or additional manpower and little to no infrastructure changes, ensuring the continuation of the mission.

.F-15EX and legacy F-15s lies in its Open Mission Systems (OMS) architecture. The OMS architecture will enable the rapid insertion of the latest aircraft technologies. The F-15EX will also have fly-by-wire flight controls, a new electronic warfare system, advanced cockpit systems, and the latest mission systems and software capabilities available for legacy F-15s. 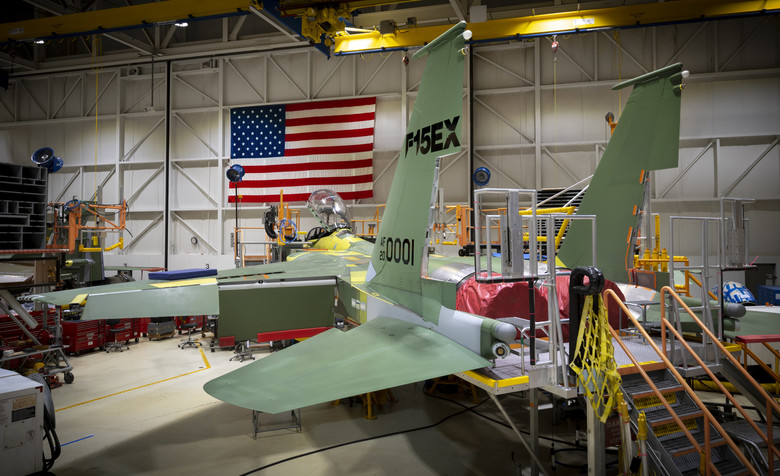 This page provides the information you need for F-15X. We invite you to sign up to receive the latest updates from Boeing.
www.boeing.com 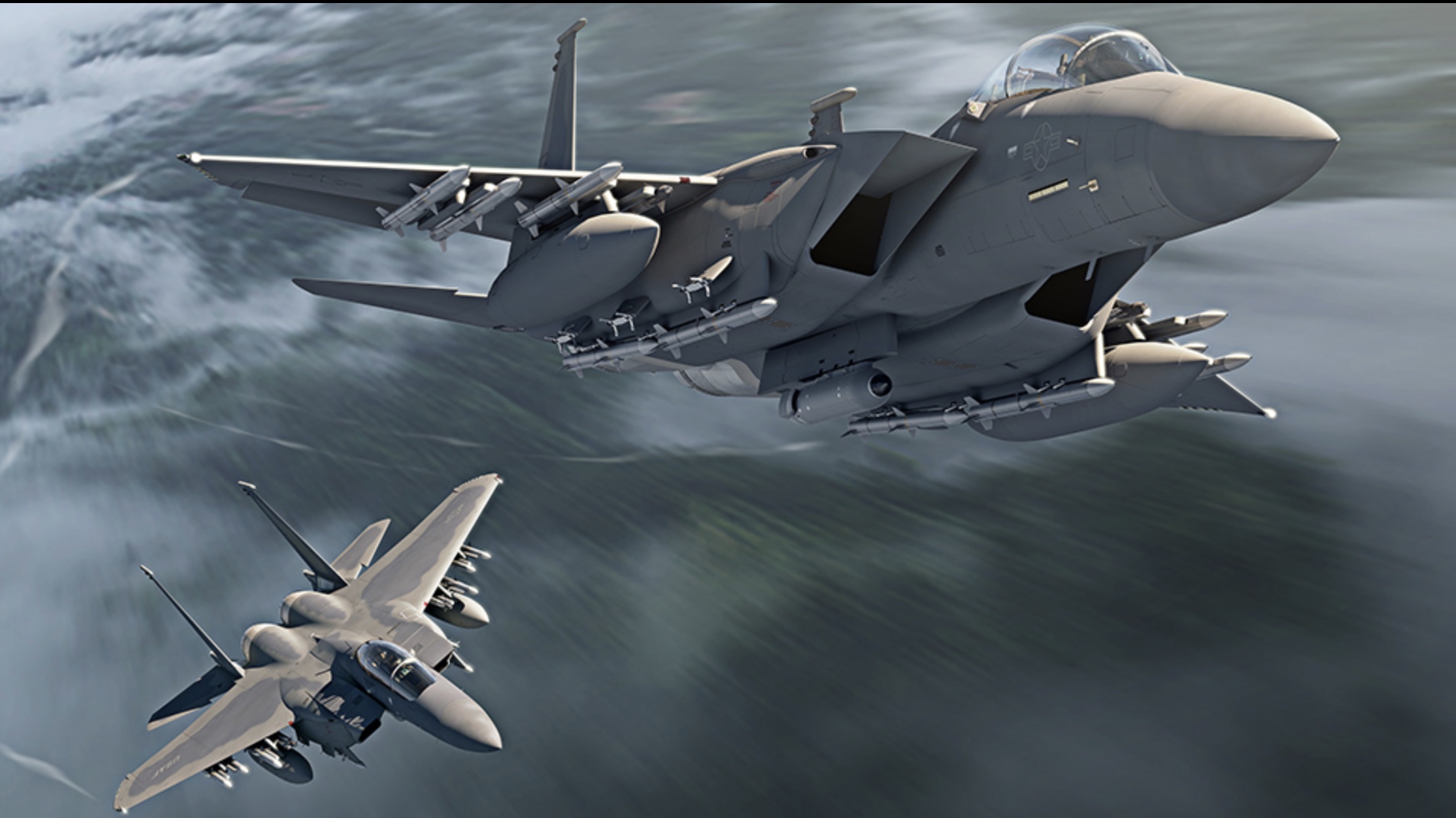 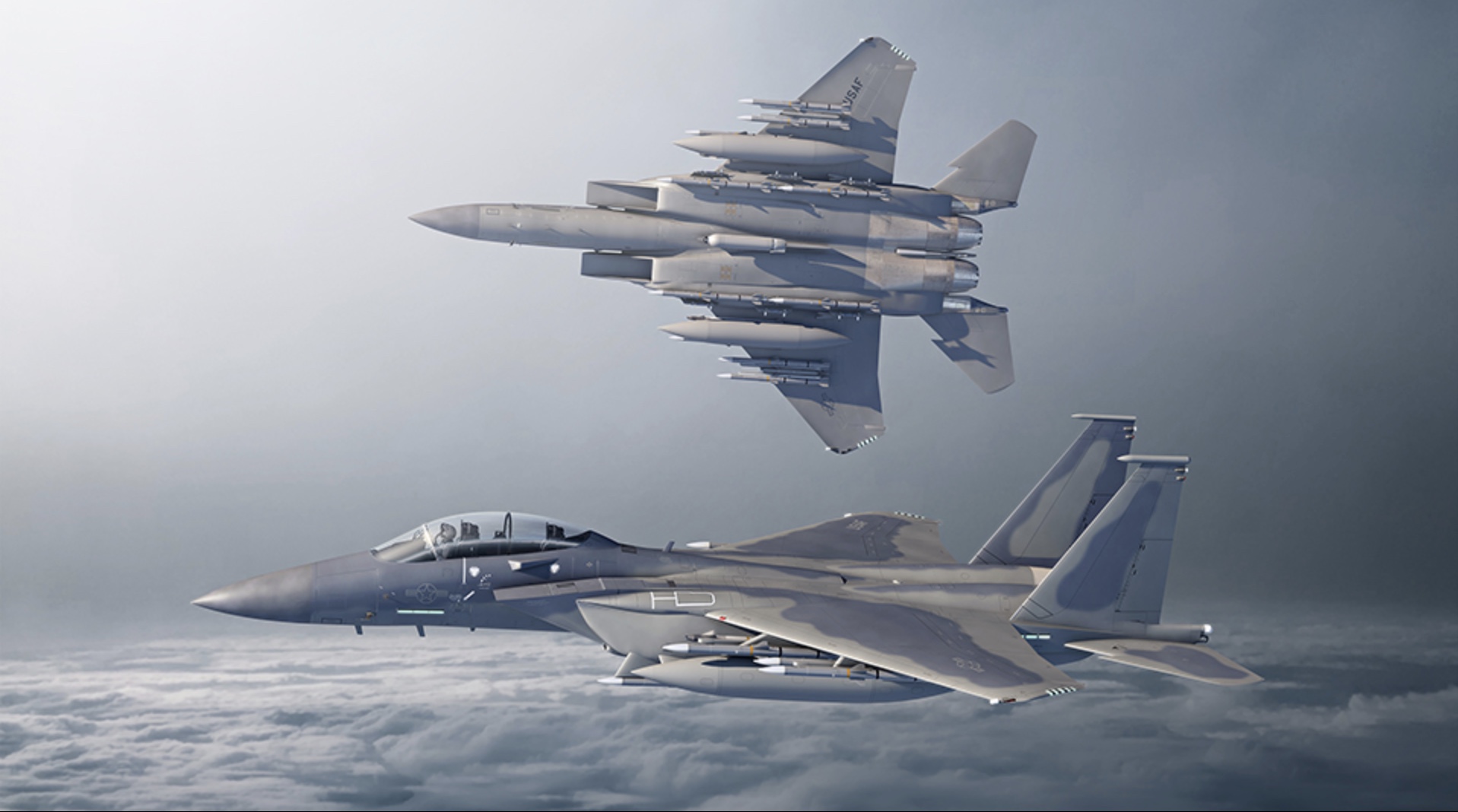 There has been for some time considerable debate, and opposition, to buying the new F-15EX instead of simply buying more F-35’s. It was felt by many that this would be a retrograde step, with the added fact that it would cost more than the F-35.

US Defence strategists presently believe that there is a current crisis of an air-dominance fighter gap, caused in large part by the decision to cut production of the Lockheed Martin F-22 Raptor. The F-22 was expensive at around $350 million per airplane with development costs factored in and in 2009 the Obama administration ended F-22 production at 187 units.

The F-15 has been the mainstay of Air Force air superiority for 40 years, from the ’70s through to the present day In an uninterrupted production since 1972. The F-15 Eagle originally a single seat fighter then developed into the two-seat, multi-role air superiority and ground attack F-15E Strike Eagle and has now become the F-15EX.

With a fly-by-wire flight control system, advanced all-glass cockpit, one of the fastest, most capable mission computers in the world and the most advanced radar on any fighter jet. Its initial service life has now been hugely extended from 4,000hrs to around 20,000hrs. It now carries more weapons than any other with a weapon payload of 29500lbs. This last a particularly valuable feature when teamed with the F-35’s whose stealth format has cut their ability to carry weapons, but advanced sensor and communications suite can use the F-15EX as a hugely capable bomb and missile truck. It also flies higher and further than the F-35.

Further recent advanced EW upgrading of the EX has been the BAE EPAWWS suite. The Eagle Passive/Active Warning Survivability System, or EPAWSS will be a full electronic warfare overhaul for the Eagle which will significantly increases its survivability. Providing both offensive and defensive electronic warfare options for pilot and aircraft, EPAWSS offers fully integrated radar warning, geolocation, situational awareness, and self-protection solutions to detect and defeat surface and airborne threats in signal-dense and highly contested environments. Equipped with these new advanced electronic countermeasures, it will allow deeper penetration by F-15’s against modern integrated air defence systems, providing rapid response capabilities to protect the aircrew.

Boeing has been awarded a USD24.1 million contract modification related to the Eagle Passive/Active Warning and Survivability System (EPAWSS) upgrade for the F-15E...
www.janes.com

There are other compelling reasons for it to be bought in order to address the now concerning air dominance gap. Bringing in the F-15EX’s allows use of the same construction, same base, same operating equipment which is 90 percent common, same maintainers, same operators and minimal time and cost to make a transition from the older models. Transition time from an F-15C to an F-15X an estimated three to six months, transition from an F-15C to an F-35 could be anywhere from 18 to 36 months. Transitioning squadrons from the F-15C to the F-35A might take from one to three years and increase existing readiness problems created by ageing F-15Cs. 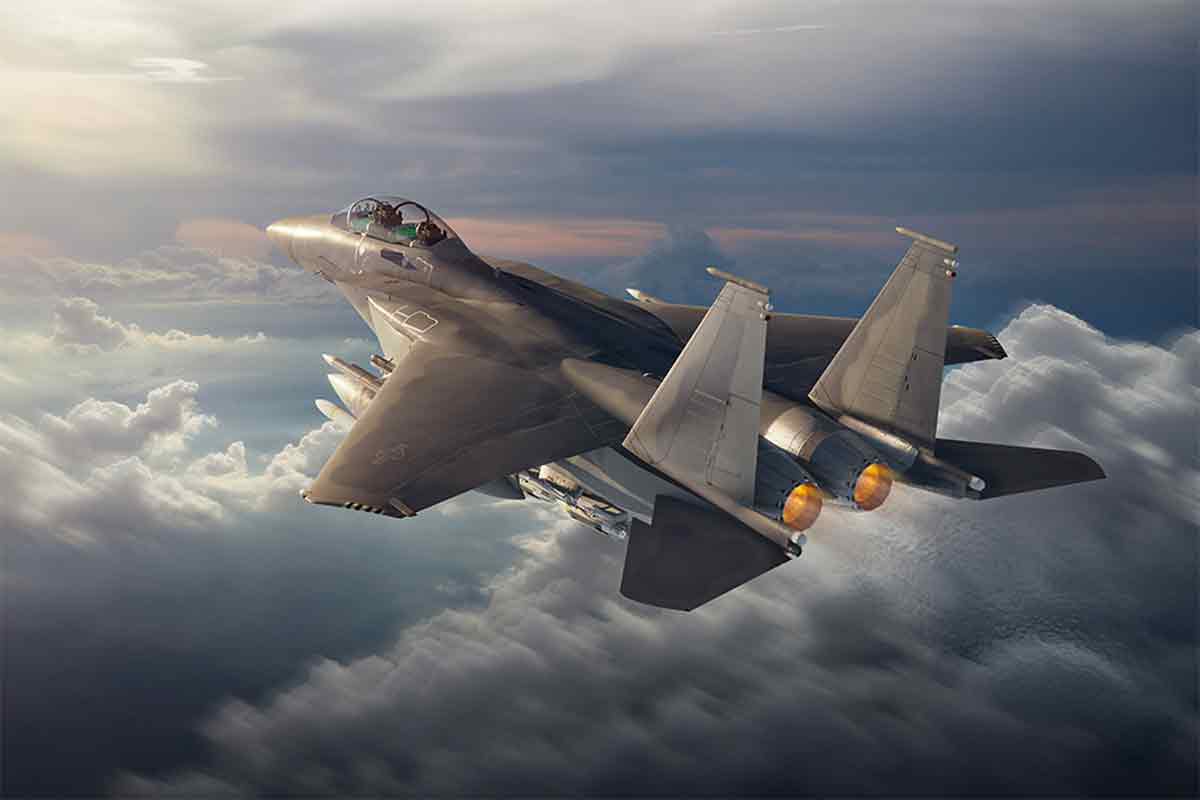 The Air Force's new F-15s are supposed to complement the F-35, not compete with its mission.

The rebirth of this hugely adaptable platform with it extended service life to fill the gap, and act as an advanced force multiplication factor to the 5th Gen F-35 has been a hotly debated issue. But is does seem that this to a degree has been resolved and the F15 EX will be carrying the Eagle forward. An interesting article on the issue was this. 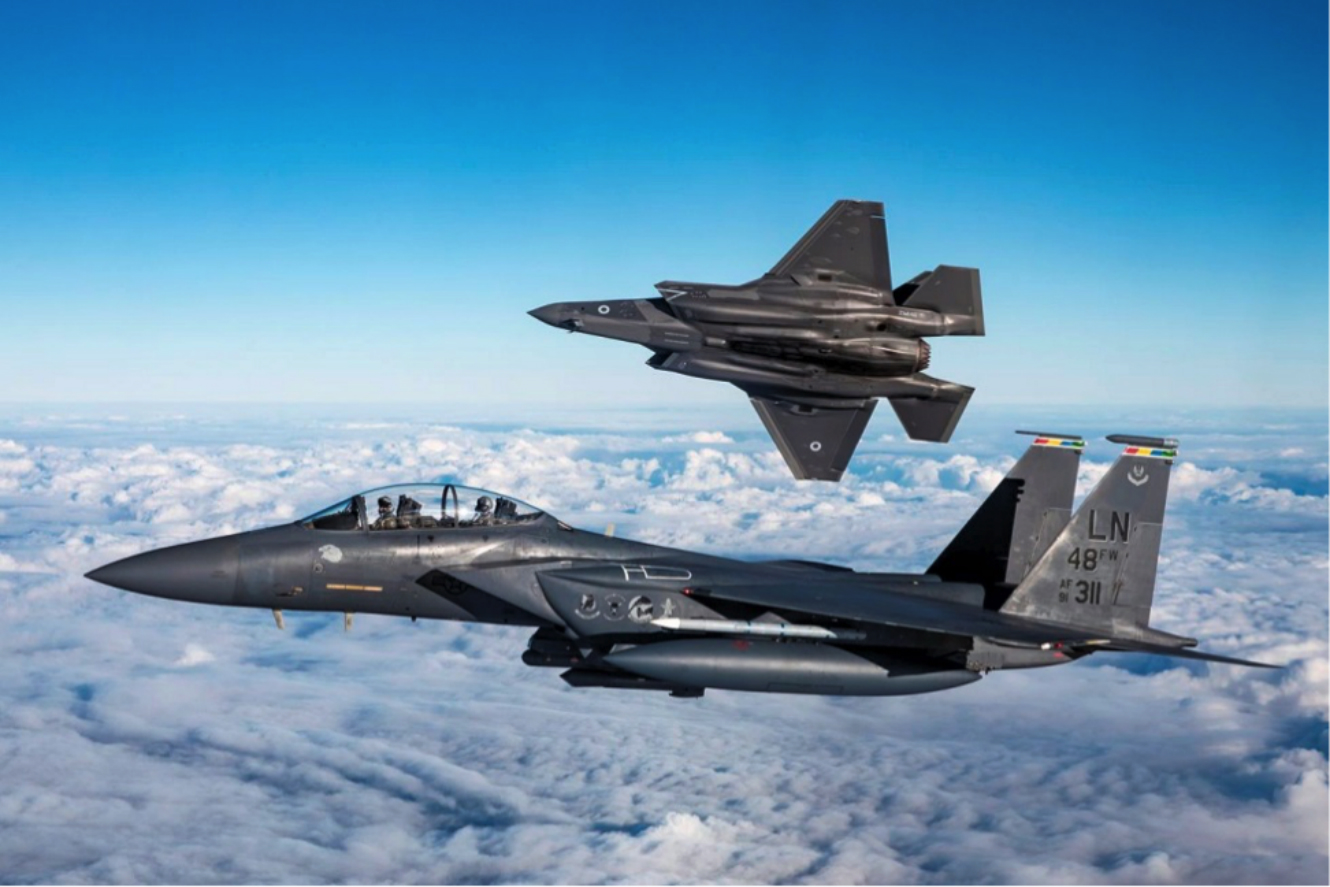 The fallout from the U.S. Air Force’s request to buy F-15EX fighter jets to replace the aging F-15C/D Eagle has certainly been entertaining. Largely
warontherocks.com
C

I can't help thinking the right answer was the Typhoon, though.

Another point, here: there are plenty of potential customers who won't be allowed near an F-35 for a good many years yet. Keeping the F-15 line open keeps the US with a foot in the Gen4 market.

The first EX arrived at Eglin a month back, 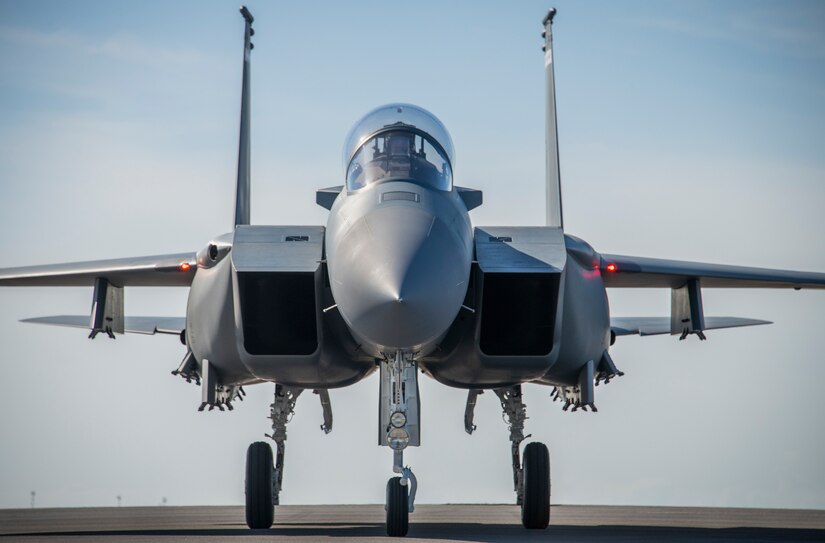 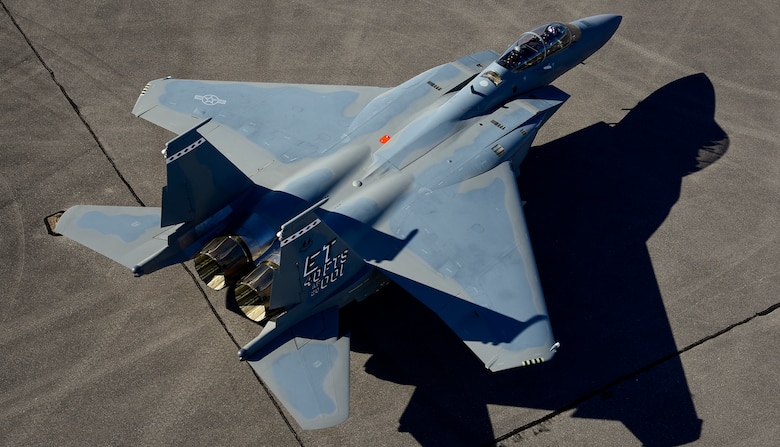 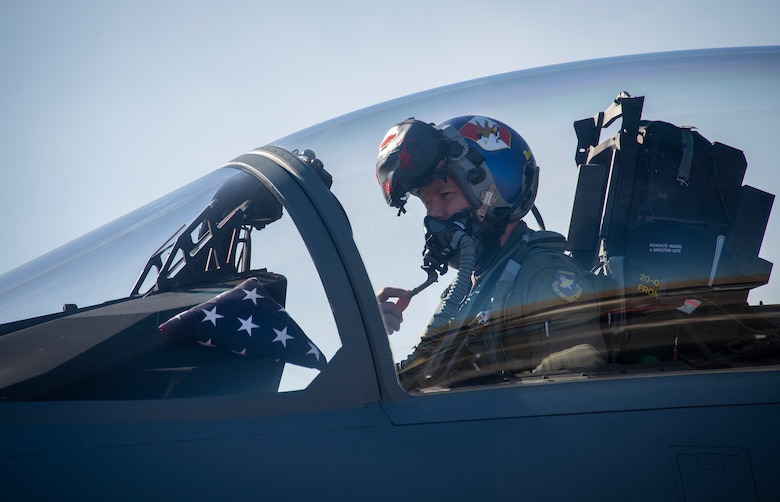 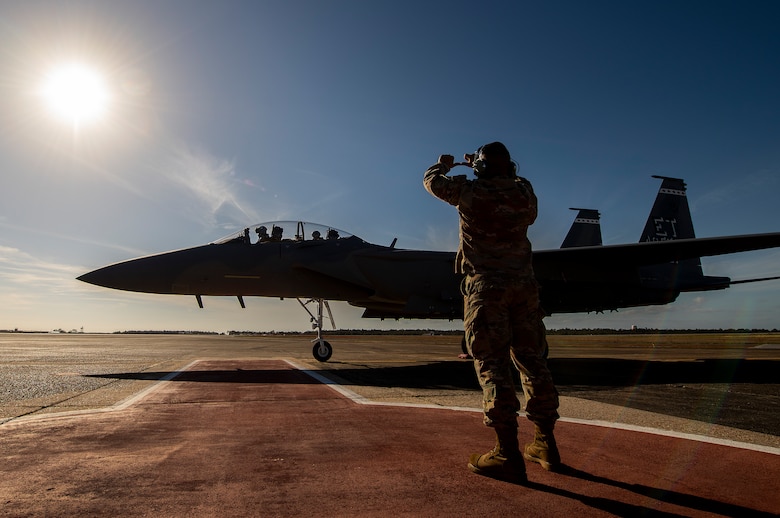 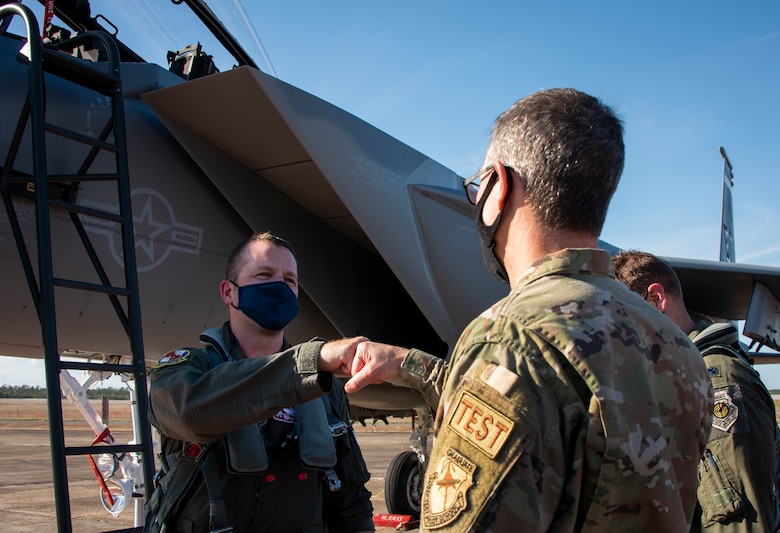 then the next day, started flying 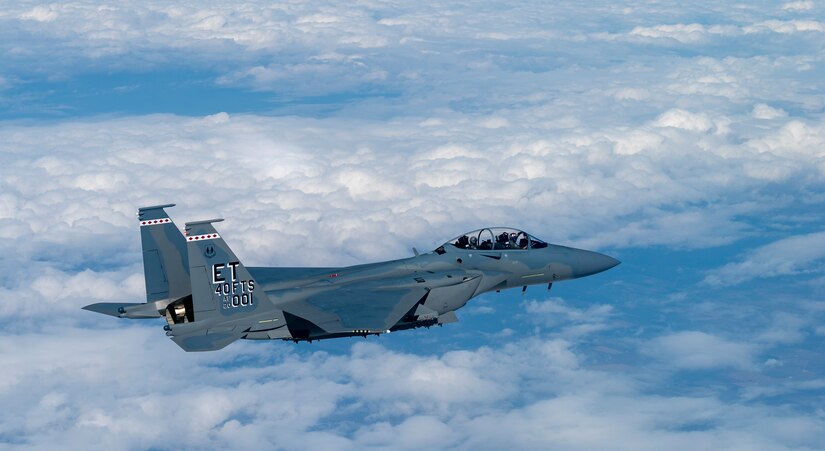 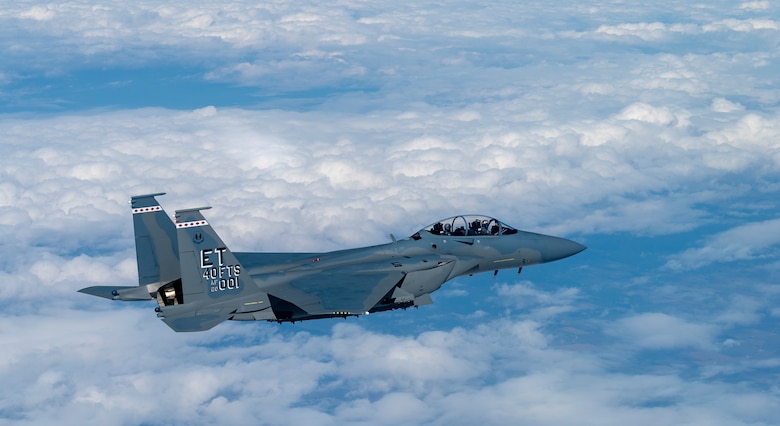 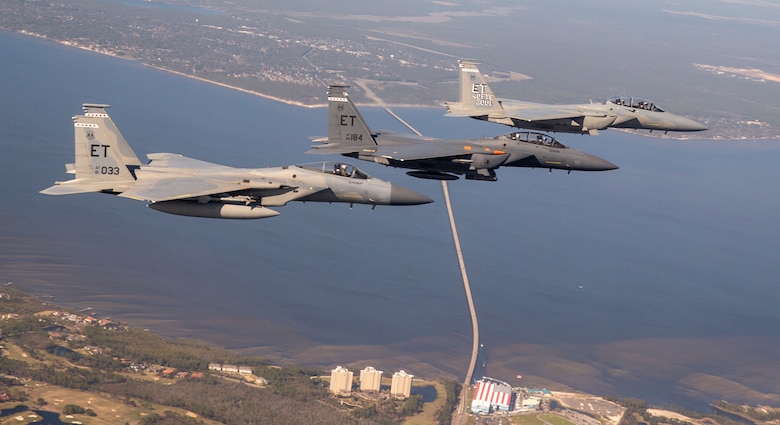 And now they named it the Eagle II just an hour ago. 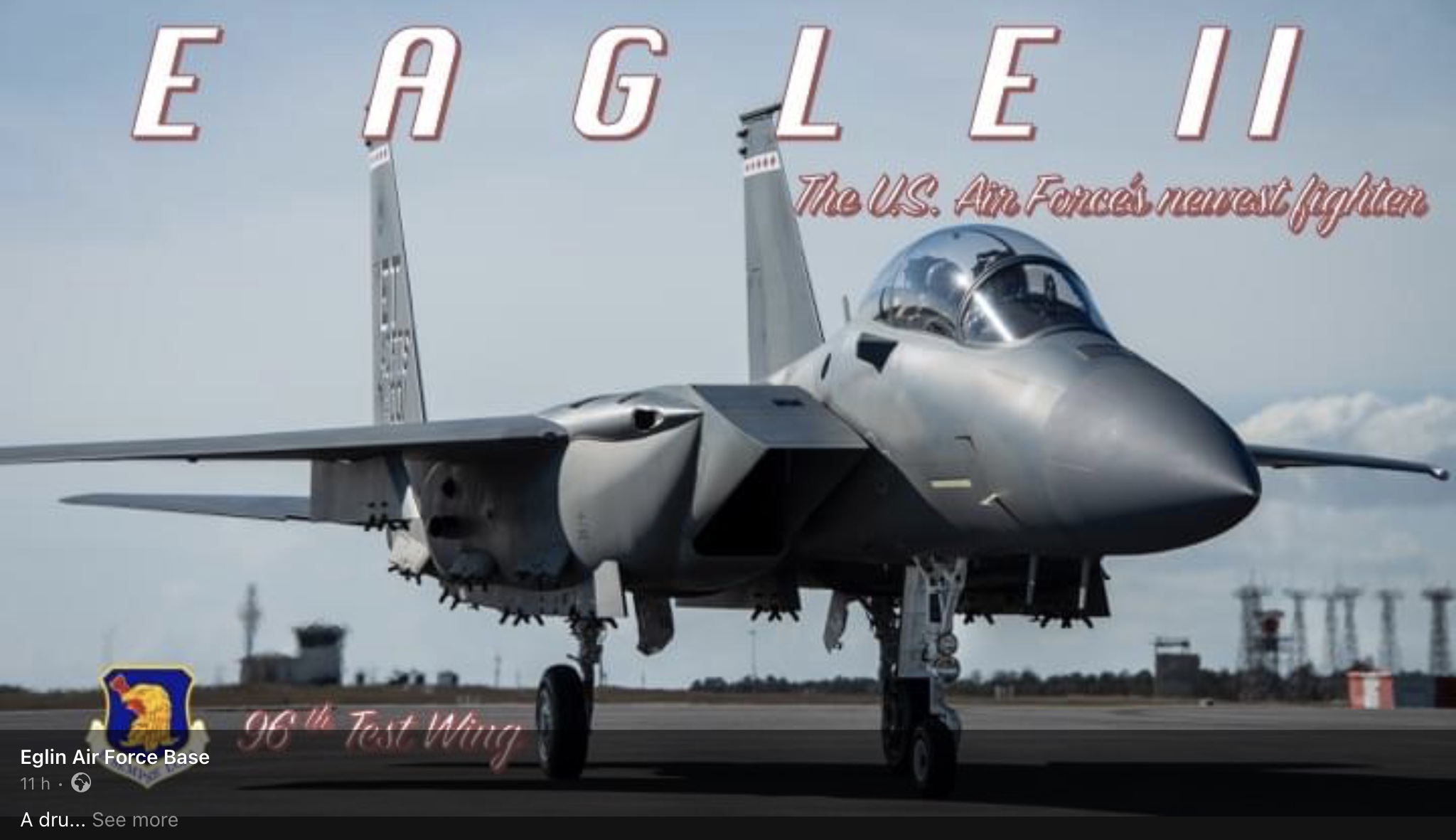 Technically it should really be Eagle III as the P-75 was the first: 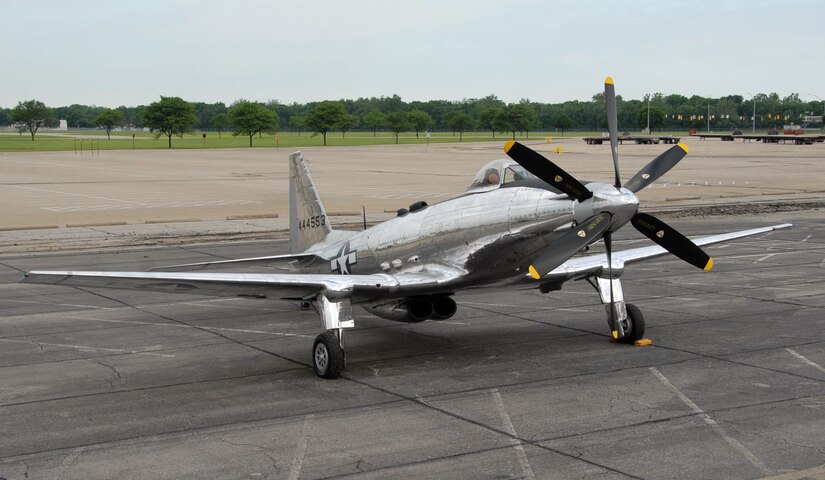 The Fisher Body Division of General Motors developed the P-75 Eagle to fill an urgent need for an interceptor early in World War II. The original P-75 design incorporated the most powerful inline
www.nationalmuseum.af.mil
NULL

Mustang, Phantom, Eagle. Classic American all the way.
Pleased to see that the Eagle is carrying on.

No laughing at the VP F-15EX Program Manager

Look, just make sure nobody mentions the 737-Max OK?
Even duct tape can't fix stupid, but it can muffle the screams.

COSHH Data: Caution: Unsuitable for those allergic to nuts! May contain traces of irony and sarcasm.
C

Raven2008 said:
No laughing at the VP F-15EX Program Manager

Are they all wearing masks because they were embarrassed to be in the video?

Seems a missed opportunity that they didn't take the full Silent Eagle package, cleaned-up with internal AAM bays and reduced RCS. I think the IDF is interested. 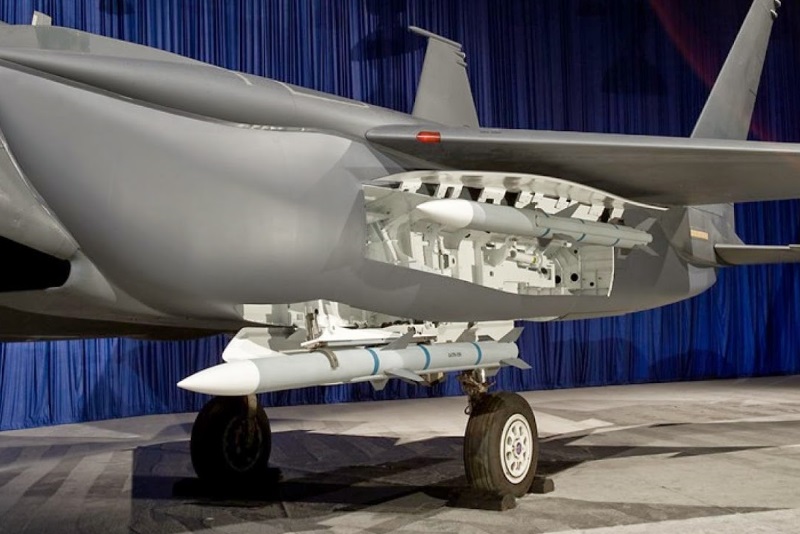 Anyway the whole F-15X program reminds me of the Enhanced Phantom proposal of 1984 that would have upgraded about 1000 F-4s in the USAF inventory, they would only just be retiring now!
Last edited: 8 Apr 2021
NULL