This is one of those books that does what it says on the cover and does it well.

As the editors (for some reason that is not explained they chose not to refer to themselves as authors) are at pains to state, the term “Blitzkrieg” is one invented by the British Press, not the German Wehrmacht. It therefore is meaningless and, in particular, does not refer to a military technique. They then describe the astonishing period from 1939 to 1940, in which the Germans conquered Poland, Norway, Denmark, the Netherlands, Belgium, Luxembourg and France.

The narrative is chronological, largely describing the military evolutions at divisional level and above. They make the relevant points clearly; few of the German tanks were the mark III or (even fewer) the mark IV, French tanks were generally more capable and certainly more numerous, the Germans had no more than ten panzer divisions – most of their army marched. The allies performed poorly at pretty much every level, albeit with some well led companies and battalions standing firm.

At times they draw attention to the sheer brilliance of German Staff work – the switch from the drive west to the English Channel to driving south and southeast to conquer (not occupy) the rest of France while simultaneously reorganizing the armour – draws praise. They make the point that the Norway campaign effectively destroyed the Kriegsmarine as a credible surface fighting force, suggesting that in itself rendered an invasion of the UK almost impossible. They comment on the improving integration of the Luftwaffe with ground forces and highlight the losses that the German airborne operations in Holland, Denmark and Norway took, particularly in the numbers of Ju52 aircraft destroyed. 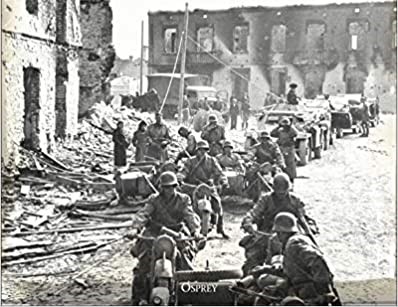 The book is lavishly illustrated with excellent mapping. It has some photos, although not all of quality and – a novelty to me – some artists near photo real recreations of parts of actions. I still don’t know how effective these are, or indeed how accurate, but they’re definitely worth a couple of hundred words.

The disappointment is the lack of analysis; how did the Wehrmacht (in particular) manage to perform so well. How did it consistently deliver shock action, despite being out gunned and often outnumbered? How did the British manage to perform so badly, so often? If the Kriegsmarine could not invade the UK why did we have an invasion panic (particularly after we sank the French fleet)?

Maybe I’m being greedy, but the editors are both professors of military history, one at Sandhurst. They could have done so much more.

Book Reviewer
Hmmm, given that ,in their view, Narvik etc ' effectively destroyed the Kriegsmarine as a credible surface fighting force' - the subsequent loss of HMS Hood on 24th May 1941, after a 12 minute engagement with the German Navy's battleship ' Bismarck ' must have come as a bit of a shock to the Admiralty.

As must the extensive efforts required to counter the U-Boat menace in the North Atlantic up to the end of 1943?

What You Need To Know About The Battle Of The Atlantic

A nonsensical statement, regardless of its source.
'The really important fact about the English intelligentsia is their severance from the common culture of the country' George Orwell

My (limited) understanding is that Blitzkrieg was a continuation of the combined arms tactics that the BEF unleashed at Amiens in 1918. These were refinements of earlier successful actions.

When the Germans 'embarrassed' the BEF in 1940, it was natural - and convenient - to present the defeats as the inevitable result of being confronted by radical new tactics and technology.
Some soldiers were willing to push themselves beyond recognised limits. One would see them stumbling doggedly forwards, ashen faced and incoherent, finally vomiting, collapsing unconscious and losing control of their bowels.

Others, known eccentrics, did not drink.

My (limited) understanding is that Blitzkrieg was a continuation of the combined arms tactics that the AIF, BEF and CEF unleashed at Amiens in 1918. These were refinements of earlier successful actions.

When the Germans 'embarrassed' the BEF in 1940, it was natural - and convenient - to present the defeats as the inevitable result of being confronted by radical new tactics and technology.
Click to expand...

FoC
“Do not go gentle into that good night. Rage, rage against the dying of the light.” - Dylan Thomas
"Those who can make you believe absurdities can make you commit atrocities." - Voltaire
“Nobody's slave, nobody's tyrant." - Generallöjtnant Jakob Albrekt von Lantingshausen