Tony Blair could face war crimes charges as a result of the Iraq war inquiry report, the House of Lords has been told.

Lord Dykes of Harrow Weald, a Liberal Democrat peer, claimed that the publication of the inquiry by Sir John Chilcot was being delayed “to prolong the agony” of the former Labour Prime Minister.

Lord Hurd – who as Douglas Hurd was Conservative foreign secretaryfrom 1989 to 1995 – said the delay was now "becoming a scandal".
Click to expand...

http://www.telegraph.co.uk/news/pol...ld-face-war-crimes-charges-over-Iraq-War.html
Anyone taking odds on nothing coming of this?
YOUR AD HERE​


The Gentlemen of The Excise: - Ensuring that Bad Things Happen To Bad People Since 1643

"If I can shoot rabbits, I can kill fascists" (If you tolerate this, then your children will be next).

If only. . .
It's time for British Independence.

Book Reviewer
...When Nelson gets his eye back..
Posted to AARSE using a Remington Rand UNIVAC II and using 90 column punch cards and a Uniservo II tape drive.

"Prolong the agony!" I'm sure he is beside himself with guilt!

Politically, he is a pariah.

Who knows though one can but hope.
I wear dark glasses so the coppers cant see my brain - Ian Brady, Child Murderer

It'll never happen, but it would be a good propaganda/scapegoat type malarky, showing the arab world and mainly the nutters that we art holier than thou, we hang draw and quarter our own when they done bad. and blair done bad. Look at what happened to marine A or whatever he was called. Hauled right over the coals for executing a baddie.
Captain, I wish to report a mutiny. I can name fingers and point names.

You know what, I would normally agree with that sentiment BUT these are rumblings from the House of Lords. I just wonder if a decision has been made in light of the Chilcott Report (They've seen it, we haven't) to throw the tosser to the wolves?
I wear dark glasses so the coppers cant see my brain - Ian Brady, Child Murderer

Moderator
I'll get my sense of humour back before that happens...

If it was just him and he was punished, great, but it was parliament that atheist it, but based on his fibs, so that should be the charge lieing to parliament...

Just need to be aware of the outcome, if found guilty, UK could be liable to billions and billions in damages..... then we will be stuffed.....
You can tell me as often as you like, but if you can't show me...

Don't spend all day tell me how good you are, sod off and show me...
D

To sleep, perchance to dream.

Blair wouldn't have taken decisions on Iraq alone so if he's going down, he won't be going down alone. The prospect of putting his cabinet and the British General Staff in the dock will be enough to kill the idea.
I knew it. I’m going home in a bag. It’s always the Corporal that gets blown up first.
Cpl Pez

Gary Cooper said:
Blair wouldn't have taken decisions on Iraq alone so if he's going down, he won't be going down alone. The prospect of putting his cabinet and the British General Staff in the dock will be enough to kill the idea.
Click to expand...

As ever, Arrse is ahead of the game:

Wistful thinking in my view. Prosecuting a former Prime Minister for something he did while in office just isn't going to happen. It would have the whole country writhing in accusation and counter accusation right across the establishment. The whole world would be a witness to a massive can of worms.

Is that really a sensible thing to allow
If you can’t be bothered to take precautions to avoid COVID-19 because you don’t have to, how many people may die because you gave it to them before you get to be a bit bothered?! This made me laugh. Officers don't run, it's undignified and it panics the men. Oh Yeah? You haven’t been to effing XMG!

Very difficult both politically and diplomatically to put a former premier on trial for anything but a purely personal crime - as said above, he won't go down alone and any half decent legal team would make sure his co-defendants were either very high profile or cannon fodder, or both.
No great regard should be paid to anything I say - clue's in the name...

Book Reviewer
Teflon Tone will only get community service even if he's found guilty, his solicitor will be, of course: 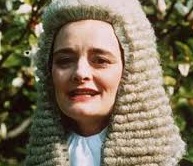 A fireman to be successful, must enter buildings; His whole success depends on his getting in and remaining there, and he must always carry his appliances with him, as without them he is of no use. James Braidwood (1800-1861)