Unremarkable said:
My Leatherman had a distressing tendency to do that.
Click to expand...

Never seen a leatherman without a locking mechanism for the blades and tools.
Sinner/theiftaker. Replacement Account
Not bugsy for the hard of thinking
After a lot of "Anger management" and therapy it seems I am just a horrible human being.

Yup, confusing specs. Think that's down to "is the wire cutter bit of the pliers a separate tool?" etc.

In any case, the tool you have with you is better than the one left in the hallway.
A

Verwaltung said:
What is the actual problem with locking knives in the UK these days? They have to be like this otherwise they can fold up on your fingers (and even if you think they can't, they can - I had a lucky escape once). I'm sure I've bought Opinel knives in the UK (I used to live there) and they definitely lock open with a rotating collar.
Click to expand...

The Hansard record from the House of Commons debate on the Criminal Justice Act in the '80s shows that Parliament meant for lock knives to be considered the same as slip joints when debating the legislation. Unfortunately this was not written in to the act, referring to folding knives with no distinction on type of folder.

A couple of years later a guy named Harris was picked up for carrying a locking folding knife. He was convicted and appealed. He lost the appeal on the basis that the lock mechanism transformed the knife in to a de facto fixed blade. Despite Hansard and Parliament's intention being sited in court, the judge's decision set a legal precedent which required good reason for the carry of a lock knife in a public place.

You can buy and carry locking knives in the UK. It is totally legal to do so, IF you can show good reason for doing so. The inherent safety of a lock knife is not considered good reason. I have heard stories of coppers raising an eyebrow when coming across lockable folding rescue seatbelt cutters in cars (they have a sharp edge and lock - illegal!).

Event multi tools can be a problem.

They are a legal grey area. While you can buy a Leatherman or Gerber with a slip joint knife, it is only a true slip joint if you do not close the multitool when the blade is exposed. The 1993 precedent refers to "a "lock knife" which could only be refolded by the pressing of a button to release a locking mechanism ". There is debate whether having to open the multitool to fold away the blade constitutes a "mechanism".

Again, one area where a copper may go for another reason to arrest.

I discussed this with a long serving and experienced officer who was, at the time, a member of my Mountain Rescue Team. He stated it was uncertain how a multitool should be addressed. His position was that if he could not justify an arrest for carrying a lock knife he would arrest for going equipped!

His statement helped me down the slippery slope of not trusting the average copper.
NULL

Nimbus said:
Trespass is a civil offence unless damage is caused, so no Plod needed unless they’ve been cutting trees down or similar.
Click to expand...

I know, the prices they charge 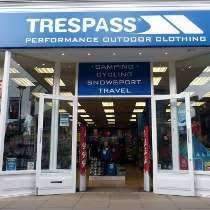 If you can't fix it with a hammer, it's a tech problem
Electricity is the devils magic. You can't see it or smell it but you can bloody well feel it.

dingerr said:
Carpet fitters will be shitting it.
Click to expand...

What about knife carrying 'Indian' chefs wearing a big vest on their way to an honest job?
If you can't fix it with a hammer, it's a tech problem
Electricity is the devils magic. You can't see it or smell it but you can bloody well feel it.

Lardbeast said:
Beaten to it. I was just going to post that. Quite cheap too, coming in around US$19.

Not a bad little biltong knife at all, although you still have to watch your fingers. The slipjoint may be quite stiff, but it'll still get you if you're not paying attention on a particularly thick chunk of meat.
Click to expand...

Not sharpening PENcils?
If you can't fix it with a hammer, it's a tech problem
Electricity is the devils magic. You can't see it or smell it but you can bloody well feel it.

Nimbus said:
Take photos as you dismantle it, then you’ll know where the spacers came from. Browse Leatherman spares for a tool to replace the blade, the holder for the file will take a regular jigsaw blade on some models. No one is going to notice if you have a ground down and sharpened spare in the back of the pouch In case you ever need an actual blade.View attachment 450216
Like this one. You’ll need threadlock when you re assemble it..
Click to expand...

How many boring pensioners (state ones) could be bothered to do that?
If you can't fix it with a hammer, it's a tech problem
Electricity is the devils magic. You can't see it or smell it but you can bloody well feel it.

Bacongrills said:
Just carry an ordinary bladed multi tool and if anyone complains stab them.
Click to expand...

With the spoon attachment
If you can't fix it with a hammer, it's a tech problem
Electricity is the devils magic. You can't see it or smell it but you can bloody well feel it.

QRK2 said:
Well yes and no.

It is an offence to carry any sharp or bladed instrument in a public place, with the exception of a folding pocket knife, which has a blade that is 7.62 cm (3 inches) or less. A lock knife is not a folding pocket knife and therefore it is an offence to carry around such a knife regardless of the length of the blade (if you do not have good reason).
Click to expand...

Just stop now?
If you can't fix it with a hammer, it's a tech problem
Electricity is the devils magic. You can't see it or smell it but you can bloody well feel it.

Ortholith said:
I totally agree with you on that. It is however unrealistic in the extreme.

Case in point, one child repeatedly stabbed another in the neck with a compass a few months ago.

You have to be a seriously nasty ******** in repeated ways with evidence before anyone even considers kicking you out of a state school. Potentially taking photos of students/staff? Wouldn't raise an eyebrow.


You've answered your own point, banning people does not work, banning objects does. If kids leave phones turned on and set to silent in their bags, no one knows they have them and everyone gets along fine.

Until someone sets their phone up as a wireless hotspot that can be seen by school devices named "SHOUT PENIS FOR PASSWORD" but that's a different conversation.
Click to expand...

See if you were allowed to have a smart phone at work you could have made a fortune.
If you can't fix it with a hammer, it's a tech problem
Electricity is the devils magic. You can't see it or smell it but you can bloody well feel it.


Wonder what level of confusion this will raise among UK Plod? 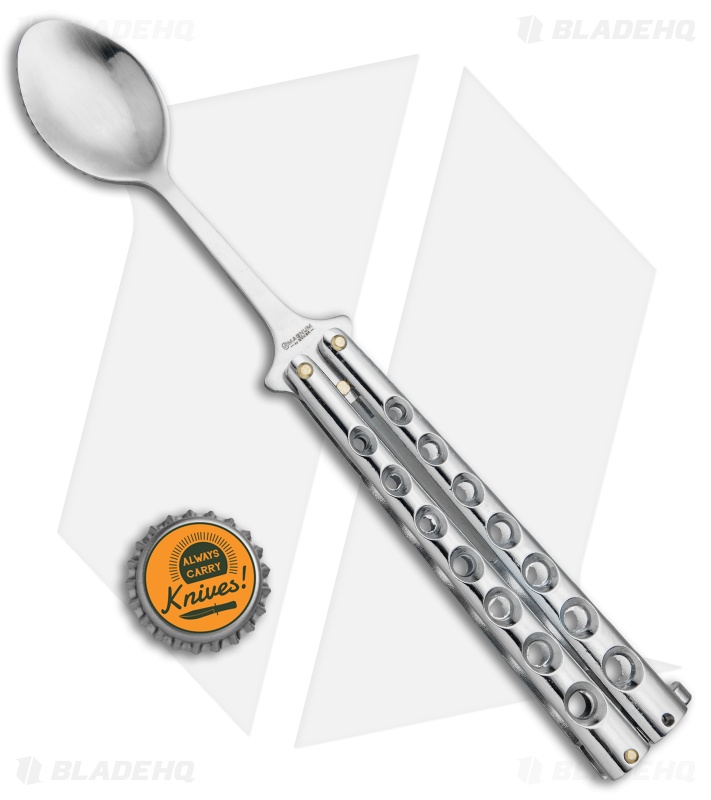 BugsyIV said:
Never seen a leatherman without a locking mechanism for the blades and tools.
Click to expand...

Unremarkable said:
Mine has none. Bought in early 1990s.
Click to expand...

Same, the only protection is the other half of the handle.


Wonder what level of confusion this will raise among UK Plod?

Where did you find that?

Sent from my SM-T510 using Tapatalk

The dimmer plod will go full retard for sure if you pull that out and tuck into your beans.
"Justice tastes like hairy Bovril!" - The Righteous RTFQ

Lifeboat21 said:
I carry a resqme


I used to drive a lot so considered this a useful item to have.

Believe it or not some morons think it's an offensive bit of kit. For slicing folk and breaking windscreens.

Rather than cutting your seatbelt and popping your window, if you're trapped in your car.

My boot usually contains my canoeing first aid kit, rescue saw and axe. Also a couple of throw lines and pulleys, carabineers and cordage. And tape, plastic, hot glue sticks, and tools. For no other reason than I know that it's there and I once used a red light stock to replace my tail light when two blew in quick succession.
Click to expand...

I carry one on my personal car keys, and have one on my work tunic. Can confirm it breaks windows perfectly and cuts seatbelts nicely too.
Admiral Ackbar...."It's a trap"

Unremarkable said:
Mine has none. Bought in early 1990s.
Click to expand...

Ahh ya right thinking on, early ones didn't.
Sinner/theiftaker. Replacement Account
Not bugsy for the hard of thinking
After a lot of "Anger management" and therapy it seems I am just a horrible human being.

Maninthestreet said:
I've got an original Leatherman ( if it dies than I may look at another ) anyhow, I once offered it to a cop to aid him in assisting access to a neighbours property.
It was a screwdriver or he'd have to make Mrs Philbins door go away.
Needs must, eh.

Edit: She'd had a fall, nothing too bad.
Click to expand...

Leathermans come with a lifetime warranty.

I broke one side of the pliers on a Supertool using it as a crowbar. I thought I would test out their lifetime guarantee and took it along to the Shot Show in Vegas where I knew they would be exhibiting. Wandered up to a bloke *1 on the stand he smiled, took the knackered Leatherman, wandered off and came back 2 minutes later with the newer updated model and a free pouch. I became a loyal customer from that moment.


Note: *1 He turned out to be the recently retired badgeman of a Bn of the 75th Ranger Regt. started chatting as he had known a few of the THEM blokes at the ILRRP school. I can't remember his name, but @Anonymous Yank may know him.
Isaiah 6:8

Listy said:
When you hop off your (possibly quite justified) soapbox. I know all this. But my reason for not wanting a knife is not plod, but management.
Click to expand...

The answer is quite simple - don't get your tool out in the presence of management.

Fnarr, fnarr, etc.
Now in my 60's and even grumpier than I was in my 50's. Just so long as you realise that I'm right and you're wrong, we'll get along just fine, OK?

BugsyIV said:
Never seen a leatherman without a locking mechanism for the blades and tools.
Click to expand...

The original leatherman didn't lock. It relied on the way it folded open..

The lock mechanism turned up on the first 'super tool'.

Sent from my S41 using Tapatalk
You must log in or register to reply here.