A Staffel is sort of an equivalent to a squadron, normally 9-12 airframes, Geschwader is sort of an equivalent to a wing, but tended to be a bit smaller than ours or the yanks, they had about 90 to 120 aircraft, the Gruppen tended to be made up of 3 Staffeln, around 30 to 40 aircraft in total - the numbers could be flexible due to losses and roles and sits between the other two
"Some people are like Slinkys...They're really good for nothing, but can bring a smile to your face by pushing them down a flight of stairs."

German units would tend to be kept operational until they reached a critical mass of four aircraft per Staffel, at which point they'd be merged with other Staffeln to field a full squadron. In the East, they tended to operate on a fairly hard routine and moving airfields at short notice was regarded as normal jogging, much more akin to Russian air force operations than a Western style life.

the plane almost complete, on it's plain black base, the base just needs to show style rather than information, everyone knows a 109 when they see one, just the High Gain Antenna to fit, when the glass case is ready to protect such a fine part. 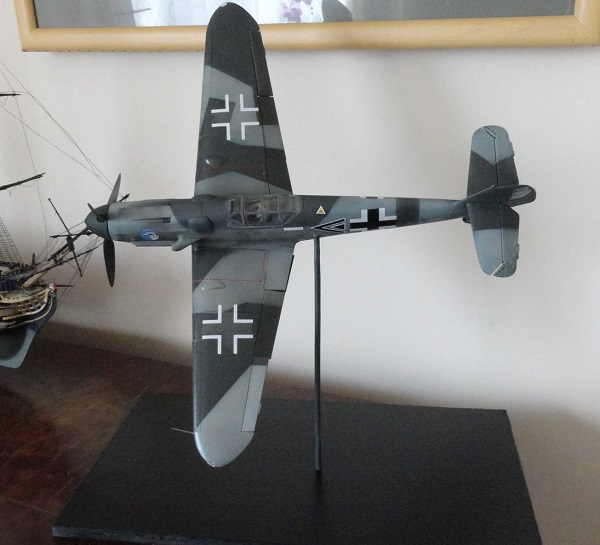 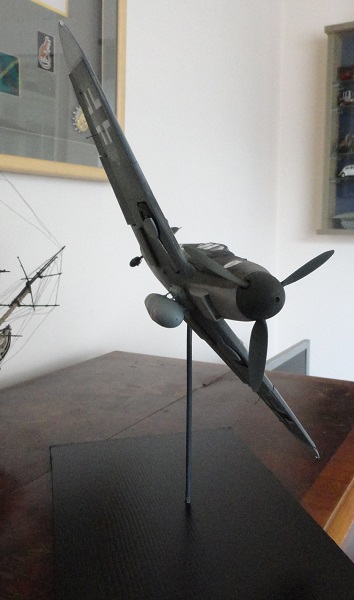 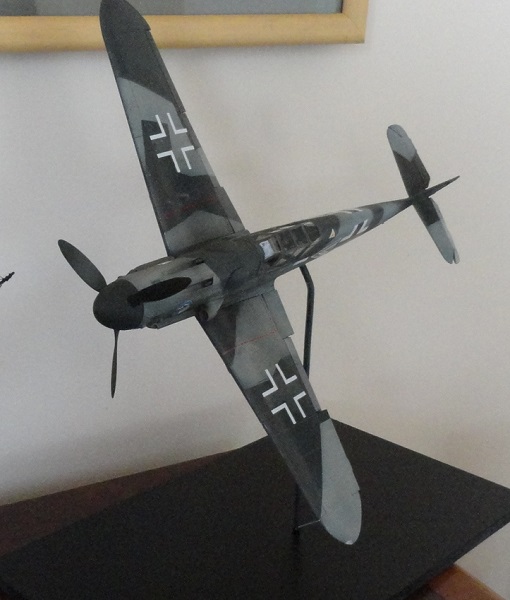