Taken yesterday, the MT complex is just one large dodgy backstreet garage, but the company linesÂ´look like we just left: 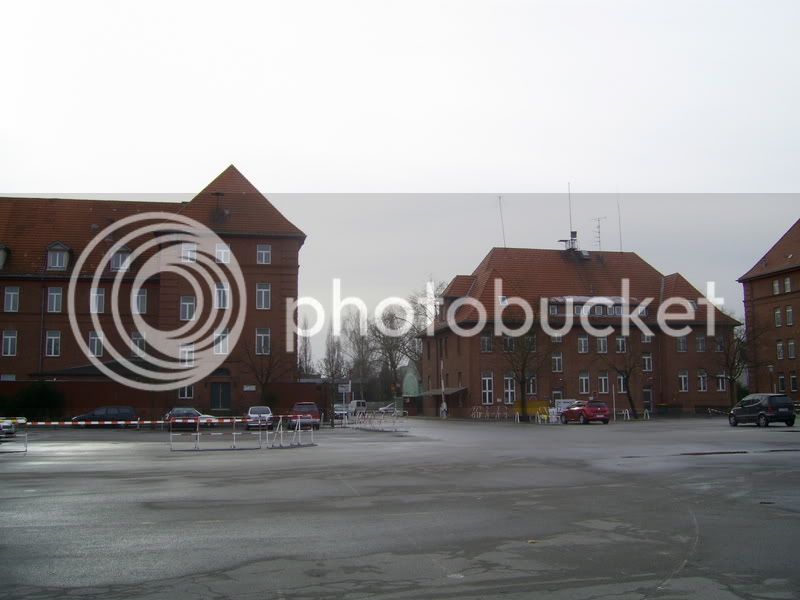 And For you partyboys, the sunken bath is still there - apparantly! 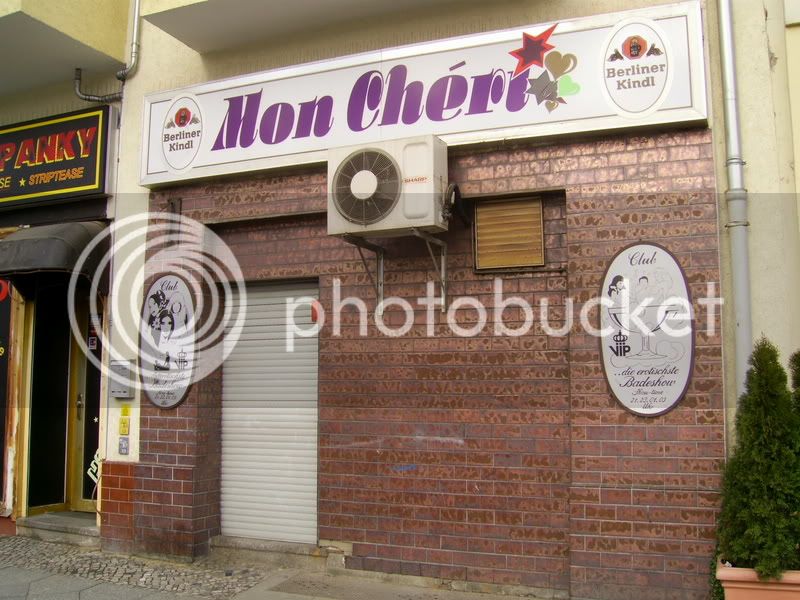 The 'Monchers'. Will it ever die?

Thanks MUZZLEFLASH, you have just taken me back to 1983. We 2RRF were in Brooke Barracks for 2 years (I only cought the last 12 monts) but what a year! Wonderful posting, Train Guard with the Sneaky Beaky taking photos on route of the Russian troops and armaments. QRF at Brixmis, Training in the Grunewald with the yanks. Nearly freezing to death in Schleswig Holstein for 2 weeks. Allied forces day showing our Proud colours off to the French showing how many times we kicked their ass over the years. Kicking the Shite out of the Irish Rangers in the Shared Naffi with Wavell Barracks I think. Trouping the colour at the Olympic stadium. The Corner Bar And Guarding Spandau and Meeting Rudoloph Hess (he tried to scrounge a fag off me! My claim to fame!) R&R every other saturday Night in 'Grotty Chalotty' Mon Cheries. been there done that! OOhh Ive gone all nostalgic.

Moderator
I can smell the soap now!
B

Happy memories. What a wonderful posting, it was up there with Hong Kong and Singapore. Thanks for the reminder Muzzles.
Hey surr, thae bastards urr firin ball!

muzzleflash, what's Wavel like now? I was there back in '90.
The belief that a cosmic Jewish Zombie who was his own father can make you live forever if you symbolically eat his flesh and telepathically tell him you accept him as your master, so he can remove an evil force from your soul that is present in humanity because a rib-woman was convinced by a talking snake to eat from a magical tree...

Moderator
I think Mon Cheries was an off licence before going into the bath business.

Mate, both Wavel and Brooke are pretty much the same. Parts of the camps (particuarly the old Reme workshops and MT garages) have been sectioned off by individual businesses, however the main barrack blocks remain pretty much vacant and unchanged.

During my visit I casually wandered into a room in the old company lines in Brooke and noticed that the lockers, beds and even blast curtains were still in place - all that was missing was a pished mattress up against the radiator and a bill oddie lying schlafen on his bed springs.

muzzleflash said:
During my visit I casually wandered into a room in the old company lines in Brooke and noticed that the lockers, beds and even blast curtains were still in place -all that was missing was a pished mattress and a bill oddie lying schlafen on his pit.
Click to expand...

fusrml: You forgot Joe's beerhouse and the Pink elephant in grotties!!! Good memories
Turned into a computer now that's what i call PC
D

Brooke/Wavell. Blimey that takes me back to 1990, Hessco's had just opened up on the old Spandau Prison site, across the road. We had DLB and the Queen Mum visit, as well as the BBC. MQ's were just down the road, Baedeckerweg I think.

On the photo you've the Guardroom on the left, and opposite that to right, was the Posties. Further down on the right was the Officers Mess. That bloody great expanse of tarmac was where the lads pounded the Parade Ground ready for the Queens Parade.

thanks for the memories, Brooke 84-86 attached to 1PWO and then D&D's, mostly attached to Mon Cherie'e more bath's there than back in camp !!!
NULL