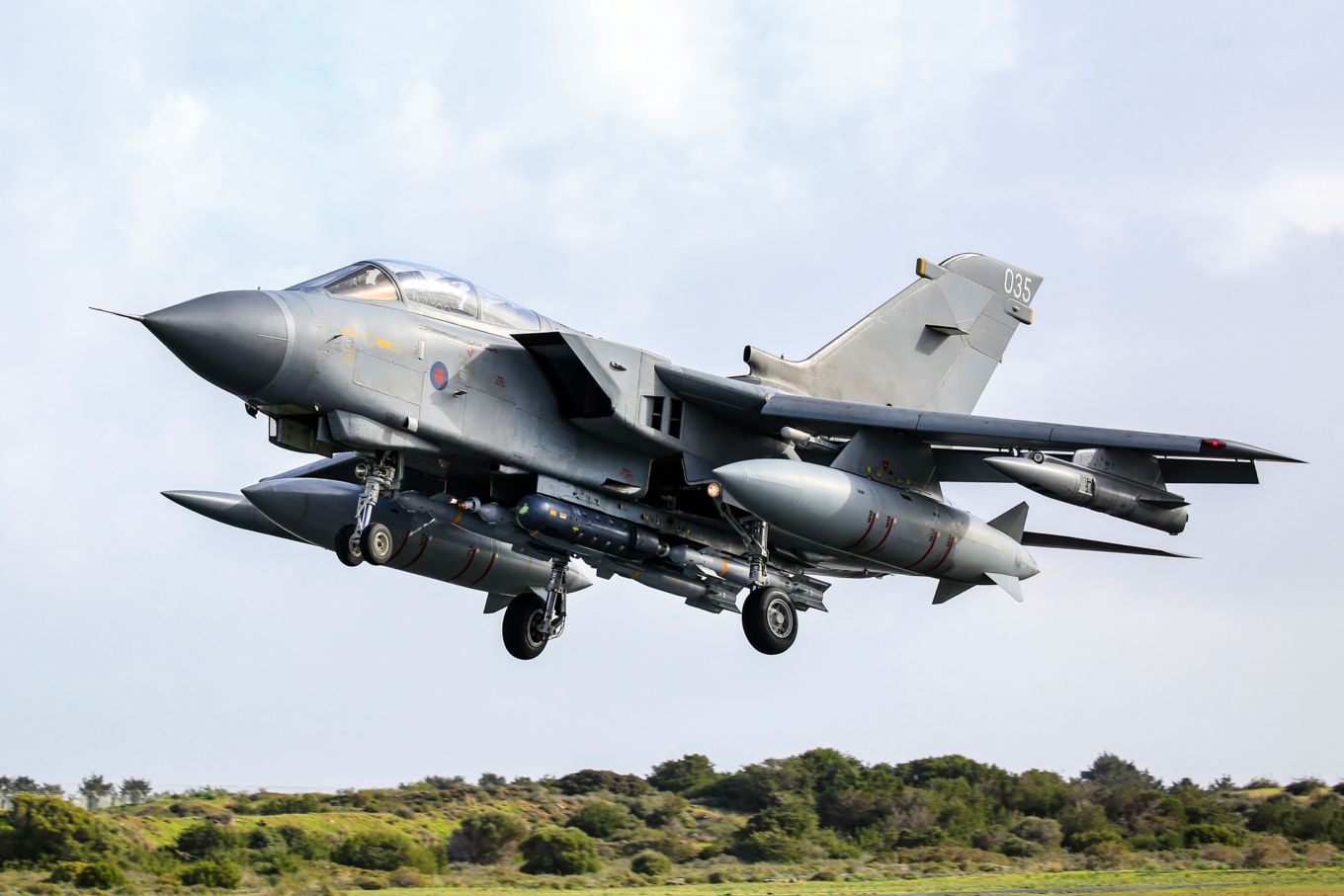 A Tornado is heading for Northern Ireland - but it is nothing to do with the weather.

The Tornado jet fighter has been gifted to the Ulster Aviation Society.

It will arrive on Tuesday, March 24, with a convoy of five large lorries carrying the dismantled machine from harbour to the twin hangars of the aviation society at the Maze/Long Kesh site near Lisburn.

The aircraft was disassembled at an RAF base in England.

That unit, of RAF and Royal Navy members, will rebuild it in less than a week.

The society was gifted the Tornado by the RAF to add to its museum of nearly 40 aircraft, the largest collection of aircraft and displays on the island of Ireland.

According to staff at the society, the Tornado cannot be flown here because it lacks the necessary technical equipment to do so.

The Tornadoes were the cutting edge of the RAF and Nato's attack force and as such contained secret "black boxes", which were stripped from all Tornadoes at their home base, RAF Marham.

Ray Burrows, chairman of the Ulster Aviation Society, said: "The whole Tornado fleet was being dismantled there and it made sound economic sense to do our aircraft there as well."

He said the society has a special interest in this machine because a former head of the RAF's Tornado force was Air Vice-Marshal Harvey Smyth, originally from Donaghcloney, Co Down.

Mr Smyth, the patron of the society, led the charge to acquire the Tornado, and said it will be an important item for younger generations visiting the museum to view.

He said: "From a heritage standpoint, it'll be good to see the Tornado there, considering all the good that the aviation society does. It's an aircraft that provided 40 years of good service to the country. To me, this was too good an opportunity to miss."

The Tornado, no longer in RAF service, was critical to its operations from 1980 to 2019.

A few served as interceptors but most were GR4 models - ground attack and reconnaissance aircraft.

In those two roles they saw action over Afghanistan, Bosnia, in both Gulf wars, over Libya and against Isis forces in Syria. Mr Smyth was involved in most of those operations.

The particular GR4 variant acquired by the UAS was designed to train the crews of those combat aircraft, as such it is a special two-seated version with duplicate controls.

Mr Burrows added: "Very few GR4s have been delivered to museums in the UK and ours is the first one to be gifted to a non-national collection."

A Tornado is heading for Northern Ireland - but it is nothing to do with the weather.

I've been out to the aviation museum quite a few times.
Well worth a visit.
yeh yeh yeh, I know my spelling and typing is shyte.
You must log in or register to reply here.