Read the article - anyone got any ideas? It's the chap shown in the image. 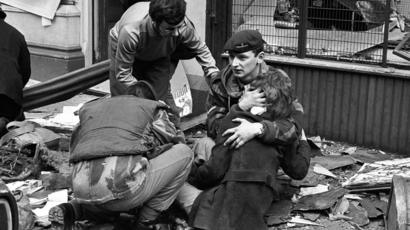 Just in case we actually get somewhere with this, let's keep this thread clean please!
Check out the latest reviews!

It is a crying shame that all the good incidents, that far outweigh the bad incidents barely see the light of day, while the minority of bad incidents make screaming headlines for weeks, months, years and even decades.

Hope she finds her man.

Book Reviewer
It'll be very interesting to see how this develops. Just for starters it ain't me.
A fireman to be successful, must enter buildings; His whole success depends on his getting in and remaining there, and he must always carry his appliances with him, as without them he is of no use. James Braidwood (1800-1861)

BratMedic said:
It'll be very interesting to see how this develops. Just for starters it ain't me.
Click to expand...

at least thats us one step closer even by a process of elimination
"I think i am becoming a god."
Vespasian
T

This from wikipedia, I know says she lost both legs but from the bbc article it looks like that may have been reported at the time.

So is he a para? Photo is a bit fuzzy but cap badge could be.

One young woman lost both legs; she was photographed by Derek Brind of the Associated Press as a British Paratrooper held her in his arms

Sent from my SM-G955F using Tapatalk

Ironically probably known to those now facing prosecution
"Some days will stay a thousand years, some pass like the flash of a spark..."
N54:58:31 W1:37:17

He's already been identified on a closed group on FB. I suggest no-one posts his name here without his permission.
Socialism is a philosophy of failure, the creed of ignorance, and the gospel of envy, its inherent virtue is the equal sharing of misery. 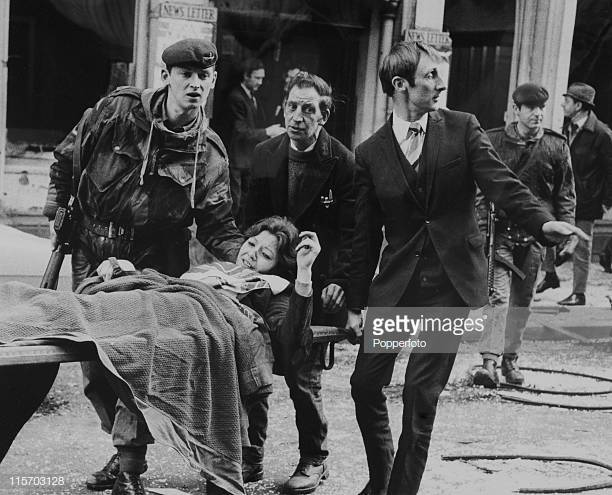 Im totally disgusted by these pictures and concerened about the harm they are doing to the reputation of the Parachute Regiment. Why are they giving first aid, shouldn't they be grinding boot heels in the faces of the casualties?
"Some days will stay a thousand years, some pass like the flash of a spark..."
N54:58:31 W1:37:17
M

He is definitely a Para as a much clearer picture of him and his cap badge made the front pages of at least one national newspaper, I think the Daily Mirror. He looks quite young so I think he might well still be around.

Whether he wants to be tracked down would be quite another thing. It was one of the first horrific multiple fatality bombings in Belfast, hundreds were injured including schoolchildren, limbs and eyes were blown away. Seven men were killed including three dustmen, the descriptions of their bodies was recounted by Dublin journalist Kevin Myers, it did not make for pleasant reading.

The young man who was there, might prefer to live out his old age without recalling those events.

What's the betting some ambulance chasers are now taking an interest in him...

'Did she give you explicit permission to hug her, in triplicate?'
Je suis Amazing__Lobster

Higgs_bosun is a silly billy.
You must log in or register to reply here.