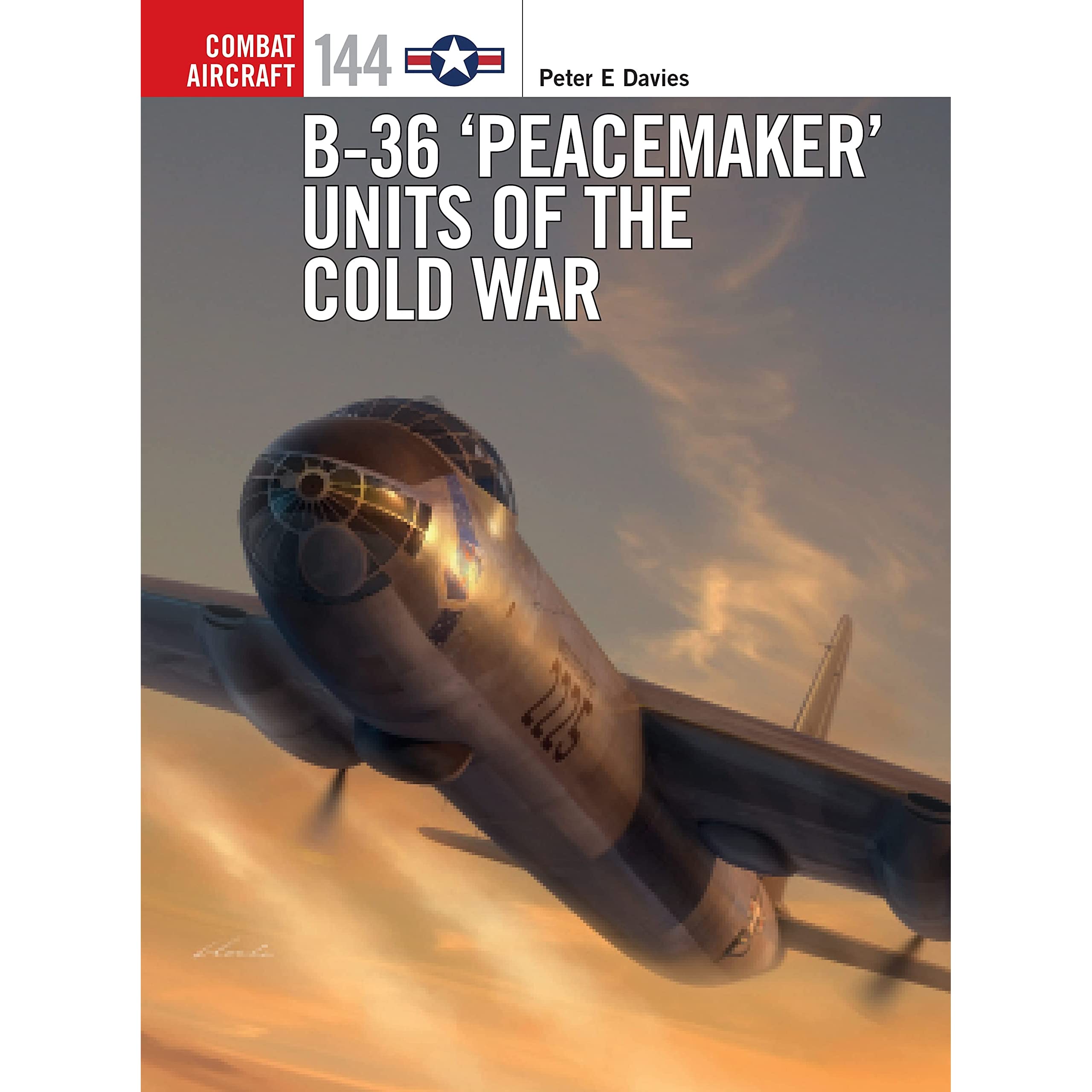 The B-36 Cold War bomber, I must confess, I knew very little about this aircraft, other than seeing it featured in a film with James Stewart, that seemed to be more of a promotional film for the U.S.A.F. I presumed that its design and conception dated from the 1960s, however this very informative and well laid out book sets out the design criteria and the thinking behind the aircraft, conceived and designed in the latter part of WW2, to give America the ability to bomb Germany, should Europe be over run by the German forces, that was a surprise to me, designed to have a cruising height of 40,000 feet and a range of 10.000 miles carrying a payload of 200,000 Lbs, even for the late sixties that would have been a surprising figure.

The rear facing engines and pusher propellers seem strange to modern thinking, but as the author points out, this reduces noise in the forward control section, and when an engine caught fire, it would often burn away without damaging the massive wing, also this improves airflow across the wing and made it smoother with less vibration, with its 230 foot long wing , and 163 feet long fuselage, the B-36 did it appears have a slight tendency to flex when flying under extreme weather conditions, for the crew the sheer size of the aircraft must have been daunting, and the ability to climb inside the 7.5 feet thick wings to carry out service work on the engines must have been a first.

As well as its sheer size, the aircraft was notable for several other firsts in Aero Engineering, the extensive use of Magnesium, the bonding together of panels with glue, rather than rivets to reduce drag in flight, and also the use of a special double sided tape to bond sections together, with a side benefit of giving much better resistance to fatigue , 27 miles miles of wiring !! which in the earliest models was aluminium to save weight, but later changed to copper due to breakage, and then to allow crew members to move across the centre section an 80 foot long pressurised tunnel with a wheeled trolley and a rope to access the galley and toilets and bunks, a crew of 22 cannot have had too much time for rest, especially as the rear half of the aircraft was so noisy.

Everything about this aircraft was massive, and cutting edge, government attempts to reduce funding were constantly fought, as it was found that in doing so skilled engineers would be lost, and the ability to retrain and tool up again would take too long

The book takes you through all of the early development work and very exhaustive testing of this giant, from its first test flight in 1946 to entering service with the USAF, and the continual modifications and new technology to keep it abreast of foreign competition, eventually ending up with jet engines. Alongside this, the unusual problems that were encountered due to its sheer size and power, are also covered.

This exhaustive and well illustrated book covers each of the aircraft built and flown, the wide variety of specialist equipment installed and the wide ranging area of service until its eventual retirement. The book contains many high quality photographs alongside some excellent colour drawings that give the identity and layout of every model flown

A very readable and interesting book - 95 pages and packed with data.