Assange about to do a bunk...

Ruckerwocman said:
That would be hard times indeed. A far left bartenderess (and not a very good one at that) who parlayed a run for a hard left Democratic Congressional seat in NY actually assuming that she has a chance at becoming president with her (mighty shaky) hands on the wheel and levers of State? Forbid it, O Lord. That would be like Diane Abbot suddenly becoming the next PM, only worse.

You're saying you dont think Ms Abbot would make a good PM?

Not if everything I've heard about her is true, but please yourself. At least the budget meetings will be entertaining.
Now shrivelled hags, with poison bags,
Discharge your loathsome loads!
Spit flame and fire, unholy choir!
Belch forth your venom, toads! - The Sorcerer - W.S. Gilbert
BG Stand Watie, CSA approves this message.

Well, she's still half asleep in the AM so it would give her a chance.
All in all, you're just another brick in the wall

Ortholith said:
Well, she's still half asleep in the AM so it would give her a chance.
Click to expand...

Quality will out. Nicely played.
'Pay peanuts get monkeys'
'Quality costs, you get what you pay for'
Professional footballers and bankers show these statements as tosh.

Ruckerwocman said:
Not if everything I've heard about her is true, but please yourself. At least the budget meetings will be entertaining.
Click to expand...

So who's TangoMan debating with; the voices in his head? Alternatively, the voices could be all in Pammy's.

'Pamela Anderson has called on Donald Trump to pardon Julian Assange in his final days as US president, saying the move could be the "perfect way" to end his term.

'In an interview on ITV's Good Morning Britain, Anderson, 53, claimed she has access to Mr Trump and that he is considering the pardon. "I know that I am in his ear," the actress said. "I know he is debating and we will see what happens.' 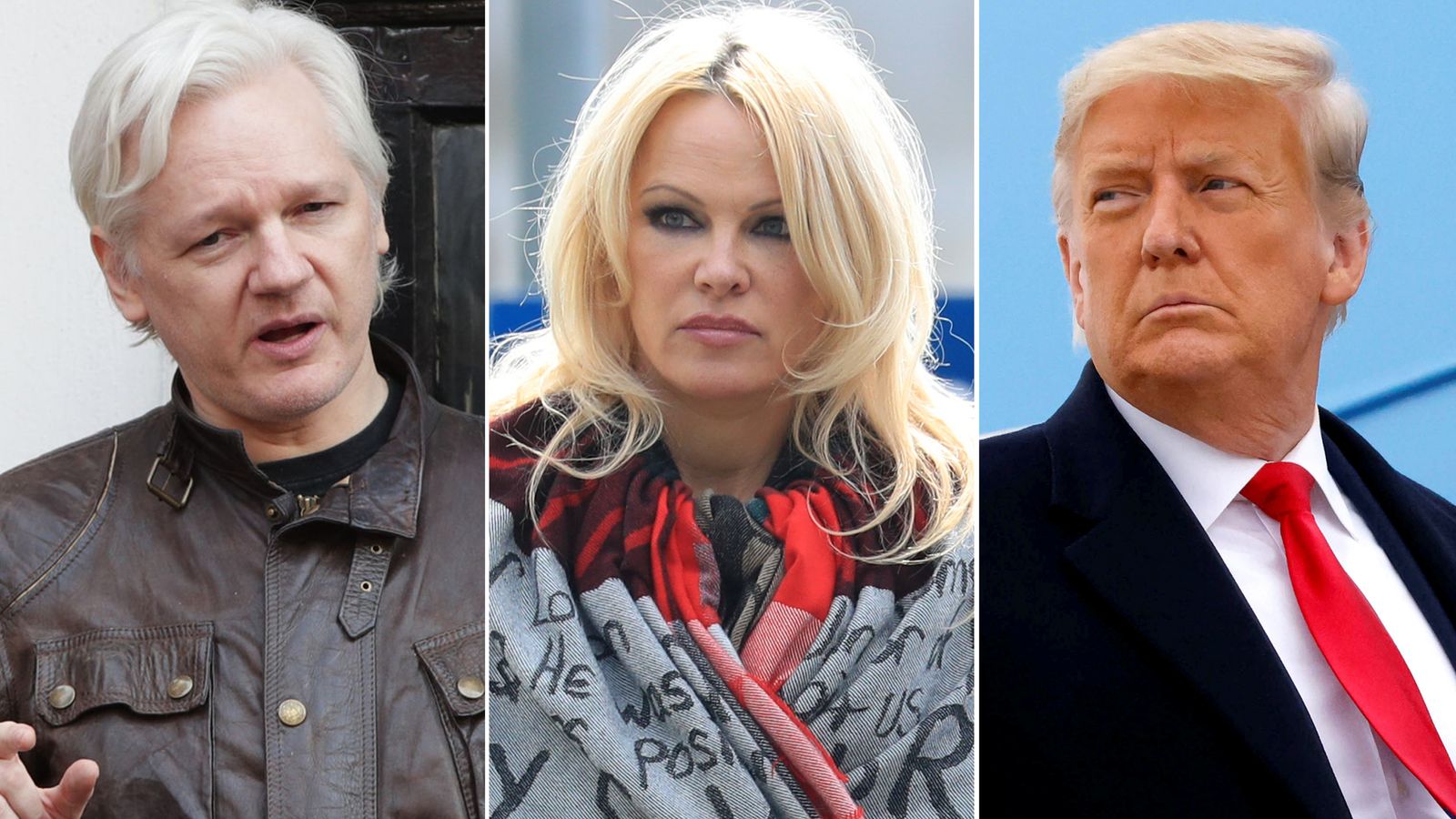 “Do not go gentle into that good night. Rage, rage against the dying of the light.” - Dylan Thomas
"Those who can make you believe absurdities can make you commit atrocities." - Voltaire
“Nobody's slave, nobody's tyrant." - Generallöjtnant Jakob Albrekt von Lantingshausen

syrup said:
What's the betting Creepy Joe will pardon him?
Click to expand...

Only if his hair smells nice...

"Myth, Fact, and the al-Dura Affair"