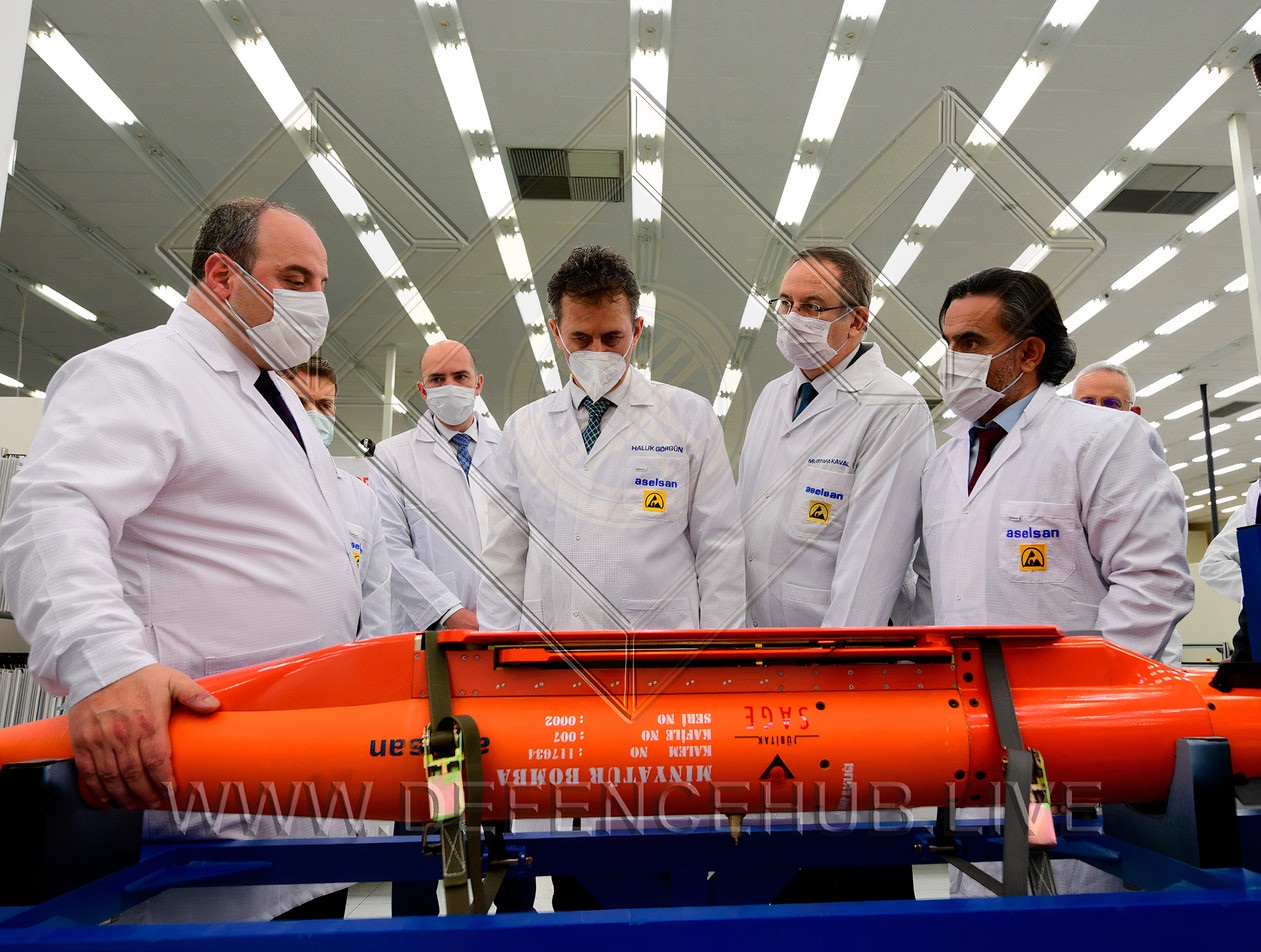 Contract negotiations were initiated between the Presidency of Defense Industries (SSB) and Aselsan for the procurement of the Miniature Bomb, which is currently under development.

Within the scope of Miniature Bomb development activities, the firing tests that started in December 2019 continue successfully.

The Miniature Bomb, which is similar to its foreign counterpart GBU-39/B, is approximately 180cm in length and weighs 145 kg. Up to 4 Miniature Bombs can be carried on a single external wing pylon of an F-16 aircraft with the Smart Pneumatic Quad Rack (Similar to BRU-61/A), developed as part of the Miniature Bomb Development Project.The Miniature Bomb, which is planned to have two different warheads (kinetic penetrator and fragmentation) is expected to be integrated into indigenous aerial platforms such as AKINCI, AKSUNGUR, MMU/TF-X (National Fighter Aircraft), HÜRJET, and HÜRKUŞ in the future.

Within the scope of the Miniature Bomb, also known as the National SDB (Small Diameter Bomb) Project, which is a TÜBİTAK 1007 Project carried out with the cooperation of Aselsan and TÜBİTAK/SAGE, the first live-fire test on a target was successfully performed on December 12, 2019, with an F-16C Block 40 Aircraft belonging to the 401st Test Squadron of the Turkish Air Force. With this successful test, a significant threshold has been passed in the Certification/Qualification process, paving the way for the serial production phase.


Under the project, which was launched on December 1, 2012, and planned to be completed in 60 months, the warhead of the Miniature Bomb, which resembles the Boeing GBU-39/B SDB munition, was developed by TÜBİTAK/SAGE while the Smart Pneumatic Quad Rack, fins, folding wings, and electronic guidance unit was designed by Aselsan (Altınay Aerospace).

The design phase of the GPS/INS-guided Miniature Bomb, which is effective against long-range targets and can penetrate reinforced concrete, was completed in December 2017, and certification tests were started later. Following the production of the prototypes to be used in the certification phase, necessary ground tests for flight safety were launched in 2018. Prototype production and ground tests of the Smart Pneumatic Quad Rack (SPQR) capable of carrying four Miniature Bombs at the same time in a single external wing station were completed in 2018. In this context, various ground tests such as vibration, electromagnetic compatibility (EMC), functional compatibility, and static release tests (over a thousand different separation scenarios were defined for the Miniature Bomb, and each scenario had to be repeatedly tested during the development process) were successfully completed before October 2018. An F-16 aircraft that is equipped with two SPQRs (each carrying 4 Miniature Bombs) can engage and destroy eight soft stationary targets at 100km (55nm) and penetrate 1m thick reinforced concrete (5,000psi) targets at 55km (30nm).


The operational effectiveness of the Miniature Bomb (National SDB), which currently has only INS/GPS guidance, will be further increased with the addition of a two-way encrypted data link and different types of seekers (Laser Seeker with a four-level laser sensor similar to TÜBİTAK SAGE CAMGÖZ CG-178 + Imaging Infrared (IIR) Seeker).
Official Account of DefenceHub