Another judge loses the plot?

I particularly like: "... the Humpty Dumpty character in Lewis Carrolls Through The Looking-Glass, who said words meant whatever he wanted them to mean. She said: The judiciary are taking the Humpty Dumpty view, and it risks undermining confidence in the legal system. "

Daily Mail said:
Shout at your spouse and risk losing your home: It's just the same as domestic violence, warns woman judge 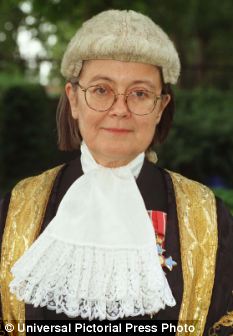 Men and women who shout at their partners risk being thrown out of their homes under a sweeping ruling by judges yesterday.
Raising your voice at a husband or wife, or a boyfriend or girlfriend, now counts as domestic violence under the landmark Supreme Court judgment.
The decision also means that denying money to a partner or criticising them can count as violence and bring down draconian domestic violence penalties from the courts.
The Supreme Court made its decision in the case of a woman who left her husbands council flat and then demanded a new council home.
She said she left because she had suffered domestic violence  even though her husband had never harmed her.
Lady Hale, leading a bench of five justices, said the definition of violence must change so that a range of abusive behaviour now counts in law.
The decision will affect domestic violence and family law which has given the courts powers to throw someone out of their home if their partner accuses them of violent behaviour. Until now violence has always had to mean physical assault.
The judges were hearing the case of Mihret Yemshaw, 35, who said she had been subjected to domestic violence and was entitled to be rehoused under the 1996 Housing Act.
Officials in Hounslow, West London, turned her down after hearing that her husband had never hit her nor threatened to do so.
Mrs Yemshaw told them he had shouted in front of their two children, failed to treat her like a human, had not given her housekeeping money, and she was scared he would take the children away from her.

A woman does not have to be physically attacked to be the victim of 'violence' - but could be shouted at repeatedly, the Supreme Court ruled.


Lady Hale said the meaning of the word violence had moved on since Parliament passed the Housing Act.
The word is capable of bearing several meanings and applying to many different types of behaviour. These can change and develop over time. The judge added that it is not for Government and official bodies to interpret the meaning of the words which Parliament has used. That role lies with the courts.
Lady Hale said that according to the dictionary, violence means physical attack, but can also apply to extreme fervour, passion or fury.
One judge, Lord Brown, said he had a profound doubt as to whether the domestic violence provisions were ever intended to extend beyond the limits of physical violence. 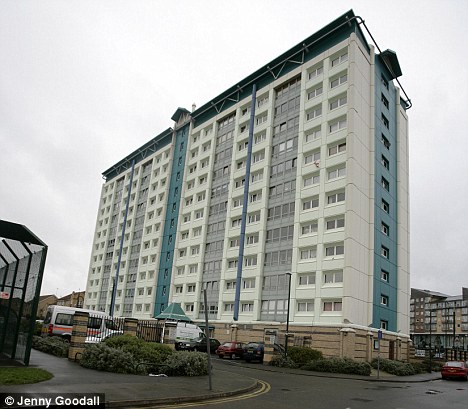 'Thrown out': The former home of Mirhet Yemshaw in Feltham, west London

The judgment means that Mrs Yemshaw will now have her case reconsidered by Hounslow. It will also apply to a wide field of legislation, including the 1996 Family Law Act which allows people to be ejected from their homes if their partners complain of domestic violence.
The decision comes at a time of growing concern over the powers of senior judges and their willingness to alter laws made by Parliament.
Family law expert Jill Kirby yesterday drew a comparison between the ruling and the Humpty Dumpty character in Lewis Carrolls Through The Looking-Glass, who said words meant whatever he wanted them to mean. She said: The judiciary are taking the Humpty Dumpty view, and it risks undermining confidence in the legal system.
Mihret Yemshaws husband told the Daily Mail last night he had never been violent towards his wife who, like him, was born in Ethiopia. They married in London ten years ago.
Samuel Estifanos, a 40-year-old bus driver, claimed she left the flat where he still lives because she was unhappy. He added: I never hit her and I never even screamed or swore at her.

A
The Darwin Awards