bumhole said:
It was a (obviously failed) attempt as sarcasm.

I thought the post was great!
Do not go gentle into that good night.

If you're looking for somewhere decent to stay there's a rather good bed & breakfast down at the end of The Mall. There's always a spare room and the landlady, Brenda, is really nice too.
To the just and virtuous man, death has no terrors equal to the stain of falsehood and dishonour.

Nice photo of a galaxie though. Australia had a ford galaxie but it didn't look like that.

Edit: apparently it did look like that. The ones I knew were later models up to the mid 70s.

Jimmy_Green said:
If you're looking for somewhere decent to stay there's a rather good bed & breakfast down at the end of The Mall. There's always a spare room and the landlady, Brenda, is really nice too.
Click to expand...

And at the other end of the mall there is another B&B run by an old girl called Liz and her Greek husband. It's first come first served and no bookings, so bang on the door and ask for a room.

Liz is Brenda, BH...
Bravo Bravo sets himself a depressingly low standard which he consistently fails to achieve.

God I'm so dumb tonight. It's almost one and I had a few whiskeys after dinner.....

Jimmy_Green said:
If you're looking for somewhere decent to stay there's a rather good bed & breakfast down at the end of The Mall. There's always a spare room and the landlady, Brenda, is really nice too.
Click to expand...

Billy Maher had an amusing little tune to that effect on Radio Merseyside in the 90s.

bumhole said:
It was a (obviously failed) attempt as sarcasm.

Someone else clearly didn't though!
Plan for success, of course! But do not ignore the possibility of failure. Always keep a retreat route open and secure, else all be lost and perish.

Spank-it said:
The OP had the misfortune of @Drivers_lag getting the 1st reply in which as you know usually sets the tone for the rest of the thread, had an Arrse Ossifer replied first this thread would have been nowhere near as funny.

I have a feeling the OP is now scrambling to redact his request for transfer and is typing 'anywhere other than United Kingdom' over the top of the original.
Click to expand...


maybe theres a reason he is being sent here !!!!
NULL


Footnote. This was a very poor attempt at sarcastic humor by bum hole. It was in no way intended to imply that Taff49 owned, or had access to, a 1968 ford Pinto. Furthermore bum hole now accepts that the Ford Pinto was not manufactured in the year 1968.

We therefore apologize on behalf of Bumhole for any inconvenience this post may gave caused.

GalvanizedYankee said:
Finally, any advice on London real estate? My housing allowance is about 2300 pounds per month (more than my base pay!) which seems to be enough to get a decent place that will fit me and my books.

I've got the perfect place for you!

(if you don't mind a small commute).
Do not go gentle into that good night. 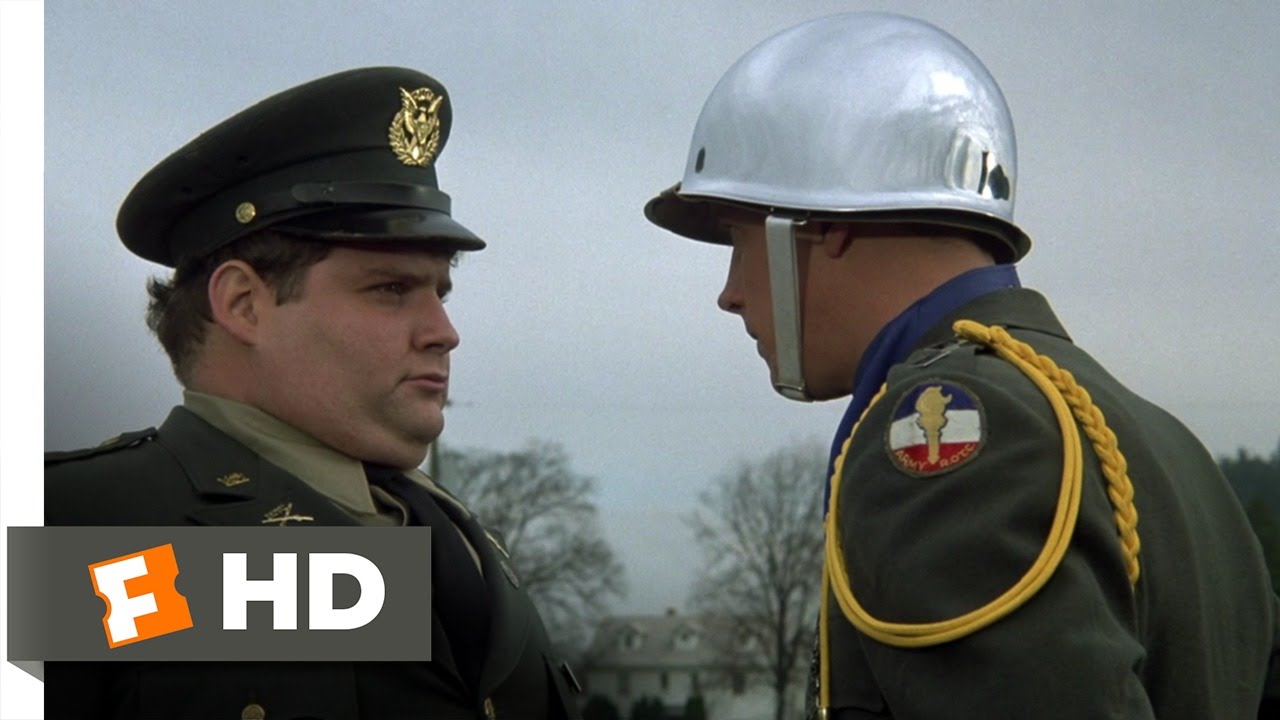 Sarastro said:
[Clubs] are expensive and also expensive, and at your level, largely pointless. Mostly for middle aged businessmen or retired Colonels. If you have reciprocal membership, simply phone up those clubs and ask what their policy is. If you are in the Cavalry, I'm sure there will be somewhere around that will look after you. Generally they expect you only belong to one club, however. They are absolutely not the way in to any kind of social scene you really want to be part of, unless you have progeria. Your university campus will be a much better bet.
Click to expand...

If you have a reciprocal membership with them, it is worth your while to visit and introduce yourself to the Club Secretaries. You're not limited to just one club, btw, most people I know are members of two or three; previously this was out of necessity, as access was denied to non-members, but now most are happy enough for members of other clubs to attend events and even dine to bring in revenue. They all have various events, which reciprocals are allowed to attend (and pay the same fees as members, if any are payable). Not everybody is a middle aged businessman or a retired Colonel, there are some middle aged businesswomen and retired Admirals, too... One is also likely to run into young artists/City types, serving junior officers, Chiefs of Staff from all friendly nations (and some unfriendly ones, usually a warning is given if e.g., a Russian enters the bar), Padres, D-Day veterans, and all kinds of other people whose clubs are using the premises, after theirs was sold off.

By 'club', btw, I mean the likes of the Naval & Military (aka, The In & Out), the Cavalry & Guards and the Army & Navy (aka The Rag), not the purely accommodation/eating & drinking ones, such as The Victory Services Club or the Union Jack Club. A young American officer is likely to receive a warm welcome in the former ones, and will find others there doing post graduate research in War Studies.

The Rag tends to attract an older and purely military crowd, but the In & Out (my favourite) has an average age of 45 and events are usually attended by the younger members. One I attended a few weeks ago ranged from about 25 to about 45. A lot of the London clubs have joined together to arrange events for all young members from various clubs, not just from the services ones and these events are very lively.

They also have excellent (military) libraries and the librarians can find you books from their network of other libraries, not necessarily in London or even in the UK. They're more than happy to order a book in for you from the publishers, if no library has a copy and you need one for your research.

They also have good and inexpensive dining: a three-course meal of excellent standard sets one back £25. Most have accommodation at about £70 per night, which may be helpful should any family want to visit and your flat is too small. Some have gyms, too, and squash courts, all of course free for the members. The club staff are very helpful and have connections all over the place, so if you want to try something different, they may be able to make the necessary introductions...

Edit: Oh, and they're not that expensive, a few hundred quid a year. Which isn't too bad: where else can one go after work and have a barman greet one by name, followed by, 'The usual, Sir?'. If your usual is one they don't normally stock, they'll order some in just for you.
Last edited: 2 Aug 2014

To the OP, i live in london and am happy to offer advice on possible areas to rent /avoid.

Also i would look to make contact with some of the many US military based in London. There are a lot here and they are bound to have some good advice and links via the embassy or elsewhere.

PM me and i'll try and send you some more details!

Ruckerwocman said:
No, he said a 1959 Ford Galaxie and this is one of those. Not the biggest car made in 1959; that honor would go to the 1959 Lincoln, but it is plenty roomy. Even on US highways it filled up the space available. A well preserved example would be a joy to see on a UK road, but I Imagine spares (if you can find them) would be pricey.

A Ford Pinto would be a smaller car and more at home on UK's roads but not as satisfying to drive. And they were only built from 1971 to 1980 anyway. 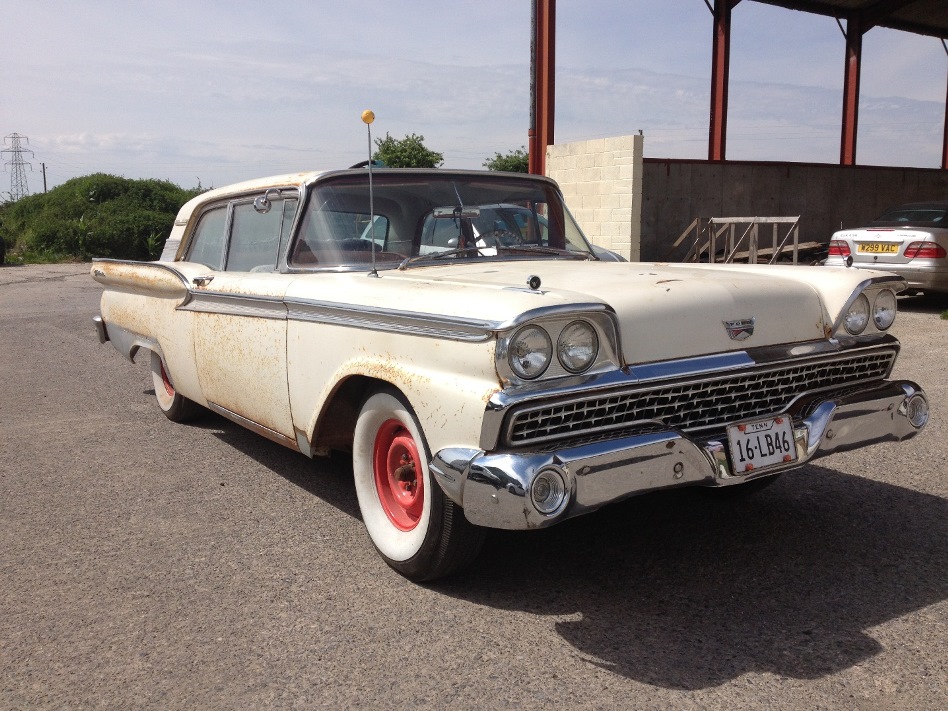 and spares are easy to find if you know where to look.

Hang up the chick habit. Hang it up, daddy,

Kit Reviewer
Book Reviewer
Have you thought about an exchange programme with a London TA unit?

Just go along and see what you can jack up. We had a Canadian student officer dude who came and dossed with us at the HAC for a year just for shits and giggles.
One cannot begin to fathom the immensity of the **** I do not give.

Just dress like a tw@t , it's London. Nobody will give a toss.

and spares are easy to find if you know where to look.

8 mpg, and fossil fuels are yummy
Click to expand...

Yes, I thought there was some Arrser on here who had a "Yank Tank".

I remembered a post on another thread. As I'm sure you know, you are not alone either as American iron is popular over there. 8 mpg though - goof grief! Are you driving around with the parking brake on or the car in 2nd gear? Even late 50s Detroit V-8s gave better mileage than that. Hence, no doubt, your jesting request to the OP to bring over some tune-up parts.

To the OP: jim30 has some good advice. I'd take him up on it. True dit.
Now shrivelled hags, with poison bags,
Discharge your loathsome loads!
Spit flame and fire, unholy choir!
Belch forth your venom, toads! - The Sorcerer - W.S. Gilbert
BG Stand Watie, CSA approves this message.

Ruckerwocman said:
Yes, I thought there was some Arrser on here who had a "Yank Tank".

I remembered a post on another thread. As I'm sure you know, you are not alone either as American iron is popular over there. 8 mpg though - goof grief! Are you driving around with the parking brake on or the car in 2nd gear? Even late 50s Detroit V-8s gave better mileage than that. Hence, no doubt, your jesting request to the OP to bring over some tune-up parts.

it's a little better than 8mpg, that's a stock line for the plebs who take one look and ask "bet she's heavy on fuel, eh? eh?"
I reckon the brand new carb will get me 20-ish if I stay off the drag strip. which I won't.
Arte et Marte (twist to open)

Hang up the chick habit. Hang it up, daddy,