The 25 Most Mysterious Archaeological Finds on Earth

These finds have stumped scientists and captured imaginations. 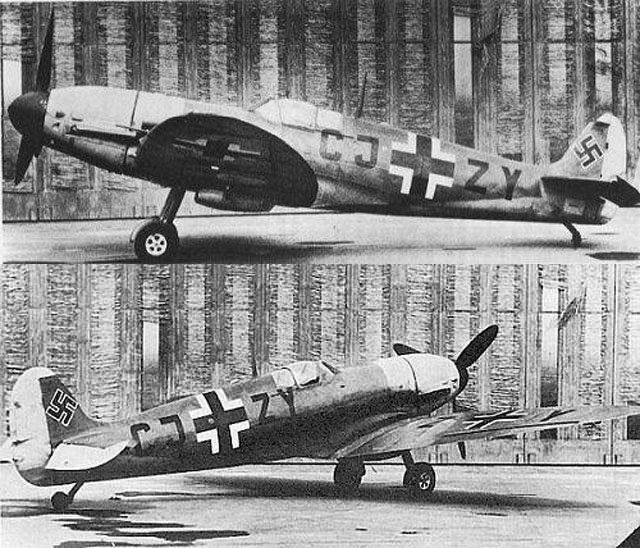 Looks like it has been re-engined, probably with something out of a BF109. Thrust line is too low for a Merlin and it looks like a 109 propeller. Cowlings changed as well. 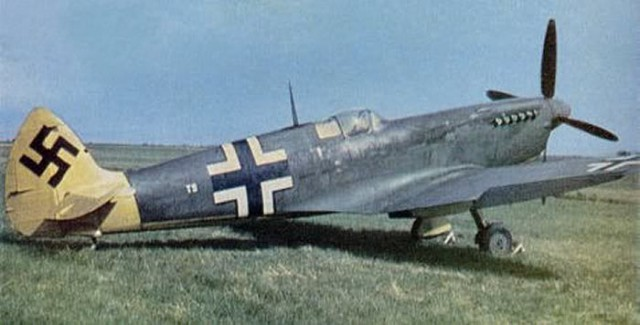 Ciggie said:
Another classic bit of Luftwaffe kit. I have always liked the WWII German materiel...if that's the right word... by and large better designed than our and septic stuff...although the Spit, the Mozzie most of all, the Septic Lightning and as a workhorse, the Lanc. were all tops.


Edited to add..I had a stopoff at some provincial Spanish airport in the early 80s, can't remember where, could have been Valencia...might actually have been at Sevilla going to see someone off with the then gf, but I do remember an He 111 on display...thanks Franco, and his pal Adolf.
Click to expand...

By the 80's the Spanish airforce had run out of spares for their Jumo engines and fitted Rolls Royce Merlins.
Rolls had a team at Hucknal who developed a 'power egg' for the Merlin that simply bolted onto the front of the wing and turns up all over the place. 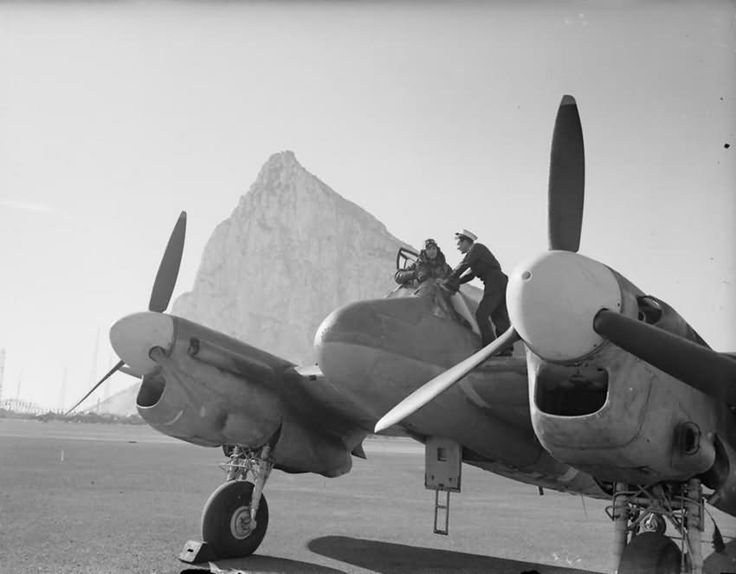 Originally for the Beaufighter II, then the Lancaster and finally the He III - ironic or what!
C

OneTenner said:
AstraZeneca has claimed victory in its bitter legal spat with Brussels over jab supplies after a court ruled that it did not need to speed up vaccine deliveries.
Judges in Brussels threw out European Commission demands for immediate delivery of hundreds of millions of AstraZeneca jabs on the grounds that the company was struggling with "unprecedented" difficulties.
The FTSE 100 company said the court had ruled it needed to deliver just 80m doses of its Covid vaccine before the end of September. AstraZeneca said it would "substantially exceed" that number having already supplied the EU with more than 70m doses.
The court-dictated target is significantly below the 300m does by June 2021 agreed under the initial deal, which was later lowered to 100m.
Under the ruling, the European Commission said AstraZeneca needed to have delivered 15m doses by July 26, another 20m by August 23 and a further 15m by September 27.
If the company fails to meet the latest delivery schedule, as set out by the court, it will be fined €10 (£8.4

per dose not delivered - less arduous that the €10 per dose per day penalty that Brussels' lawyers had sought.
The ruling is a major moment in the bitter row between the pair that has centered around vaccine deliveries. Tensions flared earlier this year amid the lagging vaccine rollout across the EU.

Brussels had argued that AstraZeneca should deliver at least 120m doses of the vaccine by the end of June. It had said the drugmaker should start supplying the EU from its UK factories, where the jab rollout was moving much faster, to meet the "best efforts" clause in its contract.
On Friday, AstraZeneca said the judge ruled that the EU had no exclusivity or right of priority over other countries that the drugmaker had struck deals with.
"The judgment also acknowledged that the difficulties experienced by AstraZeneca in this unprecedented situation had a substantial impact on the delay," a company spokesman said.
However, lawyers for the European Commission said future AstraZeneca jabs could now come from an Oxford Biomedica plant in the UK.
In the ruling, the judge appeared to partially uphold the European Commission claim, finding that AstraZeneca had not made its "best reasonable efforts" to deliver the vaccines by excluding the British factory.
Ursula von der Leyen, the European Commission president, said the ruling was a "good result" for Europe.
"The court judgment ordering AstraZeneca to deliver 50m doses is good news for our vaccination campaign," she said.
"It is also a clear recognition that our advance purchase agreements have a sound legal basis. Our vaccines strategy delivers." 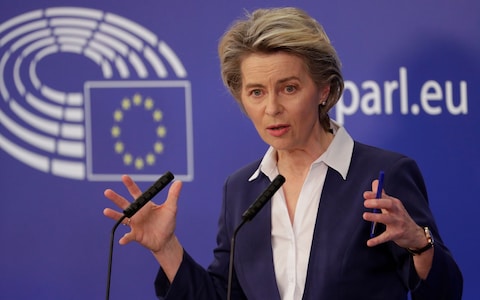 Ursula von der Leyen, the European Commission president
The vaccines are set to be delivered amid a major surge in vaccine supplies in Europe, with member states already set to receive 413m jabs in the three months to the end of June, and another 529m vaccines in the three months to September, most of which are made by Pfizer, Moderna and Johnson & Johnson.
Take-up of AstraZeneca vaccines has been lower than other jabs following concerns over blood clotting earlier this year. In France, for example, studies have suggested that fewer than six in ten people offered the Astra vaccine have had it, compared with 99pc for the Pfizer jab.
Nevertheless, the European Commission said EU member states were still "keen" to receive AstraZeneca shots.
Lawyers said the need for these vaccines had increased since Thursday, when the Curevac vaccine was found to be only 47pc efficient, meaning it would not be able to yet receive European Medicines Agency authorisation.
The EU was due to receive 200m Curevac jabs immediately. One Commission lawyer said this meant that the need for AstraZeneca shots was "heavy".
The Commission is expected to analyse the situation before deciding on whether to proceed with a second legal case seeking financial penalties for the delays to the vaccine supply.
Click to expand...

The Eastern Europeans are not happy.

Was Stella Kyriakides aware that she signed a bad deal?

And they seem to be trying to pull at a ‘loose thread’!

The 25 Most Mysterious Archaeological Finds on Earth

These finds have stumped scientists and captured imaginations.

I'd have to argue the point of the headline in that link.
Cleopatra's tomb, Noah's ark, Atlantis and The ark of the covenant.
Non of those 4 have actually been found!
SOMETIMES THE BEST THINGS ARE HIDDEN UNDER PILES OF RUBBISH.

Kirkz said:
I'd have to argue the point of the headline in that link.
Cleopatra's tomb, Noah's ark, Atlantis and The ark of the covenant.
Non of those 4 have actually been found!
Click to expand...

ExREME.TECH said:
nit picking, I thought you would enjoy 21 items
Click to expand...

I ebjoyed the article immensely Mukker, but stating 25 finds when 4 haven't been found is stretching it a bit, imho.
SOMETIMES THE BEST THINGS ARE HIDDEN UNDER PILES OF RUBBISH.

Ciggie said:
Further to the Stuka bit...it must have been terrifying to be on the recieving end of a Stuka attack in the field...but at Dunkirk ? Great clip...

The bastards didn't have it all their own way, the royal artillery lads knew a thing or two about hitting moving targets
They calculated that once the stuka pulled out of its dive (all done with a mechanical computer as the pilots blacked out) for a few blessed seconds 10 Tonne of aircraft slowed right down as the prop and engine struggled to gain height
At which point they shot the bastards up the arrse with their Bofors guns
The kill rate was so high that Stukas were soon. Withdrawn, imagine being the following pilot and seeing the first aircraft explode and lose its wings, then smash into the ground at 90 mph!
Captured Luftwaffe records post war proved the accuracy of our gunners
Causing many pilots to abandon their mission and the top brass to shift them elsewhere!
Those Woolwich boys knew their stuff bless em
Last edited: 19 Jun 2021
NULL

Now where's that walrus now that we need him ?
Old linemen never die
We just smell that way .

Londo said:
Now where's Jaws now that we need him ?
Click to expand... 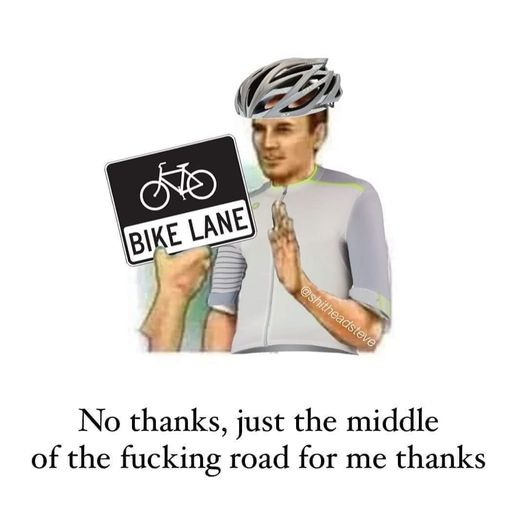 I fail because I cannot be bothered to keep track of what the useless cnuts are doing to **** this country up.
D

Failed Cash In Transit Heist After Action and Ballistic Analysis​

Kirkz said:
I'd have to argue the point of the headline in that link.
Cleopatra's tomb, Noah's ark, Atlantis and The ark of the covenant.
Non of those 4 have actually been found!
Click to expand...

I'm not sure about your last item on the list. Going on what's admittedly millenia-old oral and written tradition, the Ark ended up in the Kingdom of Axum, and is now somewhere in Ethiopia's Christian churches.
If something doesn't fit in a hole, then one should stomp, stomp, stompity stomp on it until
it does, then walk away whistling "Spanish Harlem"

Is she left-handed in her day job too?

Asking for a friend.
M

Ciggie said:
Apparently the taste for antifreeze before sparking up and during flight is something of a tradition amongst pilots of the former soviet union. Rumour has it that quaffing a half-pint of it is de rigeur before taking the qualifying exam....
Click to expand...

Rumours, I am sure untrue, were that they were drinking the fuel. 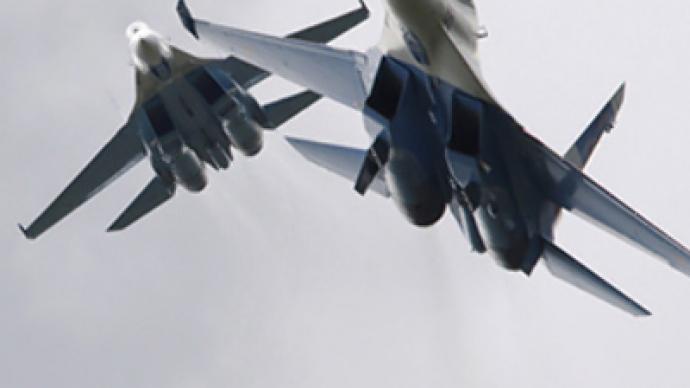 Three Russian engineers who worked for aircraft producer Sukhoi were found dead in their apartments at an Indonesian air force base on Monday morning.

Some people will get pissed whatever the drink is. I have hand sanitizer that would not make you go blind that I sanitize my hands with.
Where is that "You have enough clean water to shit in it" meme.