Alexander, the very name instantly conjures up visions of epic conquests and huge changes in the ancient world before dying young before he could consolidate his massive new empire. But what came after him? Most people know that the Empire broke up but what actually happened to the various parts? That is the question this book attempts to address. 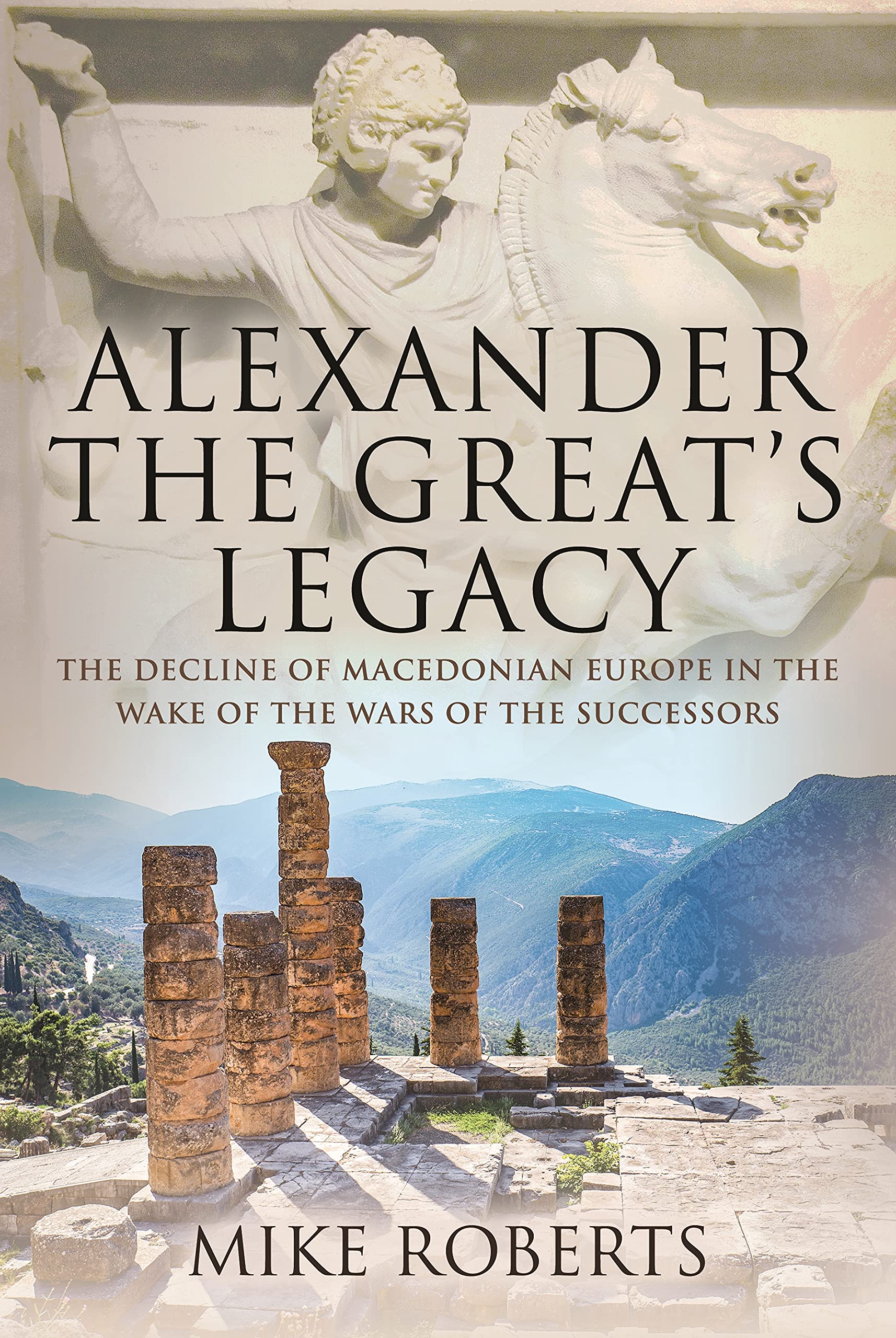 The book takes us through the immediate aftermath of the constituent parts and the different characters and the conflicts that dominated the Post-Alexandrian world from his death in 323 BC to the death of Pyrrhus in 272 and the second ascendency of Antigonus to the Macedonian Crown. It covers the division and wars between the four major areas Seleuclid, Egypt, Lysimachus' Empire and the Greek world, with emphasis on the latter. The narrative follows the major characters and their conflicts as they struggled to carve out the biggest chunk of the Hellenistic world that they could. It also covers the virtual eclipse of Athens and the acceleration of the Spartan decline, setting the scene for the Greek confrontation with, and eventual conquest by Rome.

This book is definitely informative and I learned quite a bit about the constant wars between the characters and what actually happened. The author is quite good at explaining the characters and motivations and how they were seen at the time. He does explain considerations that underlined their thinking and had me nodding my head at times, and opened my eyes to the extent of depravations of the Celtic invasions and their importance as mercenaries and a force in these times. As a chart of the decline of power and predominance of the Athenian-Spartan world, the Macedonian preponderance, their decline and recuperation again and the setting up for the confrontation with Rome the book is actually quite good and informative. His descriptions of military actions are also quite good and reasonable not just from the leaders point of view but also from the ground up.

That said the book could have been much more, at 268 pages of text the book has to be limited in scope and the tapestry that it has to cover is vast. It does not cover what happened to the Eastern Mauryan parts of the Empire which would have been useful to know even if just briefly.
He takes the major characters and devotes a section to each, which is not a bad idea as it gives some form of depth to each one. But after a while the book drifts to concentrating on Greece and Macedonia's place in it and the eastern areas are seemingly forgotten. Personally I would have liked to know more about what happened in the Persian lands and more about Egypt while the Greek world was, as usual, at each other's throats. In this sense I found the book incomplete and an appendix with a timeline as to what was happening in all parts of the Alexandrian Empire concurrently would have been a major help. The author is obviously a Greek/Mediteranean inclined Historian and his inclination shows.
Also due to the number of characters and places, a form of a glossary would have been valuable as I did find myself with a mobile phone next to the book especially at the beginning until I got into the story. Futhermore I found the maps to be extremely basic and of quite limited value with my phone being often more useful. I would have wanted to see some colour maps covering far more scope than those provided to give a far clearer mental picture. Again, detail of the East was a major lack. Also the book could have done without the photos which apart from an initial glance added little to my understanding or enjoyment.
The Epilogue is where I have my biggest problem with this book, his conclusion setting up the confrontation with Rome and the latter's inevitable superiority could have been written far more concisely. However he goes too far into speculation and alternative history bringing in modern comparisons with the Kennedy assasination comparing what would have happened if he had lived and if Philip II had lived and Alexander his heir. It is reasonable to speculate what would have happened with Philip's continuation and limit in adventure and future with Rome, but I consider that modern comparisons are out of the scope of the book. At one point the author brings in comparisons with Ajax of Amsterdam and Real Madrid of the Galactico times, which seems to me to be exteremely frivolous and being of limited value, as not that many readers, especially outside Europe, will understand the comparisons and as time passes fewer people would know that. It does detract from the quality of the work.
One important point he fails to address in Legacy is how Alexander is seen throughout History, and how many people tried to emulate him or attach themselves to his glamour.
Within his diversions he goes into Phalanx versus Legion which I suggest should form the basis of his next book and has less place here.

Despite all that, I would recommend the book to anyone who wants an idea of what happened after Alexander, though a serious student will be left wanting to know more about the eastern empires. I did learn so to that extent the book is useful and at times enjoyable reading.
Three mushroom heads.

Finally I would like to add an abject apology for the time taken to produce this review due to various circumstances.

Kit Reviewer
Book Reviewer
Reviews Editor
No need to apologise @Dwarf . It's meant to be fun, and life does get in the way sometimes.
And this you can see is the bolt. The purpose of this
Is to open the breech, as you see. We can slide it
Rapidly backwards and forwards: we call this
Easing the spring. And rapidly backwards and forwards
The early bees are assaulting and fumbling the flowers:
They call it easing the Spring.
They call it easing the Spring: it is perfectly easy
If you have any strength in your thumb: like the bolt,
And the breech, and the cocking-piece, and the point of balance,
Which in our case we have not got; and the almond-blossom
Silent in all of the gardens and the bees going backwards and forwards,
For today we have naming of parts.