The Russian manufacturer of the AK-47 assault rifle has unveiled a new look for its guns, as well as a new logo, at a glitzy event in Moscow.

The company is also branching out into fashion, launching a line of branded survival gear.
The firm, which relies heavily on the export market, is among the targets of Western sanctions imposed over Russia's role in the Ukraine conflict. The Kalashnikov, or AK-47, is one of the world's most recognisable weapons. 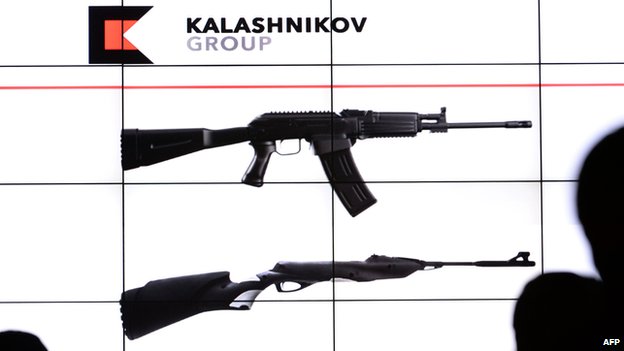 fltpilot said:
The Russian manufacturer of the AK-47 assault rifle has unveiled a new look for its guns,
Click to expand...

So What Do We Think of the New Kalashnikov then?
I knew it. I’m going home in a bag. It’s always the Corporal that gets blown up first.
Cpl Pez