I have known David Potts since 1986 when I was his BK and he commanded 24 Irish Battery. We had lunch after his return from his tour of Afghanistan in 2005 as the one star commander overseeing Provincial Reconstruction Teams. These were small outposts located in key provincial centres across much of Afghanistan.

He said he thought that the Afghans had given the coalition four years to see what they would do. They might give us a few more years grace, but needed to be on the winning side, as if the Taliban came back. I recall him saying. None of the Afghans I meet in the bazaars complain about the Taliban, warlords, or narcotics – our security concerns. They all want basic medical care, clean water, food in the market, and schools for their children. They are vexed by corruption and by remote and ineffective officialdom. These aren’t military issues. This is the background to his remarks. It is based on his diary and contemporary notes. It is thought provoking in the light of the subsequent events. 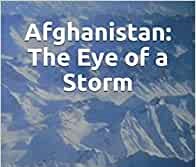 ​
His experiences were far removed from the violence, injury and losses of those who served later in a combat role. He does not refer to any sensitive content, so this reads as much a travelogue as a classic military memoir.

Lots about Afghan history, and the description of Alexander the Great as mad as a box of frogs is spot on. The author's passion for the country and sympathy for its people shines through.

Amazon product
Last edited by a moderator: 1 May 2021
Click to expand...

I will be getting this, thanks for the review it matches what Afghans were telling me in the early years.
'There is much to learn from the British: their reticence about disclosing details, their clear expertise in human intelligence, their non-hysterical reaction to very real threats. Many Americans may have an inferiority complex about things British -- the refinement, the style and, of course, those accents' -

After the Wall Came Down : Soldiering through the Transformation of the British Army, 1990-2020