Sorry if this is posted elsewhere but this cnut just Fecks me off...

Foreign office minister Geoff Hoon has responded to claims British forces in Afghanistan are "overstretched" and said the mission is going as planned.
Mr Hoon, defence secretary in the 2001 invasion, said the resistance curently being faced in the south had been anticipated and "always...planned for".

Tory MP Sir John Stanley had told MPs in a Westminster debate that UK troops were "more than pulling their weight".

But, he said, they were undermanned and lacked vital equipment.

Sir John, who visited Afghanistan six weeks ago with two other members of the Commons foreign affairs committee, told MPs during the Westminster Hall debate that Britain was "right" to be in the country.

And he warned: "Unless we get on top, satisfactorily, of the security situation in Afghanistan we are not going to be able to achieve long-term stability for that country."

British, American and Canadian forces were "more than pulling their weight", he told MPs.

But Nato forces were too "thinly spread" in the south, putting them in "constant vulnerability of finding themselves significantly outnumbered" by Taleban fighters.

He called on the government to exert more pressure on other Nato countries deployed in Afghanistan to lift their restrictions on sending troops to the south of the country.

But he also criticised UK Prime Minister Tony Blair, who he said had failed to deliver on his promise to give British troops all the equipment they wanted.

"There is little doubt that the present government's reductions of the size of the British army and an insufficiency of operational aircraft, particularly helicopters, is producing profound overstretch, as between Iraq and Afghanistan," said Sir John.

There were too many troops in Iraq, in the context of what they could realistically achieve, and not enough in Afghanistan, he added.

He also called for greater efforts to fight corruption in the Afghanistan government.

"There is very serious, and I think it would not be no exaggeration to say, all-pervasisve corruption within the Afghanistan government," Sir John told MPs.

He called on British troops to be withdrawn from Helmand province, in the south of the country, as they faced an "unattainable" mission.

Conservative MP Geoffrey Clifton-Brown said the coalition's aim of handing control over to the Afghan police and army by 2010 was "vastly over-optimistic".

In reply, Mr Hoon said MPs were being too pessimistic about progress in Afghanistan and he praised the way Afghans had "effectively rebuilt their nation from scratch" since 2001.

The "key state institutions are now in place" the economy was growing rapidly, five million children, 37% of them girls, were in school and "much of Afghanistan is at peace", Mr Hoon told MPs, but he conceded "challenges remain".

"We cannot win in Afghanistan through military action alone.

"There is a need to extend the rule of law and the writ of the democratically elected Afghan authorities across those parts of the country where there are still challenges.

"The Afghan government wants and needs to take responsibility for the security of its country and its people as soon as it can.

"But until a new Afhgan national army and a reformed Afghan national police force have been trained and equipped and are fully deployed, international forces will need to remain in Afghanistan."

Asked if there were enough troops in Afghanistan, the Europe minister insisted military operations were going to plan.

"We always anticipated that the resistance, particularly of the criminal and terrorist elements in the south, would be one of the most difficult problems, so it is not surprising that we are facing those kinds of attacks in the south.

But he conceded corruption in the country's government "remains a major challenge".
The irregular verb TO LEAK - I give confidential briefings, you leak, he's being charged under section 2A of the Official Secrets Act.

So just why was this person sacked again?


ps what's he minister of now? handjobs?
Can such heavenly breasts such strong passions feel? 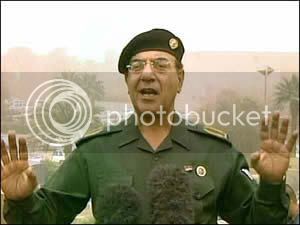 The Rt Hon Geoff Hoon, MP, yesterday.
"If you ask me, this country could use a little less motivation. The people who are motivated are the ones causing all the trouble. Stock swindlers, serial killers, child molesters, Christian conservatives... these people are highly motivated." -George Carlin

Lol Crab, you should pop into 'Afghan fighting' sometime - we could do with a laugh there...

Tea and toast all over monitor
I aint flying in no plane....FOOL

Hoon went to the same Nottingham School as Ken Clarke and Ed Balls.............like Clarke he is a lawyer...........and lawyers tell lies for their client in return for a Grace & Favour apartment and tables at the best restaurants.

To be fair it is going to plan.

The plan was to tie up large amounts of service personel and make sure that the media has something to look at while the Govt. introduce lots of dodgy "terror laws" and generaly fcuk up the country. Job done.
"Duncan Ferguson elbowed me in the neck three times and I was beginning to get a bit angry. I swore at him in Austrian and I know he couldn't possibly have understood it. Even so, he suddenly swung round and thumped me in the stomach. He got sent off, but I began to appreciate how he earned his reputation as a hard man. It was a nice punch, I have to say."

Maybe he can go out and lead a few patrols then - after all , have they fired a shot yet ??

Any doubts that this man is a fool have now been removed - but this sort of fool costs lives.
Mag to Grid - Get Rid

Why does an ex-RM Commando Paul Farthing feel it's important his staff should be evacuated?
117 118 119