Lardbeast said:
The woke don't do irony.
Click to expand...

Nowt to do with being "woke".

It'll be some attention-seeking 19-year old student politics tw*t, probably from the Socialist Workers Students Society, rebelling against the horror of mater and pater sending them to that expensive school, desperate to get an internship in London, and utterly convinced that this is the way to get the "right" sort of publicity onto their CV.

Just like it was, nearly every other time a Students' Union renamed their building the "Mandela Centre", or announced it was a nuclear-free zone, or that all of the products in the shop were cruelty and exploitation-free, or calling for the demolition of the statues of slaveholders. Normally when the meeting wasn't quorate, because there were only fifteen members of the mutual back-patting society present.

As @Archimedes has pointed out, there's normally a backlash one meeting later, when the newly-motivated UOTC/Rugby Club/Hockey Club descends mob-handed upon the Students' Association to vote through an entirely new set of motions, and those fifteen members of the mutual back-patting society (and their buddy on the podium) suddenly discover that democracy is a cruel and heartless thing...

Archimedes said:
One should note that this is what occurs when students who'd normally not go within several thousand miles of student politics mutter , 'Oh, FFS' because they consider that something is so eye-wateringly stupid that the 'hacks' need to be put in their place and thus turn up and vote....

The best one of these was when the Oxford University Student Union attempted to ban the OTC and UAS from Freshers' Fair for being homophobic warmongers, only to discover that this meant that they'd banned themselves from the event according to their constitution... Also, as the event takes places in the Exam Schools (owner: The University), OUSU had breached university rules and were given the choice of admitting the UAS and OTC or finding a new venue for Freshers' Fair...
Click to expand...

Throughout the history of universities, young people have done stupid things and made stupid comments. It's all part of the accademic experience. Most grow up and get half decent jobs, have a familly and make a contribution to society.......

.....the others go into politics.
Honesty is a very expensive gift. Don't expect it from cheap people like Bugsy.

88 years ago the Oxford Union passed a famous resolution that no member of the house would fight for King and Country.

Caused a fuss, that did.

Filthy_contract said:
Why would the university be attacked (except by stupid knuckle-draggers)? It was the SU who 'banned' and then rescinded the decision; nothing to do with the university. Who would be sacked? A group of students who run what is, effectively, a social club?
Click to expand...

From memory most SU have permanent staff why draw wages. Most mature student types who are afraid of the job market.
The only SU staff worth having are the bar staff and security.

I would hazard a guess that most students don't give a toss about the political side. It would be interesting to see what percentage of votes elected these Muppets.
If you can read this - Make me a sandwich!

University of Aberdeen has approx 14,000 students.
Approx 900 voted in total in the Student Union Elections, talk about a minority vote!


https://www.ausa.org.uk/pageassets/elections/current/results/Sabbatical-Officer-Elections-2021-22-Results.pdf
If you can read this - Make me a sandwich!

Book Reviewer
I remember when Salford tried this. I was part of the UOTC at the time, we found out before the hustings and all Salford uni UOTC members turned up. Due to the dire attendance at SU meetings we had a majority and stopped the motion. We also proposed a motion from the floor granting access in perpetuity which needed an 80% majority, and passed.
Join Torn: https://www.torn.com/1986181
J

LordVonHarley said:
University of Aberdeen has approx 14,000 students.
Approx 900 voted in total in the Student Union Elections, talk about a minority vote!
Click to expand...

Happens all the time at almost every university in the country; at my current university for example, the last triennial referendum on whether or not to re-affiliate with the NUS needed a quorum of 5% of the student body and failed to reach that with only 3% (IIRC) actually bothering to vote.

30,000 (give or take) students in total and only 3000 voted for the most recent SU elections for 2021/2022 with majority only voting for roles where mates were running and abstaining from everything else. The only people with the big turn outs for votes are the Athletic Union and activities officers because one way that clubs and societies get extra funding is by being the entity with the most members vote in the elections
"If at first you don't succeed, try 2 more times so that your failure becomes statistically significant" - unknown 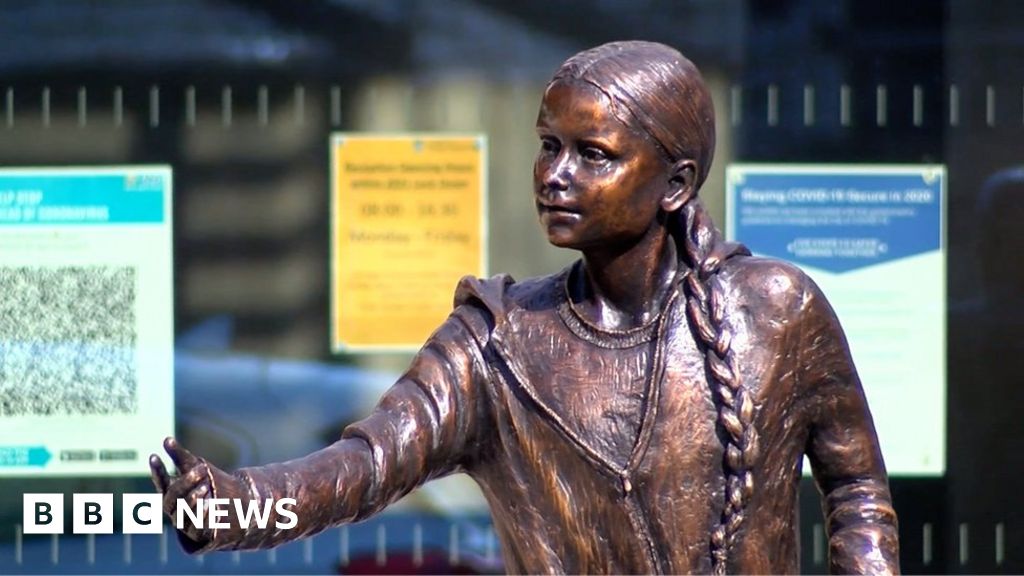 The students' union questions whether the £24,000 cost of the statue could have been better spent.

RMAS and BRNC to close, Officer Training to go Tri-Service.
2 3