A litre of water's a pint and three quarters.

35 years ago a mid 20's bloke walked into the car accessory shop I was working in and asked if we sold Whitworth spanners.
What Vincent have you got I asked as AFAIK they were the only major manufacter to use that size.
It turned out to a very nice V Twin 1 Litre.
So a mix even back then.
NULL

putteesinmyhands said:
So that's why the 1p coin is the size that it is. Somebody at the mint was as high as a kite. You learn something new every day.
Click to expand...

An eigth and a quarter is tuppence

My friends and I still greatly admire and appreciate thruppenny bits...

A penny is the weight of a Ciggiarette ?
Sixpence, rememeber ?

My wife gets very confused by feet and inches. Turns out she’d been lied to by her previous boyfriends who’d all told her six inches is a foot.

bobthebuilder said:
My wife gets very confused by feet and inches. Turns out she’d been lied to by her previous boyfriends who’d all told her six inches is a foot.
Click to expand...

bobthebuilder said:
My wife gets very confused by feet and inches. Turns out she’d been lied to by her previous boyfriends who’d all told her six inches is a foot.
Click to expand...

If she charged them per inch she must have done alright then.

Mine did, I said yes babe no probs but I only want to give you the last inch.
"That we defeated the cur with the heart of a lion; I was only glad to be at the end that roared!" ~W.S.Churchill, South Africa.

Eyes_Right said:
You can never be sure there days just what is satire and what is "news'. That said, I appear to have just read that the Government is about to conduct a business study into the merits of returning to the imperial measurement system. Now I am all for joining those economic powerhouses of Liberia and Myanmar and making trade easier between ourselves, but I can't help be suspicious that this is all about securing the over 75 voting block for the Tories. It could be a wind up, but as I said, it's hard to tell these days. I'm sure there is a Johnson stoolie ready to walk it back when it gets fully ridiculed.

Part of the questionnaire/poll should entail calculating the weight of water in a one metre cube tank. Showing calculation in Imperial units of measurement.
"That we defeated the cur with the heart of a lion; I was only glad to be at the end that roared!" ~W.S.Churchill, South Africa.

CaptainRidiculous said:
Tell them your height in cubits, and weight in barleycorns
Click to expand...

Hang on, aren't Barleycorns a linear measure, three to the inch?
NULL
N

A kilometer is 5/8ths of a mile. Me in the back seat arguing how fast dad's driving down the autobahn on his European hols. Imperial is fucked, miles is the only thing clinging on because it's too much bullshit to change all the roadsigns. Pikeys have got the right idea I think, weigh them all in.

solomon88 said:
Hang on, aren't Barleycorns a linear measure, three to the inch?
Click to expand...

But a grain is mass.
All in all, you're just another brick in the wall

Slightly off thread ..... but another possible way of coping with a range of nuts/bolts regardless of type ... some years ago I actually bought a one .... it is sitting in a toolbox in the garage never used in anger ... 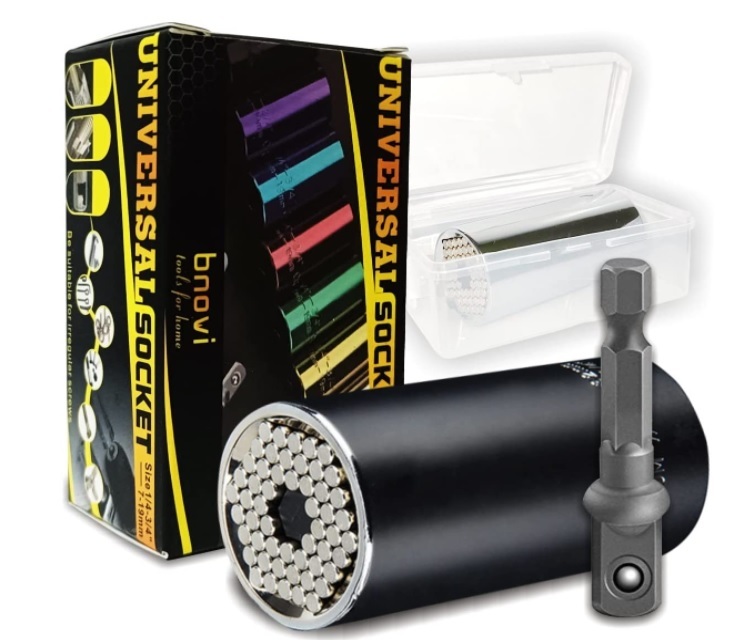 
ETA ... just noticed first demo on the vice uses a double ended adjustable spanner ... one end obviously AF and the other Metric .

Border_Reiver said:
Slightly off thread ..... but another possible way of coping with a range of nuts/bolts regardless of type ... some years ago I actually bought a one .... it is sitting in a toolbox in the garage never used in anger ...

Good. Guaranteed to fcuk any nut/bolt AND give you skinned knuckles AND end up with all those little rod things detaching and disappearing into the bowels of whatever bit of kit you are working on.
.

Even at the height of the EU tyranny I refused to bow down to the eurocrat SI measurement loonies and still measured the string that holds my trousers up in pints rather than sodding kilograms.

We need to go back to how many Nelson’s Columns and London buses things are, but we also need ready measurement comparisons that are meaningful to British people. An obvious one is that groups of paedophiles should measured in Saviles, and it’s about time we were honest and say that an average component of the asteroid belt is about the size of a lesbian.

Anyway, can’t stop. I’m just off out for a British gravy boat of milk, and just let them try and stop me…

Not reading the whole previous thread, but at work I would refer to something being 1 metre six inches long or such, as 6 is easier to quickly understand than 150.

Imperial is much easier to refer to in human terms. A pint, foot, inch, 0-60 m.p.h., m.p.g. etc. are easily understood and we built an empire on it. I inherited all my uncle's scale rules (wooden, machine divided) which he used at uni and subsequently his work in Africa. Having said that, a millimetre is easier to use for small measurements such as is used in architecture and civil engineering.

My son and daughter would never refer to their height or weight in metric.
S

I don’t know if it’s been mentioned and i can’t be arrrsed to check but is Wales an imperial or metric measurement?
the news was alway banging on about deforestation of an area the size of wales, so which is it?
wembley stadium must be imperial or it would hold 100,000 punters
A policeman came up to me late one night and said "Papers"
I said "Scissors" and ran away

Selecting which EU Country to get a passport for, Italy, Poland or Germany?

S
The Economic War against OPEC is about to commence…

M
Financial resources and suggestions for one day starting a business: