Dashing_Chap said:
I got asked this question yesterday by a 12 year old girl as she had been learning about WW2. She was aware of the A bombs on Japan but I don't think she quite got the idea of nuclear holocaust.

I told her that nowadays the bombs are so big it wouldn't be worth another war, and that's what has stopped us having another one since WW2. Also, we had to drop them on Japan because a lot of our soldiers would have died.

What would you guys say? Teaching kids the truth about the horror of war is rather difficult as you don't want to frighten them too much, it's like a loss of innocence. Although I get the impression a lot of left-wing adults have very little idea of how nukes have prevented another war from breaking out too.

Hopefully China and the USA won't prove me wrong.
Click to expand...

just show her the clip in Terminator where the kids in The playground get incinerated by the nuke.

AlienFTM said:
Wasn't there a period in early American history when they nearly decided to adopt German as the national language? Sure it's been discussed here before but can't be arrsed to press J.
Click to expand...

I think it's a myth, but it's entirely credible. The way the Herman language works has had a massive effect on the evolution of American English. 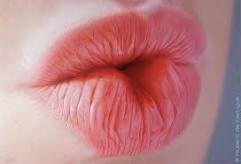 The face that lunched a thousand chips.

Tytus_Barnowl said:
I don't know what they are taught at school but my grandaughter expressed an interest in "The Diary of Ann Frank" . She was 14 at the time but was told by one of her teachers not to read it (no reason given other that it may discolour her image of previous nations attitudes). I lent her my copy, my wife had read the book at 11 years old living in Germantown Milwaukee.
Click to expand...

I asked my grandaughter what she was studying for history at school and she replied 'Jack the Ripper'
There was Jones 09 who always felt the strong need to bang away at Jerrie's line, Evans 15, white faced and nervous but squared up, and did his duty, and my batman Williams 51, the most perfect gentleman that I have ever met. They are all gone now, my lovely boys! Pl Comd 2nd RWF Nov 1917.

Tell her (in the answer to the OP) to stop worrying and love deterrence - however, the price of peace is eternal vigilance. Si Vis Pacem Para Bellum!

Deterrence works by either convincing a potential aggressor that an attack will not succeed, or by making them understand that a hostile action will result in unacceptable costs being inflicted. This is similar the Police and Security Guards making potential criminals think better of it.

And Ye Shall Know the Truth and the Truth Shall Make You Free - John 8:32.