dingerr said:
Perceptions not always the best, I appreciate there are few too many Police officers and far too many incidents, I appreciate you’d all like to deal with everything, lock all the crims away, recover everyone’s property and reassure them it’s safe to sleep at night, but that’s not possible, but when someone calls to say their car has been stolen, it’s the most important thing to them at that moment in time, they don’t have any idea or concern on your workload.

Rather than just say ‘yeah, I’ll get you a crime number’ accompanied with a yawn of boredom, why not explain to them that you are really sorry that xyz has happened to them and that you consider it very serious, however you are limited to doing abc, because of the law/criminal MOs/Mrs miggens cat has gone missing? You’d be more likely to get the public on side.
Click to expand...

"get the public on side"?

One- I am not a police officer. Two- it's not a popularity contest. Most people who find their car window smashed in the morning phone 999 - for life or death emergencies. Yes we empathise with callers but - whenyou call demanding siomebody turns up cos a brick was put through the rear window of your car some time last night then...it's not gonna happen.

Quite often on logs I will annotate my THRIVE (rationale behind my decision) and put for example 'reassurance visit would be beneficial' or...in a case where it would normally be allocated a telephone appointment 'passed for consideration of reassurance visit/call'.

A stolen car does not raise a flicker on the meter when the call you had before was a 12 year old lad who had just been raped by 5 blokes. Or when they call to say goodbye to their parents knowing its recorded and then do a Fosby Flop off a bridge.
Hard fact is...many people only want a crime number for insurance reasons... and if "someone" loses their phone, they will report it stolen "I can't remember where I put it so yes...somebody may have stolen it" - has to be recorded as such.

My last suicide call was 2 weeks ago. Phone went first...all I heard was whisltling wind then line cleared.

Edit- above is badly worded. By not "raising a flicker" I'm attemptenting to give perspective to what is dealt with and what perceptions of 'emergency' are between public and police, and how they differ.
Last edited: 14 Apr 2020
I speak as a single mother & a junior doctor so you are morally obliged to agree with me, or at least be seen to agree with me to further your virtue signalling.

Further to that...although I'm not a police officer, I work alongside police officers doing same job as me- on account of they initially started in my role and therefore trained to do it. (pulled in to do the job due to low manning) As police officers they dont get shift allowance.
I get paid more than a PC. How fucked up is that? (Obviously not as much as a 22yr served one who has ticked all boxes)
I speak as a single mother & a junior doctor so you are morally obliged to agree with me, or at least be seen to agree with me to further your virtue signalling.

supermatelot said:
it's not a popularity contest.
Click to expand...

Thats a shít attitude and you know it.
You may not believe in God or a God, but trust me, when you’re really in the shit you will pray to everyone.

We all ''volunteered' to be chased down by the dog handler's dog, a Belgium Shepherd.

We were given one long padded mitten and were directed to trot in a long arc holding your arm out for the dog to take.

Everyone of us did their Usain Bolt impression as we legged it across the field praying we could outrun the dog.

The dog hit me square on, in the middle of my back and I went arse over tit on the wet grass.
As soon as I was on the ground my head was swiveling to see where the dog was.

He was now just in front and facing me but still sliding backwards.
He had wheelspin on all four paws and his teeth filled gob was wide open but you could see in his eyes he was laughing.

Thankfully the well trained furry crocodile went straight for the padded glove and we were soon rescued by the dog handler who was well pleased his dog had had a proper workout.

BossHogg said:
There are a few who are using the motorway network as a race track, we don't have enforcement capability and the majority of the public know that and race past our patrol cars. They know in my county the only hi-vis disco 5s belong to Highways, they'll be in for a shock as my local force are looking at trialling one. They'll soon slow down while they try and see if it's us or the county lads.
Click to expand...

try a few more of those sneeky cameras which did me a few times, when I was racing, sorry, driving on the M. Ways"! A few stiff fines, with the threat of a ban, will normally get peoples attention !
"Socialism is a philosophy of failure, the creed of ignorance, and the gospel of envy". Winston Churchill

supermatelot said:
Further to that...although I'm not a police officer, I work alongside police officers doing same job as me- on account of they initially started in my role and therefore trained to do it. (pulled in to do the job due to low manning) As police officers they dont get shift allowance.
I get paid more than a PC. How fucked up is that? (Obviously not as much as a 22yr served one who has ticked all boxes)
Click to expand...

I work very closely with the police and do a lot of the jobs they did/do (apart from criminality/enforcement) It's getting to the stage where all the old sweats have retired and I have far more fast roads experience than the new traffic bobbies. They used to view us with suspicion, now they know we can be a key asset in making their scene safe whilst they carry out the investigation.
https://www.online-exiles.co.uk/ 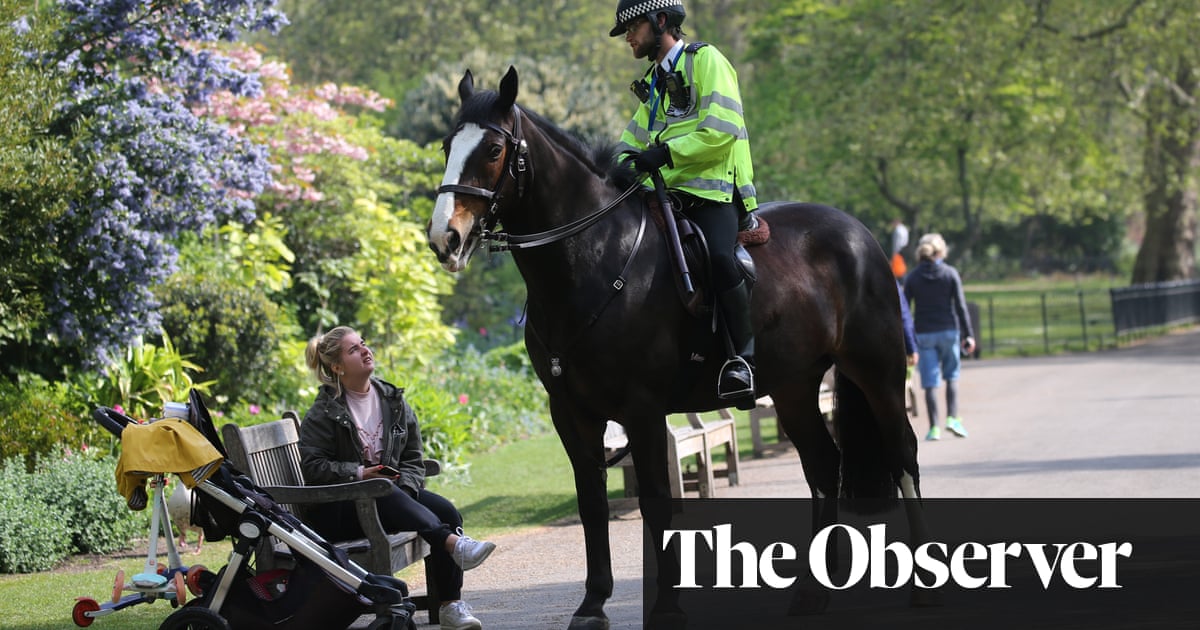 Forces receiving thousands of complaints about rule-breaking, fear many are being used to settle scores

Shock news - idiots being idiots.
"The MoD has a strong record of learning from previous campaigns and encourages its officers to challenge existing norms and conventional wisdom."

Some days in my life…

We were tasked with conducting surveillance on some blaggers by I think the flying squad.

One of them lived in a block just off The Cut in Waterloo.

They went, four or five handed, in two stolen cars up to Aspery's jewellers in New Bond Street.

They were all out on the pavement with the exception of the getaway drivers and getting into position to attack the store.

A marked police car drove down the street, one of the blaggers took off his trilby, as a prearranged signal and they all immediately bomb-burst out of the area.

We were back with them for their second attempt, this could have been the next day.

Off in convoy again in the two stolen cars.
As we got into Parliament Square the operational commander decided to arrest the suspects and their second stolen car was rammed.

The occupants immediately decamped and I ended up chasing an absolutely huge bloke South and across the front of Parliament.

I was running alongside him but a line of traffic separated us, I remember looking at him through bus windows.
After the bus I got behind him and he started to look back as he ran.

He took a half right and still looking back he was heading for the small green but went flying when he failed to see the chains stretched between short posts around the green.

Two or three of us then "detained" him but he wasn't in a mood to fight because he had broken his arm.

The lead stolen car made it to Horse Guards Road where it was also rammed by an unmarked car.
Plain clothes police and firearms team, caved the windows in and stuck their guns into the car.

It was reported that two Royal Parks police watching from St James's Park ran away when they saw what was happening.

Our surveillance team went back to control the block in Waterloo until the arrest team sorted things out at the scene and came to search the premises.

We noticed a geezer in a yellow Golf Gti cabrio, with the roof down, cruising round and round the streets around the block.

This was reported to the operational team and as they arrived they saw the golf and its driver and said it was 'Fred Bloggs' wanted for murder.

So off we went behind the Golf while marked units were arranged.

We got down to Thurlow Street and were stuck in a line of cars approaching the ATS at Albany Road.

A marked Rover SD1, lights and siren, started to come down the line of cars on the wrong side of the road and against the traffic.

As it closed in on the golf we leaped from our car across his boot and into his back seat.
Leaning over the roll bar we grabbed his hands off the steering wheel and handcuffed him above his head.
It was then I learnt if you handcuff someone with their seat belt on you cannot get them out the car.

We eventually handed him over to the uniform for transport back to the nick.

It turned out he wasn't Fred Bloggs' but he was the jeweller who had come to buy the stolen loot.

For us it was tea, medals and statements in the canteen.

The bad guys had a Hilti gun and a selection of hammers to attack the windows and dislay cases.

dingerr said:
To be fair, a great dane isn’t meant to be squeezed into the glove box.
Click to expand...

I'm sorry but this reminded me of this 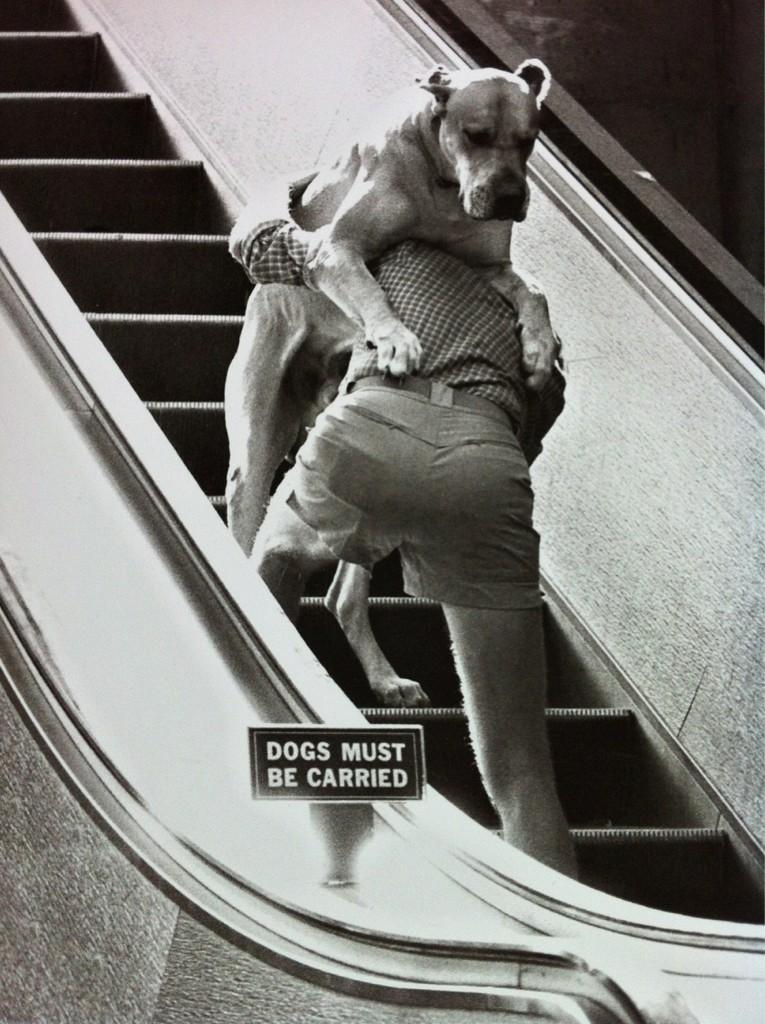