Should we have organised a BBQ or something to mark the day ?
I'm currently working at "My job satisfaction is Limited",

Should we have organised a BBQ or something to mark the day ?
Click to expand...

The snowflakes who complain of the Bombing don't mention that Jerry was pounding London with V1s and V2 at that time.
Are you putting out invites for the B b Q!
There was Jones 09 who always felt the strong need to bang away at Jerrie's line, Evans 15, white faced and nervous but squared up, and did his duty, and my batman Williams 51, the most perfect gentleman that I have ever met. They are all gone now, my lovely boys! Pl Comd 2nd RWF Nov 1917.

"The Nazis entered this war under the rather childish delusion that they were going to bomb everybody else, and nobody was going to bomb them. At Rotterdam, London, Warsaw, and half a hundred other places, they put that rather naïve theory into operation. They sowed the wind, and now, they are going to reap the whirlwind."

-Arthur "Bomber" Harris.
Class A, Category 1, ARRSE Vermin, and proud of it.

overopensights said:
The snowflakes who complain of the Bombing don't mention that Jerry was pounding London with V1s and V2 at that time.
Are you putting out invites for the B b Q!
Click to expand...

I also notice that it seems to only be Bomber Command who gets all the blame for Dresden, and the 8th AAF come away clean.
Class A, Category 1, ARRSE Vermin, and proud of it.

It grips my shit that the Germans make a big deal of this commemoration. It’s the “Germans as victims” shite which prompted the stupid cunts to kick off in 1939.
They started a war, they did unbelievably bad shit, they got some back. Boo fucking hoo.
They should remember Guernica, Rotterdam, Coventry, London and countless other places they trashed before clinging onto this as a means of deflecting. They attempt to classify Dresden as a war crime, it wasn’t - it was perfectly justified and it was war: war of their own making.
And it wasn’t “The Nazis” it was “The Germans.”

I only know cause I saw the regional news on the Beeb,

"The British RAF started the bombing of Dresden today" or similar

With B&W footage of the USAAF flying right high up!

I assume it would have started at dark o'clock with the RAF, when the day came the USAAF continued when it got dark again the brave but pale lads of Bomber command returned to the party
I'm currently working at "My job satisfaction is Limited",

This was a response to the bombing of Coventry, right or wrong, it showed Nazi Germany that we don’t take sh1te.

There has been a lot written about it, most of it nonsense. They said oh Harris did it and he shouldn't have! Well he was in the military if the government wanted him to stop they only had to tell him once. Also this raid was no different to many of the other heavy bomber raids on other cities.
You can't reason with someone who doesn't understand the concept of reasoning, it's like trying to administer medication to someone who is already dead.

GobblyWobbly said:
This was a response to the bombing of Coventry, right or wrong, it showed Nazi Germany that we don’t take sh1te.
Click to expand...

No it was supposed to destroy the Germans mind set . The excuse was Dresden was a hub for transport , which it was. So trains from the ost were routed through there.

Did it help the war end early . No.

Was it worthwhile, sorry but I say yes.

If Hitler was not quite as mad and the Allies said ...

‘Give up or we will do the same to Berlin “ He might have thought about it but as said he was madder than a bag of wasps,cats and honey badgers at that time.

Book Reviewer
Suck it up, Snowflake.
Last edited: Friday at 09:37
​
Emsdorf and victory!

Has Dresden been rebuilt yet?
I hate purity, I hate goodness, I don't want virtue to exist anyway; I want everyone corrupt

blackmetallic said:
Has Dresden been rebuilt yet?
Click to expand...

Every time I visit London, I ask the same question.
​
Emsdorf and victory!

Dresden, Hyper inflated casualty rate used for years to make us feel guilty/sorry for them in order that we could say 'Hey, they suffered too' , and think of them as 'normal fellow Europeans like us who were just victims....now lets fight the Sovs together.'

Slight problem though, it was all bollox as recent research as shown. Even the most popular rag in Deutschland admitted it awhile back

Death Toll Debate: How Many Died in the Bombing of Dresden? - DER SPIEGEL - International

Let's not mention the 3 separate massacres of Jews alone that i can think of that had a higher death rate, committed deliberately, with bullets

blackmetallic said:
Has Dresden been rebuilt yet?
Click to expand...

and very pretty it is too!
Charisma: The ability to convince without the use of Logic.
A founding member of the rapid car park construction (NI) association.
Bee Arrsed - Keep Bees
D1575 SCS5003 NSCR1561 SSC21

and very pretty it is too!
Click to expand... 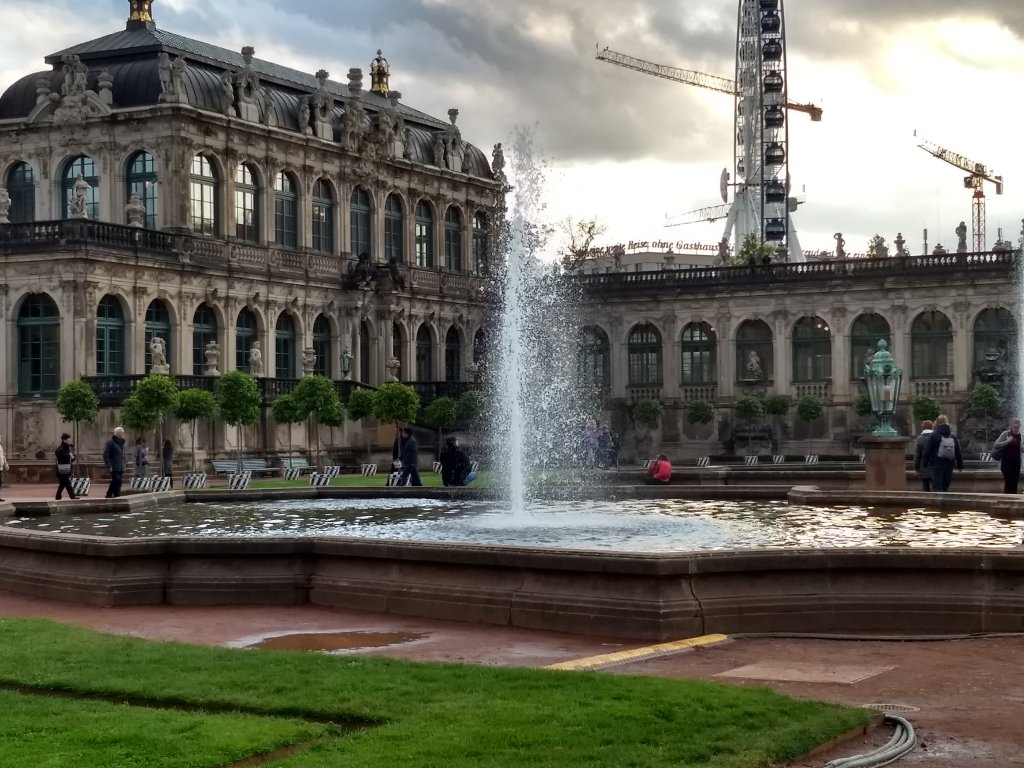 Dresden: A tale of two cities in one

Dresden is a city of contrasts. It is proud of its past as a center for Saxon royalty and likes to call itself "Florence on the Elbe." But Dresden’s recent reputation is more for being right-wing and hostile towards foreigners. It is one of the places in eastern Germany where anti-migrant and...
www.infomigrants.net

I do not personally regard the whole of the remaining cities of Germany as worth the bones of one British Grenadier. It therefore seems to me that there is one and only one valid argument on which a case for giving up strategic bombing could be based, namely that it has already completed its task and that nothing now remains for the Armies to do except to occupy Germany against unorganized resistance.

People quickly forget that WWII was total war. Every German was a part of the German war machine and Bomber command was just one of the tools used to crush it. As has been said Harris was in uniform and therefore taking orders from above. If Churchill et al thought bombing the big cities was wrong, they could have stoped it with a simple order.
We’ve all heard that a million monkeys banging on a million typewriters will eventually reproduce the entire works of Shakespeare. Now, thanks to the Internet, we know this is not true.

I am sure that Dresden was also a centre for a war related industry. I think it was @Maple that pointed this out.

Total War means just that. Why judge the decision makers of the time with the benefit of seventy five years of hindsight?
And Ye Shall Know the Truth and the Truth Shall Make You Free - John 8:32.

Should we feel guilty for our grandfathers actions? Has our present generation leaned from history?

My understanding is, in hindsight, two wrongs do not make a right!

However, that was the mindset at the time. You target civilians, we will reply accordingly.

Dresden was Arthur Bomber Harris reply to the bombing of civilians in the UK. Strangely, he is most hated in Hamburg for destroying the city which WAS a military target. No brothels were harmed in this incident!
M

exbluejob said:
There has been a lot written about it, most of it nonsense. They said oh Harris did it and he shouldn't have! Well he was in the military if the government wanted him to stop they only had to tell him once. Also this raid was no different to many of the other heavy bomber raids on other cities.
Click to expand...

From the warhorses mouth...

and very pretty it is too!
Click to expand...

Then it must be time for 'City of Lincoln' to carry out a tribute fly-over.
You must log in or register to reply here.