Post Telic 8 Memorial service tomorrow at Paderborn.Just wondering if any other arrsers are going?

Yep, I'll be there - you'll recognise me, i'll be the one in uniform

Seriously though - I am going.
ARRSE Fantasy Football Champion 2018/19

I will be the guy with the Carnation in his left buttonhole.

Well we went to the service in Paderborn.90 from my unit in No2's all looking very smart .The service itself was actually very good.The bell rang for each and every serviceman or women killed during telic 8.The speeches were all very fitting .My unit went on leave yesterday yet 30 per SQN were required for the service, nobody grumbled as it was a service of memorial.

The disgusting thing about the day was the state of a a load of the soldiers their.It took my and my mates a few hours to get our kit polished clean etc etc ,yet I was sat at the rear behind about 7 NCO's who were wearing CS 95 ok not too bad but the female SGT (royal signals) was in a smock I would consider to be an ''exercise'' jacket.The whole row(they were all from the same unit) had not ironed any kit and were chewing gum like cows munching grass,when the 2 minute silence was called several of them were messing about and just ignoring the service. A few of my unit SSM's had a word discreetly during the service however it took 3 attempts for them to finally remove the chewing gum.I cannot put into words how enraged the lads from my unit and myself were .Iam still seething 3 hours later.

The QRH lads made a great effort as did many of the other units involved,however if any of you know the complete shower of sh@it that was at the rear left of the DOM 1X sgt Female Royal signals 2x cpl Royal signals 2x l/cpl Female AGC ,please tell them that they should be ashamed of themselves they are an embarressment to their unit.They may not of lost any mates during Telic my me and my mates did ,so show some fecking respect.Oh yes the SGT was a bit of a porker.

PW3,
My condolences mate, hopefully someone from the Sigs with a bit of Moral courage will take this a little further and have a quiet chat.

I believe the only Sigs local to PB is a very small unit in Sennelager.

Shouldn't be too hard to find the offenders!
"Come on, you slovenly soldier. We got work to do"

It was not 200 sigs they were right at the back and no dramas.Ithink the scruffy,ignorant crowd must of been from HQ because the AGC had the green berets on instead on an attached units beret.Stiff fuming,I cannot understand how anyone can get to SNCO level and be a complete bag of crap,with attitude.Makes me feel good about being in a proud regiment.
F

It was the same on Remembrance Sunday just up the road from PB. Chewing gum now seems to be acceptable as does bogging uniform.

My condolences - A fantastic Bde

I thought the service was excellent and very humbling. Can't comment on individuals, but it doesn't suprise me!
Aut Viam Inveniam Aut Faciam - Hannibal, 200 BC

Thanks for telling us about the service. Sorry to hear about the annoyances.

ex-20 ARMD BDE
The homepage of the BAFF website at baff.org.uk has links to information for veterans and others affected by recent events in Afghanistan.

Priam said:
PW3,
hopefully someone from the Sigs with a bit of Moral courage will take this a little further and have a quiet chat.
Click to expand...

Sorry mate, but I wouldn't hold your breath. 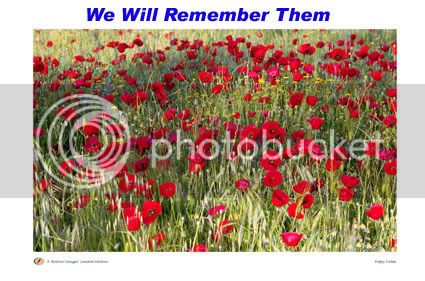 As a member of the Royal Signals I feel really ashamed by this SNCO and I ask if any Royal Signals who were there, and who can identify her give her name to the most Senior Signals WO attached or serving with 20 Bde.

What an embarrassment.
Hes not the Messiah, he's a very naughty boy!!!

Book Reviewer
I am sure the AGC LCpl does not represent 99% of her Corps. If you find her I am sure she would appreciate education.
Quis custodiet ipsos custodes?

Please dont think the behavior of a few ignorant knobbers are tarring the rest of their parent corps with the same brush.It was just a few people out of many hundred that were there.Its just a group of us were pretty pee ed off because it was a memorial service for people killed on Telic 8,we had all worked on out kit (as to be expected) and a few didnt give a toss.
M

There is only one FEMALE Sgt Royal Signals in 20 BDE.. and in my opinion she is a lazy fat cow... so it does not supprise me that she would show such disrespect..

I had one near miss.. and I am really sorry about those who did not make it home.. As I am sure my family would have been if I had not made it back.


My heart goes out to the families of thoses individuals... and as for those disrepectful Royal Signals members... well you should be !******* ing ashamed of yourself... and get out! we dont wont you.
_________________
In This Job you have to know something about everything

macsta said:
There is only one FEMALE Sgt Royal Signals in 20 BDE.. and in my opinion she is a lazy fat cow.
Click to expand...

No need to sit on the fence mate

I know the said female, and I will be having a word next time I see her, didn't see her at the Dom though. I will get my feelers out and find out who the others where