A 38 year old man has been charged with the 1994 murder of Rikki Neave, which by my (O level) maths means he was 12 years old when he allegedly murdered a 6 year old. 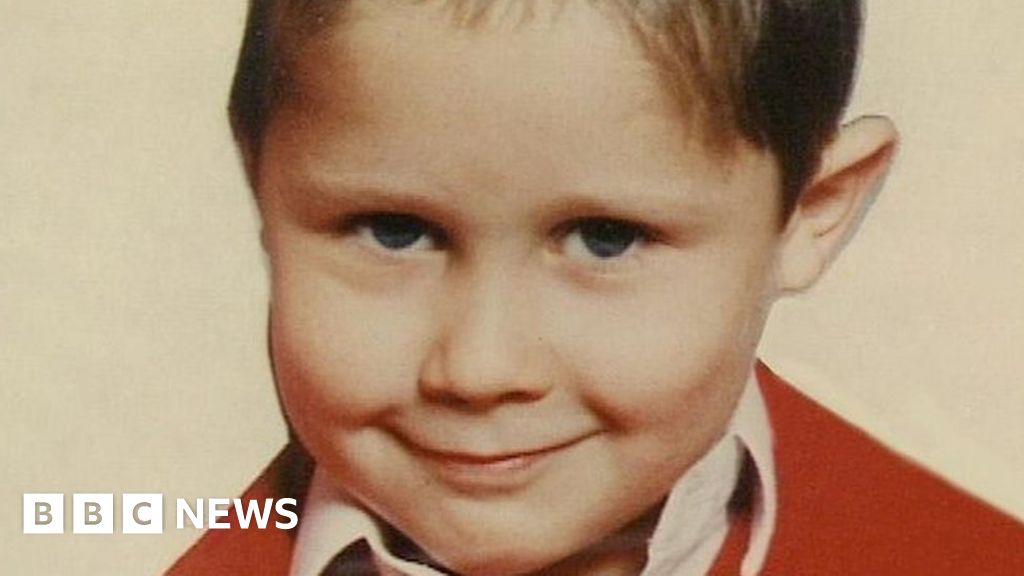 The body of six-year-old Rikki Neave was found naked and strangled in woods near his home.

A man has been charged with murdering a six-year-old boy 25 years ago.
Rikki Neave was last seen leaving his Welland estate home in Peterborough on the morning of 28 November 1994. His naked body was found strangled in woodland nearby.
Police began re-investigating the schoolboy's death in 2015.
James Watson, 38, of no fixed address, has been charged with his murder and will appear before magistrates in Peterborough on Thursday.
Circle, square, triangle, waves
They are open to me like a flower
How would you like to have your mind caressed
Can't you feel that I'd possessed with
PSI power PSI power PSI power…

Meh, How old were those toerags who killed Bulger.

You do wonder what will happen to him. According to the law, he will be dealt with as he would have been at age 12.

Hopefully this means that a few more scumbags are looking over their shoulders and having sleepless nights, having realised that unsolved murderers don't get closed.

“no fixed address” - it’ll probably be a step up for him to get banged up.
A

ches said:
Meh, How old were those toerags who killed Bulger.
Click to expand...

Thompson and Venables were just 10 years old in 1993. Jamie Bulger was 2 years old.

The case is made even less pleasant - if that were possible - by the utterly abysmal parenting the poor child suffered; his mum was charged with his murder (acquitted, obviously) but given seven years for child cruelty because of the way in which she treated him and his siblings (it's only fair to observe that she now says that she ought not to have pleaded guilty to the charge, although the media did carry a fair few accounts of appalled neighbours asking why on earth Social Services hadn't done anything despite there being evidence (from the neighbours) that they ought to have been, etc, etc.)

This isn't the first time Watson's name has come up in relation to this, either - he's been 'of interest' to the police for quite some time, it would appear...

guzzijon said:
“no fixed address” - it’ll probably be a step up for him to get banged up.
Click to expand...

When I worked as a Custody Officer in the courts, "no fixed abode" often appeared on the charges of those who were remanded into custody or those appearing from the police custody blocks after being denied bail before appearance before the Magistrate.
Beer.....helping ugly Sappers to have sex since 1856.

As I walk in the valley of the Shadow of Death, I remind myself that you can't always trust Google maps!

A signaller said:
Thompson and Venables were just 10 years old in 1993. Jamie Bulger was 2 years old.
Click to expand...

James not Jamie - his poor parents have said often enough he was never called Jamie
Life should NOT be a journey to the grave with the intention of arriving safely in an attractive and well preserved body, but rather to skid in sideways, a glass of rioja in either hand, body thoroughly used up, totally worn out and screaming WOW!!! WHAT A RIDE !!!!!!!!!!!

Stumpy4154 said:
When I worked as a Custody Officer in the courts, "no fixed abode" often appeared on the charges of those who were remanded into custody or those appearing from the police custody blocks after being denied bail before appearance before the Magistrate.
Click to expand...

Exactly right. There's also the laziness of some court staff and police officers inputting initial charges, where they use the previous details in the autofill. So if they start banging in a name and DOB they'll just use the address of the last time he was up. Big problem with lesser offences - lots of people flashed for speeding who have correspondence go to their old address.
NULL

DTBA said:
Big problem with lesser offences - lots of people flashed for speeding who have correspondence go to their old address.
Click to expand...

Surely that can only happen if DVLA are not up to speed with V5/Drivers License details?
Lasses man, they love it up em!

On ROPs
Back in the day, when my fitness was less of an issue than it is today, I was a milkman for Harrell dairies (later Kirby and West, a right bunch of crooks, in Peterborough (a veritable shoot hole in the snow if there ever was a such a thing, which in the case of The Cities and Towns of Cambridgeshire it was at the top of all 7.. One of our milkies was killed on Christmas Day, by a drunk driver. The Smith Brothers who ran the outfit, stoped his wages at the time he was killed. Don’t ask about working Christmas Day.
So sorry for diverting, but this Neave kiddy‘s mum was a right fruit the loop, and set about fitting herself up and seeking attention on herself from the get go. It was clear from the start that the Police were facing a wealth of evidence set up by Mum, which even the most diffy of Police would have no problem with charging her as nutty as a fruit bat. One of my fellow Milkies had been doing the deed in return for the milk money (7 pints back in those days, £2.80ish), and she was a right gopper. Her defence when she realised that she was in deep doo, for the ‘murder’ (and loss of child related benefits natch) was to claim she had been knee deep on her milkies ‘Pole’. And couldn’t possibly be the murderer, that was just 1 of fasands of dodgy alibis that thick-o-shoit Tried to use. She also followed the standard defence for the utterly useless think ex-liebor MP at this point, and started writing a book before they banged her up on remand.
As I try not to remember life in shoite hole in the snow, there were many such ‘events’ where the protagonists simply had reached the bottom of the barrel and didn’t stop digging. Hostage Taker throwing tiles off his roof at Plod, demanding a helicopter, Naked women (many of these) who set fire to their flats, looking to get rehousing in a house, Junkies ‘demanding’ a children’s play area so they could shoot up their shite without being bothered by the Police. And the list went on and on. The day I left Peterborough was just about the best day of my life.

I take pride in my spelling and grammar incompetence and innate ability to wind up fellow Aarsers with my command of the English language and incompatible spelling.

"We began re-investigating the case in 2015 and following extensive investigative work, we have now been authorised by the Crown Prosecution Service to charge James Watson in connection with his death."
So that'll be "It's now been properly investigated, and err we've caught some cnut." *******.

Poppy said:
James not Jamie - his poor parents have said often enough he was never called Jamie
Click to expand...

Whatever. If his mother hadn't been shoplifting that day, he'd still be alive.

Poppy said:
James not Jamie - his poor parents have said often enough he was never called Jamie
Click to expand...

Really, I thought they thought of him as walking Child Benefits? Sort of explained why she was nattering to the butcher rather than keeping her eye on the lad? It also explains why she was never charged with child neglect.
I take pride in my spelling and grammar incompetence and innate ability to wind up fellow Aarsers with my command of the English language and incompatible spelling.
You must log in or register to reply here.