“Widows fury after lack of help” How can this be stopped?

Not sure if this is the proper place to post this, but I’m sure the Mod’s can move if required.

Jamie was a friend of mine for the past 4-5 years, and although we had talked about this incident, he never came across as suicidal. I only wish I could have helped him, he was a genuine nice guy and a good friend. what needs to be done to help people like him?
RIP Mucker

The honest answer is that it can't, at least not in every case. If someone gets themselves into a place where they convince themselves that suicide is the only way out, then it is not a simple task to retrieve them..!

I am not in any way an expert in this area, indeed I am a bit suspicious of folk who claim they are, but I really don't think a blame fest is necessarily the solution either for the folk left behind or for preventing this sort of thing happening in the future.

Whatever current society is doing, there certainly seems to be a factor that is leading young men, and particularly young white men towards suicide. There are many theories.. but whatever the current solutions are, they do not seem to be working that well. I am not convinced that we have got the balance between "leadership" and "management" right and that current roles and relationships are anywhere near what they should or need to be. Far too much emphasis on "process" and not nearly enough on empowering those in the chain of command to "do the right thing..".

I don't think the media are in any way helping here, either in the way they portray the character of "Heros" in both reporting and fiction, nor in their reaction to situations such as this..!

Tragic.. and my greatest sympathy to all concerned..
Charisma: The ability to convince without the use of Logic.
A founding member of the rapid car park construction (NI) association.
Bee Arrsed - Keep Bees
D1575 SCS5003 NSCR1561 SSC21

It's the way the cookies and adbots work. They identify key words in an article and then match them to 'relevant' ad services.
Barclays Fantasy Football 2017/18 ARRSE Champion

Teg61 said:
Jamie was a friend of mine for the past 4-5 years, and although we had talked about this incident, he never came across as suicidal.
Click to expand...

Its terribly sad, but there are people who bottle everything up, even from their nearest and dearest, and thus its near impossible to identify their mental crisis and intervene.

He had a wife, friends and access to a system which most definitely will provide help. He says he asked for help, but had no response. Who knows what form his distress took, or if it was evident to anyone?

Before we can pass judgement, the article says he asked for help and no-one listened.
Who did he ask and why wasn't he listened to?
These things are always a tragedy, but as @HE117 says, not everyone can be helped.
RIP, I hope the loved ones left behind get the help they will need to overcome this.
We’ve all heard that a million monkeys banging on a million typewriters will eventually reproduce the entire works of Shakespeare. Now, thanks to the Internet, we know this is not true.

As per above, not everyone can be helped, whether support is asked for or not, or support is given or not.

This is a general comment, not related to this specific case.

A person with a normal chemical balance will think killing themself is scary or not the thing to do.

Someone in the frame of mind/mental state/chemical state for suicide might think it’s the correct, best, easiest or most pain relieving thing to do.

I watched a women jump to her death from a multi storey car park some years back. It seemed to me that (and this is just my opinion) she thought any one shouting at her not to jump was making no sense. she was perfectly calm, didn’t seem to have any fear or anxiety just simply jumped off the roof. She didn’t scream, shout or make any sound as she fell.

No one at the scene could help her in any way.

RIP to the chap, and thoughts and best wishes to his family.
184461 said:
'It's called need to know/circle of knowledge for a reason BTW'
He isn't in the circle, he should NOT be told anything!
When trolls tell us Novichock kills in seconds they don’t mention Andrei Zheleznyakov. He was exposed, lived for ages and the soviets documented the whole thing,
M

Grim_Squeaker85 said:
It's the way the cookies and adbots work. They identify key words in an article and then match them to 'relevant' ad services.
Click to expand...

Unsurprising, I suppose, but still a shame it didn't spark up an ad for the Samaritans.

medwaymud said:
Unsurprising, I suppose, but still a shame it didn't spark up an ad for the Samaritans.
Click to expand...

More money in burying them than saving them.
Democracy is not for the people.
O

During my time , long ago , I had several potential and actual suicides to deal with , a very senior and well respected Army doctor gave me the following advice , talkers dont jump , jumpers dont talk.
If some one is going to jump your only job will be to identify the body
I felt and still feel this was very good advice and never failed in my service time or since

As mentioned in the report, a centre of excellence for mental health, would be a step in the right direction.

As others have said, you are not going to be able to help everyone, but the least the government and MOD can do, is supply the best treatment money can buy. Is that too much to ask after what they have been through? 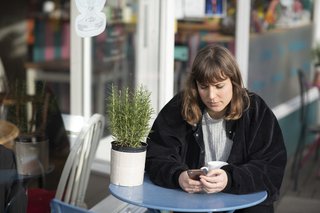 If you’re going through a tough time, contact us free. We won't judge you or tell you what to do. We are here to listen so you don't have to face it alone.

Suicide always has more than one victim. To the OP condolences on your loss.
It's Tommy this an' Tommy that
an' "Chuck 'im out the brute",
But it's "Saviour of 'is Country,
when the guns begin to shoot.
R Kipling

Charlie4 said:
As mentioned in the report, a centre of excellence for mental health, would be a step in the right direction.

If you’re going through a tough time, contact us free. We won't judge you or tell you what to do. We are here to listen so you don't have to face it alone.

Not that convinced it would..

I think these suggestions for setting up yet another organisation as a reaction to an incident is at best missing the point, and at worst counter productive.
I see that issues of this type are often environmental and a product of the way in which a particular organisation is structured and run. As I said earlier, this process oriented solution simply moves responsibility from one place to another with no particular certainly that it will work. It is simply an organisational shifting of the deck chairs on the Titanic IMHO.

I am also highly suspicious of the mechanisms that get used to form "Centres of Excellence". I do not believe you can just magic these bodies into existence from a standing start. A true Centre of Excellence should form organically around an individual or group of individuals who have gained insight and expertise regarding a specific topic and which then gains a reputation by being tested against reality. Such a grouping, if effective, will attract and be able to select competent individuals and hopefully grow. I think these groupings have a finite life and will (or should) cease to operate at some point.

A useful parallel can be seen in the music world. If you think about Bands as Centres of Excellence, you can better understand the issues. The significantly effective ones such as the Beatles were formed and grew organically against fearsome opposition. Manufactured bands such as the Monkees and (Horror) Milli Vanilli although meeting the short term aims of their constructors did not survive and did not make significant contribution to the genre..

I therefore do have some real issues with these corporately set up "Centres of Excellence" which in some (many?) cases morph into shell organisations to attract funding, and benefit the centre staff more that they do the supposed beneficiaries. Many of the issues here are IMHO down to failures of leadership and span of authority, and in this particular case from the separation of "personnel management" from Line management.

Samaritans... yeah they are good at working the market, but are they really dealing with the root issues?
Charisma: The ability to convince without the use of Logic.
A founding member of the rapid car park construction (NI) association.
Bee Arrsed - Keep Bees
D1575 SCS5003 NSCR1561 SSC21

What are the types of suicide given by Durkheim? | Introduction to Sociology

courses.lumenlearning.com
My dissertation for my sociology degree was on Suicide, people take their own life for many reasons, it’s the biggest killer in men under 45.

My brush with it came after my wife died, as we have no kids, it was if everything I lived for had gone, no reason to continue, I was fortunate to have a very good boss, who did not judge me, I got the help I needed, didn’t hamper my career as much as I thought it would.

Keep a eye out for the slightest change in people’s behaviour, it starts there.

Help is out there, is it good enough? Nope but it’s better than it has ever been and is improving all the time.
@Simmerit was @simmer but his wife told him to delete his account.
https://www.arrse.co.uk/community/threads/gems-of-the-day-from-the-bbc.229572/page-72#post-6880061
https://www.arrse.co.uk/community/threads/gems-of-the-day-from-the-bbc.229572/page-74
You must log in or register to reply here.