There has been a recent ‘big bang’ in military history books on the South African and Rhodesian bush war experience. Many of these tend to be lively accounts with loads of pictures, often written by people who had been there and smelled the gunsmoke themselves.


‘Mobility Conquers’, a heavyweight in every sense of the word, is a worthy addition to this list of books. It is a worthy addition to the fine line of high-quality, detailed and well-written military histories we have seen recently. I particularly like the sidebar paragraphs here and there which help to explain to a complete outsider the wider context or specific detail about this conflict. Thus I came to understand a little more about units and personalities I had heard of elsewhere, such as the Pathfinders and their frankly rather scary CO, Jan Breytenbach.


Sanctions-era South Africa found itself in a rapidly-escalating bush war with a ruthless and well-equipped opponent across its North-West border in the early 1970s. Saddled with colonial hand-me-down tactics more suited to Salisbury Plain and equipment such as the Saracen APC, the SADF had to reconfigure itself from the top down to fight a mobile, long-range war in bush conditions so harsh that vehicles would routinely lose wheels, and rifle barrels protruding from vehicles would frequently get bent by vegetation. The enemy made extensive use of land mines on roads, making cross-country ‘bundu-bashing’ a vital capability, and all of this was underpinned by the ‘tyranny of distance’ as the SADF would have to hit and run across ‘MMBA.’ This led to the genesis of the range of tough mine-resistant vehicles used to this day, a corner of the defence market that South Africa has seized and held on to.


The SADF did not have sufficient manpower to risk losing personnel to mines, hence the early adoption of mine-resistant features such as hull geometry, use of diesel instead of petrol and moving the driver’s cab in front of, instead of directly above the front axle. Tracked vehicles were discounted at the same time, lacking the track life, speed and range of wheeled vehicles. Anything less than a 6 wheeled vehicle was also discounted, to reduce surface pressure and build in a measure of redundancy when on the move. Also, wheel loss was a routine event that would be catastrophic for a 4-wheeled vehicle. In South Africa, even the trees are as hard as nails… This all led to the RATEL wheeled Armoured Fighting Vehicle, arguably the ancestor of all the wheeled AFVs we see today, such as the MASTIFF, PATRIA AMV or the STRYKER.


The SADF recognized early on that this new war would require a complete reboot of their organization, and so the resulting unit, 61 MECH, would be an all-arms fusion of capabilities, in which the traditional lines between Infantry and Armour were blurred. Initially, eyebrows were raised when the unit’s first CO came from an armour background instead of infantry, but he rapidly proved his value in both setting the unit up and then taking it to war. One of the authors, Willem Steenkamp, was there and so his first-hand anecdotal accounts and second-hand accounts from oppos have the ring of authenticity. What comes across clearly is a strong sense of unit integrity from this newly-formed formation that took in personnel from all across the Army and effectively mechanized them into a formidable fighting force.


This book deals with a conventional fighting force having slough off existing thinking and to adapt to a new way of warfare, under conditions of austerity, while facing an insurgent threat whose use of mines and IEDs and attacks on non-combatants are SOP. The border conflict was therefore out of necessity a comprehensive combined-arms effort, drawing on regular, conscript and reserve or ‘Citizen Force’ assets. Citizen Force is a notably interesting concept, as it refers to both highly experienced ex-regulars (Such as the 51-year old Impala pilot who was given free reign to go out on solo intruder sorties over enemy territory – his extensive experience flying ground strike in the Korean War in Mustangs being put to further use), and the citizenry itself, whether they be the housewife who proves adept at providing long-range radio comms to units on external ops, or the private pilot who has rigged his light aircraft with 2 underwing AK-47s when airborne and spotting for enemy incursions!

5/5 mushroomheads for a book that is both outstanding military history and a useful work of reference for today’s conflicts.
'Tell them nothing. Then tell them who won.' 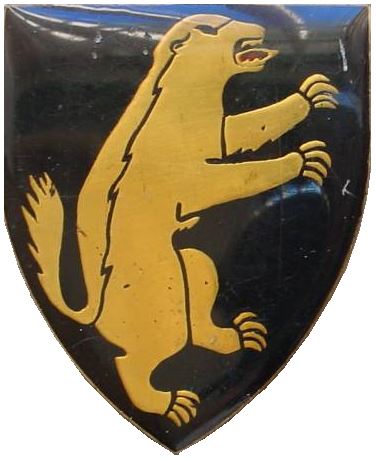 A photographic History of Infantry Warfare 1939-1945