Ian Castle has been writing about military history for over thirty years but for the last fifteen has concentrated on the German air raids against Britain during World War one. He has a dedicated website www.IanCastleZeppelin.co.uk. This book 'Zeppelin Inferno' is the second in his 'Forgotten Blitz' series and covers 1916. 'Zeppelin Onslaught', which I have not read, covered 1914 to 15.

The book is the chronological story of all the raids carried out on Britain during 1916 by fixed wing aircraft and both the German Army and Navy's airship arm, directed by Korvettenkapitan Peter Strasser. He had the vision of strategic bombing from the air on important industrial and military targets and degrading a nations military efficiency as a result. While the image of colossal airships roaming at will over Great Britain made for good imagery and propaganda, the technology to conduct strategic bombing by lighter than air craft would never mature in the face of improving air defences. Indeed, even when Zeppelins found themselves in the area of important targets, usually by accident, the bombing was so inaccurate that it was usually the working people in their nearby houses and cottages who seemed to receive the Germans' wrath. Is it any wonder that when Zeppelins were shot down that there was wild cheering. In the vein of one man's death is a tragedy, a thousand a statistic, the comparatively few deaths caused by the Zeppelin raids allows the naming of most of the casualties caused adding human pathos to the tale; from people killed outright by the bombing; the tragedy of a child safely scooped up by it's mother, who then panicked and dropped the child on it's head. The child born during a raid and named Zeppelina by her parents. Many areas of the countryside were bombed, either by airships lightening their load, jettisoning bombs, or the belief they were over their targets, resulting in the catalogued loss of cattle, sheep, horses, chickens and rabbits. While not documented, it is likely a large amount of sea-fish were also killed.

The airship officers are covered. Determined captains such as Heinrich Mathey and Werner Peterson, both shot down and killed in a fiery death or the thrill of free fall before their sudden demise; witness accounts of the deceased are disturbing reading. Alois Bocker and Jochim Breihaupt, brought down and made POW, to Oberstleutnant Horst von Buttlar, a dedicated fish killer who survived the war and whose 'enthusiastic' and fantastical after action reports would make Baron Castleshort blush. It struck me that the German effort in resources and men received poor return from even those determined captains who did their absolute best, this being a reflection of the state of the technology of the time.

After a faltering start the British air defences improved to a point to where searchlights and guns brought attrition to the airship raids and aeroplanes became their nemesis. The first airship downed was by anti aircraft fire, although it came down at sea. William Leefe Robinson VC is of course mentioned for the destruction of SL 11, a Schutte-Lanz airship rather than a Zeppelin. For not being first Frederick Sowrey DSO, Wulstan Tempest DSO and Alfred de Bathe Brandon MC DSO are generally lost in history. It strikes me that another important factor in the defence of Great Britain against the airships was the weather. The poor state of the art of forecasting and the fickle North Atlantic weather led to many airships encountering contrary winds, rain, hail and fog, making navigation difficult and many plots ridiculously out.

As mentioned the book is chronological in order and can either be read as a whole or dipped into as required. On saying that there are a few cliff-hanger chapter endings where you do want to go onto the next chapter to find out. But somehow the book never really gripped me; it has a dry, studious tone and was was easy to put down in the middle of a chapter. It's like data in a readable format. While it is not unenjoyable, with the exception of the few cliffhangers it felt more of a chore than a pleasure, which is a shame. I remember reading a similar book as a child where it all seemed exciting and romantic. Perhaps this should not be unsurprising considering the amount of information in the book.

The book has 317 reading pages, eight pages of maps, 16 of monochrome photos, appendixes covering airship numbering, airship and aeroplane raids in 1916 and individuals killed during raids. For the more studious of us there is a detailed bibliography, notes for each of the 21 chapters, a general index, and indexes of places bombed, airfields, AA guns and searchlight positions.

For an often over looked part of World War One this is a good story and reference book melded into one. I am glad I persevered with it and award it four Mr Mushroom heads. 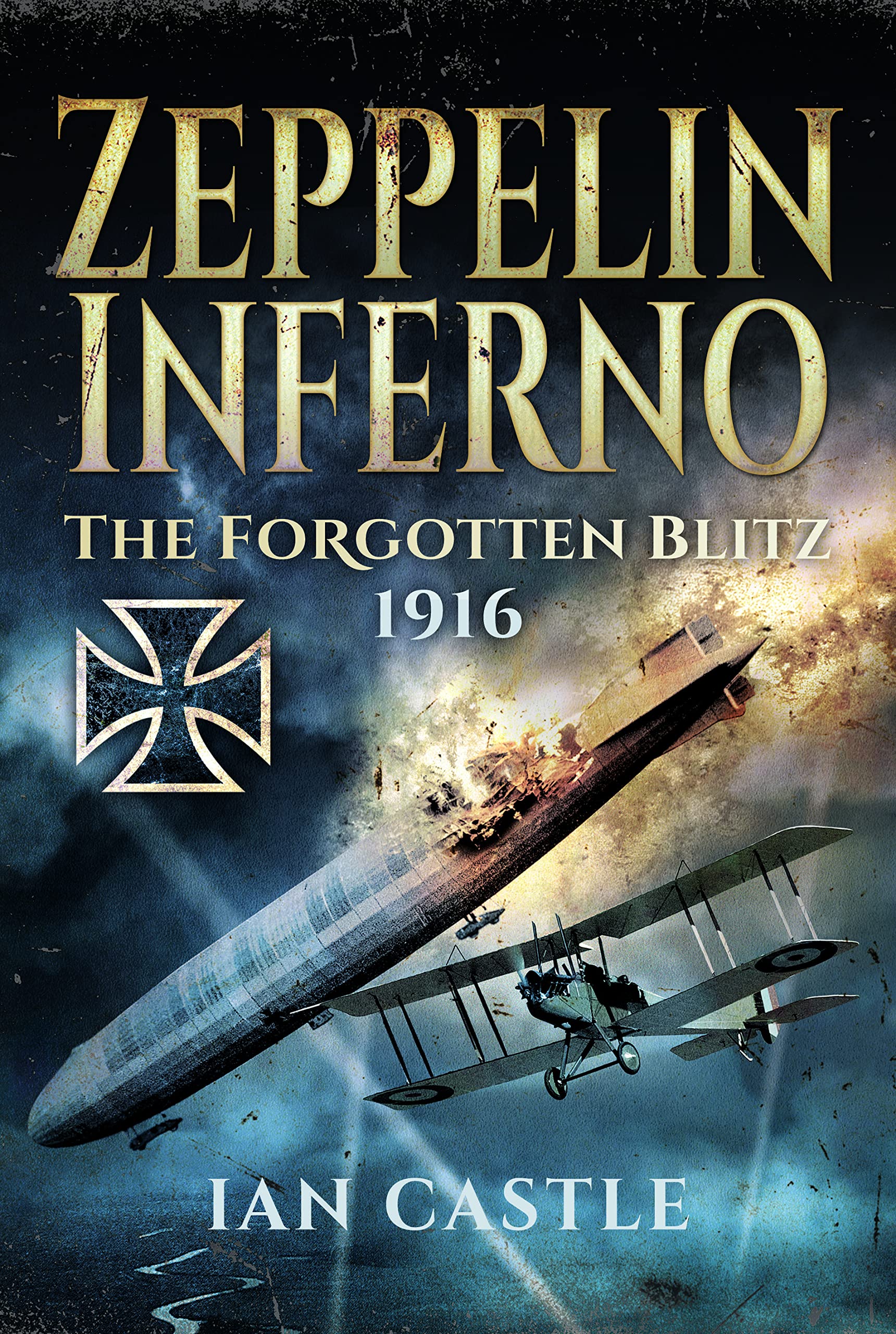